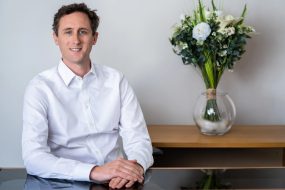 Prior to founding QuotedData in 2013, Edward spent over 10 years in investment banking with Cazenove (now JP Morgan Cazenove) and before that, Collins Stewart (now Canaccord Genuity).  At Cazenove, Edward focused on Investment Trusts, working with the number-one Extel-rated team, and broadened his focus to Pan European equities, servicing a global investor base and raising over €1 billion for companies. Afterwards Edward set up an equity agency broker that was subsequently sold to SpareBank1Markets, part of the second biggest savings alliance in Norway. Edward sits on the Marten & Co board. 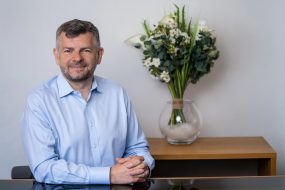 James started his career at M&G in 1984 where he wrote research on a wide variety of UK companies and managed a number of UK equity funds as well as M&G’s Fund of Investment Trusts. From 2001-2010 he managed Advance UK Trust PLC, a global fund of funds that promoted good corporate governance within the closed-end fund industry. James has been a non-executive director of several companies. He writes articles on the closed-end fund industry for  various publications, including a regular column in Citywire, and sits on the judging panel for the Investment Company of the Year Awards. James also sits on the Marten & Co board. 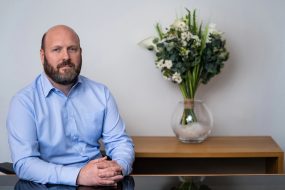 Matthew graduated in economics from the University of York in 1995 and, following a period working in the Insurance broking industry, gained his MSc in Finance from Cass Business School in 2000. Mathew has considerable experience in analysing closed end funds; first of all for Quantec Ltd, as part of his MSc studies, and then at Teather and Greenwood where Matthew produced daily statistics and weekly recommendations on investment trusts while providing analytical support to the corporate finance, institutional sales and market making functions. In 2002, Matthew made the shift to writing sponsored research, initially at Hardman & Co and then at Edison from 2008, where the client base expanded from just two funds to over 50 during his tenure. 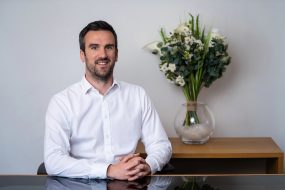 Richard started his career as a journalist and his work has been published in many of the UK national newspapers. He has been covering the real estate market for more than eight years, most recently as news editor at leading real estate trade publication Property Week. Richard has an in-depth knowledge of the property sector with a focus on the industrial and retail markets, and has vast experience in writing news, analysis and comment on the real estate sector. He has regularly chaired panel debates at industry events including at international property conference MIPIM. 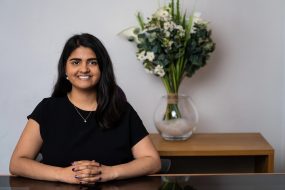 Jayna graduated with a Masters degree in Multimedia Journalism from the University of Kent in 2015 before starting her career as a financial journalist. She was the investment trust reporter at leading trade title Investment Week, where she won the Association of Investment Companies’ Best Trade Journalist of the Year award for three consecutive years and hosted and produced the publication’s monthly podcast. More recently, she worked as the investment reporter at This is Money, the award-winning financial section of the MailOnline. Jayna has extensive knowledge of the closed-ended sector and vast experience writing about complicated financial products and processes in an accessible manner for both retail and institutional audiences. She also holds the NCTJ Diploma in Journalism at Gold Standard.

Event sales – David has over 30 years’ experience in the Investment Trust and Structured Investment sectors, working in research and sales roles for investment banks, such as CSFB and ABN AMRO as well as stockbrokers/distributors, such as Winterflood Securities and Meteor Asset Management. As an analyst David developed statistical reports which have been widely used in the analysis of split capital investment funds and structured investments. He has extensive experience in investment fund IPOs including the launch of the Polar Capital Global Healthcare Trust and the Henderson International Income Trust. More recently he has acted as a distributor of structured investments to both institutional managers and retail advisers.

Nicole is an editor of over 12 years’ experience, specialising in law and compliance. Originally a journalist and subsequently a legal compliance editor for Wolters Kluwer, she has also been editor for, amongst others, Legal & General, three Magic Circle law firms, Chambers & Partners and the CIPD.

She is a consultant with the London Centre of International Law Practice, and an examiner at Linklaters LLP.

Ella develops strategic campaigns across many social media platforms, optimising these platforms by finding and engaging with key influencers, as well as developing content strategies and reports on key performance indicators. For six years she worked at Lazard Asset Management as a Sales Support Executive in its Third Party Distribution Team, focusing on looking after clients, supporting the sales managers and promoting new products to a wide range of financial institutions. 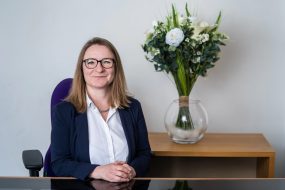 Emma is a communications professional with over 15 years’ experience in the financial services sector, initially working in the press office of the Securities and Investments Board and as an agency executive at Lansons Communications, followed by senior PR roles at the Association of Unit and Investment Trusts and M&G Investments. She has worked as a freelance editor for the last 5 years.

We also have an extensive support team across a range of functions, such as: IT, web development, data management and analytics, CRM and other tech stack maintenance, SEO, online advertising, email campaigns, partnership development; and other operational and administration roles such as HR, compliance, legal, accounts and good old fashioned data inputting.