Stock Split on the cards at European Assets Trust 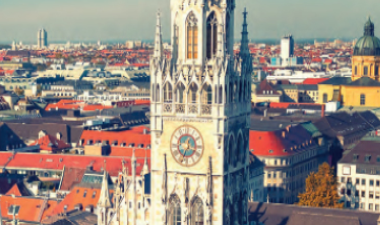 In response to feedback and to improve marketability, the company will seek approval from shareholder at the next AGM to arrange a stock split.  If they agree, with effect from 3 May 2018 each shareholder will receive ten shares for every one share held.  The quarterly dividends payable on 31 July and 31 October 2018 would be adjusted commensurately from €0.22 to €0.022 per share.

Each share will have a nominal value of €0.10 in comparison to the current nominal value of €0.46 with the resulting obligation to increase share capital by €0.54 for every ten shares met by an accounting adjustment to the share premium reserve of the company.

Market leadership, particularly during the second half of the year, transitioned towards more value and cyclical sectors. The fund managers pointed out that these areas are not where their investment approach is naturally predisposed. This change goes some way to explain how the portfolio performed through the year, with a better relative return in the first half and not so strong in the second..

The best performing sector was also the largest sector, industrials, where the total return of the company’s holdings comfortably outperformed the benchmark. Financials was the other sector, which performed particularly well. As with industrials, the company has a substantial weight in this sector and its holdings comfortably outperformed the benchmark. The managers have believed for some time that this sector has been unfairly maligned. This has given the opportunity to invest in some quality businesses with valuations significantly below their intrinsic value. Negative contributions to performance in an otherwise successful year came principally from specific stocks.

EAT : Stock Split on the cards at European Assets Trust

Tetragon Financial’s investor day on Wednesday 29 April 2020 has been cancelled in light of the current restrictions. However, it will host a conference call for investors on […]

European Assets management fee to be lowered by 5bps

European Assets (EAT) has announced an amendment to the basis of calculation of its management fee payable to BMO Investment Business Limited (the manager). Previously, the manager received a […]

European Assets Trust is redomiciling to the UK

European Assets introduces tiered fee –  In response to a sustained period of growth in net assets, the Supervisory Board of European Assets Trust NV has decided to […]