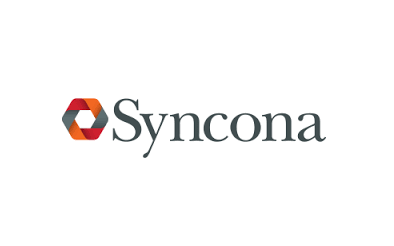 UK hybrid biotech investor/fund-of-funds Syncona (SYNC) should be able to take a c£64m increase in the value of its shareholding in Blue Earth Diagnostics this month, after the company was revalued on the back of an licensing agreement. The value of Syncona’s 90% holding in the diagnostics company will rise from £123.1m to £186.8m  – equivalent to 9.7p per share on NAV – after Blue Earth obtained an exclusive worldwide license for cancer imaging agent, rhPSMA-7, from Scintomics.

The deal expands Blue Earth’s leadership position in the radiopharmaceutical space and complements its lead product, Axumin. Blue Earth has also seen strong quarter on quarter growth in sales of Axumin, with unit sales in fifth and sixth trading quarters of 3,700 and 5,000 respectively.

The rise in the portfolio value may come at the same time as the proposed US IPO of Autolus, in which Syncona currently owns a 42% stake. This IPO is tentatively scheduled for May. If successful, it may also provide a valuation uplift.

Syncona recorded a 1.2% rise in its NAV in March, principally as a result of a recovery in the value of its holding in US-listed Nightstar Therapeutics. Syncona holds a 42% stake in this Nasdaq-quoted, but UK based gene therapy company, which currently accounts for 12.5% of its NAV. Nightstar is developing a gene therapy, NSR-REP1, for choroideremia, a rare, degenerative, X-linked retinal disorder and is conducting a Phase III study that could support a regulatory filing in 2020. The company is also conducting a Phase I/II trial of another gene therapy, NSR-RPGR, for X-Linked Retinitis Pigmentosa, which may render some initial data in the second half of this year.

Syncona discloses monthly values for its three largest investments: Nightstar, Blue Earth Diagnostics and Autolus, which together account for around 30% of its NAV.

Syncona well-placed to back its portfolio through adverse market

Syncona’s results for the financial year ended 31 March 2022 show an NAV total return of just 0.3%. However, this was a long way ahead of the -12% return on the NASDAQ Biotechnology Index. A significant NAV uplift achieved through the sale of Gyroscope to Novartis and multiple successful private financings offset the decline in […]