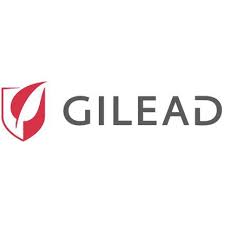 Gilead Sciences, a widely held stock among biotech investment trusts and a top 10 holding for BB Biotech (BBB, 5.1% of NAV) and Biotech Growth Trust (BIOG, 3.9%), is expected  to report top-line results from two trials involving its JAK 1 selective inhibitor filgotinib in rheumatoid arthritis (RA) and in ankylosing spondylitis (AS) – a form of arthritis that affects the spine – by the end of this quarter, possibly later this month. Those trials are the so-called Finch-2 Phase III study in RA – the first of three Phase IIIs in this indication – and the Tortuga Phase II in AS. The larger Finch-1 and Finch-3 trials, which recruit different types of RA patient based on their response to conventional therapies, are due to report results in December this and April next year.

The results from Finch-2 and Tortuga are being closely watched not so much because of the possibility of an efficacy surprise – they are likely to be positive as the drug’s target is well validated – but for safety, because of issues surrounding the incumbent agents. If filgotinib shows a clean safety profile, it could be highly competitive despite likely being the fourth JAK inhibitor to reach the market for autoimmune conditions. Two such drugs are currently approved:  Pfizer’s Xeljanz, a JAK1/2 inhibitor, which is indicated for RA, psoriatic arthritis and ulcerative colitis, and Lilly’s Olumiant, which is cleared for RA and in late stage trials for atopic dermatitis and systemic lupus erythematosis. Meanwhile, AbbVie’s upadacitinib is slightly further ahead of filgotinib in development for RA (with four positive Phase III trials already reported) with a number of late-stage trials underway for atopic dermatitis and Crohn’s disease.  Filgotinib is, however, the most advanced Jak inhibitor in Crohn’s, albeit only by a few months over upadacitinib. Pfizer discontinued R&D work on Xeljanz in Crohn’s, while Lilly has never developed Olumiant for disorder.

Meanwhile, there is growing interest in the next generation of kinase inhibitors for autoimmune conditions, notably from the TYK2 and TYK2/Jak-1 kinase class. Bristol-Myers Squibb has the leading TYK2 inhibitor with BMS-986165, which has just entered Phase III trials for psoriasis and is in mid-stage studies for systemic lupus erythematosus and Crohn’s. BMS  is set to disclose what it has described as “exciting” data from a Phase II study of BMS-986165 in psoriasis at a scientific conference in mid September. Pfizer has a TYK2/JAk1 inhibitor, PF-06700841, which is in mid stage studies for psoriasis, Crohn’s and ulcerative colitis (UC). Only two other companies are known to have compounds with a TYK2 inhibition mechanism, both of which are in preclinical development. One is the private US company, Nimbus Therapeutics, the other is the LSE-listed biotech, Sareum.

Mid-to-late stage trials involving filgotinib are summarised in the table below.