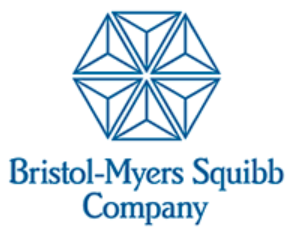 Bristol-Myers Squibb (NYSE : BMY) is set to disclose data next week from a Phase II study on its TYK2 inhibitor BMS-986165 in psoriasis that supported a recent move of the asset into Phase III trials. This disclosure, which so far has received relatively little investor attention, has the potential to surprise if – as is possible – the data suggest it has a profile comparable to or better than Celgene’s Otezla.

In June, BMS started enrolling into two planned Phase III trials with its TYK2 inhibitor for psoriasis, one in 600 and the other 1,000 patients, the latter including Otezla – which is also oral but has a different mechanism – as an active control. This move represented a significant R&D commitment to the product, given it is also in mid-stage studies for systemic lupus erythematosus and Crohn’s disease. This decision was made on the back of Phase II data that are due to be disclosed at a scientific conference on 13 September (European Academy of Dermatology and Venereology or EADV).

The Phase II study in psoriasis recruited 270 patients and tested five different dose levels versus placebo. The primary endpoint was the proportion achieving a 75% reduction in Psoriasis Area and Severity Index (PASI-75) at 12 weeks. Although it is highly problematic to compare results across different trials, for reference Otezla showed a 28-33% PASI-75 rate (versus 5.4-5.8% for placebo) at 16 weeks. Pfizer’s JAK inhibitor Xeljanz – which was rejected by the FDA for psoriasis on grounds of safety – showed PASI-75 scores of 39-59% depending on dose (vs 6-11% for placebo), also at 16 weeks. Methotrexate achieves a PASI-75 rate of about 35% at 16 weeks.

If the BMS-98615 psoriasis data are strong, some investors may also be interested in the potential read-across to a little-known UK microcap Sareum (SAR), which is one of only three other companies known to have a TYK2 inhibitor in formal development. The other two are Pfizer, which has a TYK2/JAk1 inhibitor, PF-06700841 that is in mid stage studies for psoriasis, Crohn’s disease and ulcerative colitis (UC), and the private US company, Nimbus Therapeutics. Both Sareum and Nimbus are in late preclinical development.

Celgene has an option over the Nimbus compound and this arrangement may explain its recent decision to abandon further development of Otezla in ulcerative colitis, a decision it justified on the grounds that it has another asset that it planned to take forward in the GI area that had a stronger business case.

Tyrosine kinase 2 (Tyk2) is a member of the JAK family that phosphorylates STAT proteins downstream of the IL-12, IL-23 and the Type I interferon receptor. These cytokines are all of key drivers of autoimmune disorders by activation of the transcription factors called STATs (signal transducer and activator of transcription).  To date, the industry’s efforts in this area have largely focused on inhibiting JAK kinases, although obtaining sufficient selectivity for JAK1 – one of three JAK kinases – has been the main issue (several of the TYK2 inhibitors also hit JAK1).

There are at least five JAK inhibitors – two of which are approved – in development for autoimmune conditions, although none of these are in late stage development for psoriasis. The two approved agents are Pfizer’s Xeljanz – indicated for rheumatoid arthritis (RA), psoriatic arthritis and ulcerative colitis and Lilly’s Olumiant, which is cleared for RA and in late stage trials for atopic dermatitis and systemic lupus erythematosis.

The three development-stage JAK inhibitors for autoimmune conditions are: AbbVie’s upadacitinib (with four positive Phase III trials for RA) and late-stage trials for atopic dermatitis and Crohn’s disease; Gilead’s filgotinib for RA (with the first Phase III results due imminently) and Phase II for Crohn’s disease; and Theravance’s “intestinally-restricted” pan-JAK inhibitor TD-1473 (in Phase IIb/III for ulcerative colitis and Phase II for Crohn’s). The latter product is subject to a licensing deal with J&J, which paid a $100m upfront and agreed to $900m in development milestones to obtain commercial rights. AbbVie is due to report additional data from its Phase IIb trial of upadacitinib in atopic dermatitis at EADV. One other JAK inhibitor, Incyte’s itacitinib, is in development for ulcerative colitis (Phase II), although a greater effort is directed towards the development of the compound in cancer (and graft versus host disease).