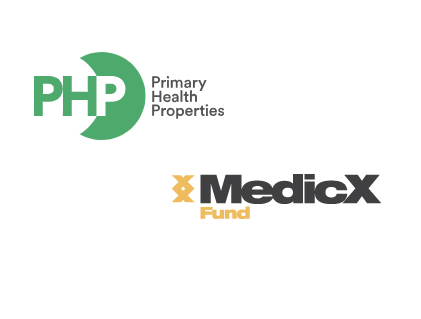 New shares in Primary Health tradeable following MedicX merger – following on from the announcement on 14 March 2019 by MedicX Fund Limited and Primary Health Properties (PHP) that their merger had become unconditional in all respects, PHP announced that dealings in the new shares became effective at 8.00 a.m. today (March 15, 2019). The shares will trade on the London Stock Exchange main market.

The merger between the two real estate investment trusts was agreed in late January 2019, with existing MedicX shareholders receiving 0.77 new shares for each existing MedicX share they held. The deal sees PHP owning 69% of the new entity. These new shares rank equally in all respects with the existing ordinary shares in issue, including the right to receive and retain dividends and other distributions.

The merger has created the UK’s largest healthcare property investor with a portfolio of nearly 500 properties worth £2.3bn. At around 90%, the NHS accounts for the vast majority rental income generated by the original PHP portfolio, with pharmacies picking up most of the rest.

The PHP and MedicX boards believe that there is a compelling strategic, operational and financial rationale for the merger.

The combined company will have:

Primary Health Properties (PHP), has acquired a portfolio of 20 purpose-built medical centres for £47.1m. The company, which owns a portfolio of primary healthcare facilities, has also conditionally […]

Value to be found in property funds

Primary Health Properties (PHP) has reaffirmed its dividend policy with its business less impacted by covid-19. The company, which owns primary healthcare facilities in the UK and Ireland, said […]

In QuotedData’s other news 12 February 2020 – Witan Investment Trust has announced that it has become a signatory of the UN supported Principles for Responsible Investment (PRI). The PRI […]

Primary Health Properties (PHP) has announced its annual results for the year ended 31 December 2019. This is a year that its managing director, Harry Hyman, describes as […]