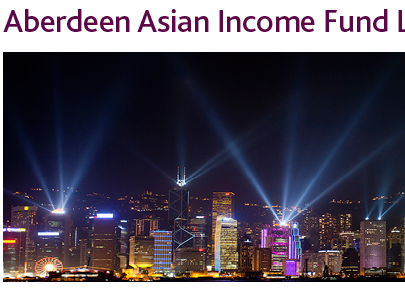 Light China exposure helps Aberdeen Asian Income in 2018 – Following a difficult year for Asian stocks, it comes as little surprise that Aberdeen Asian Income (AAIF) has reported a single-digit decline in its NAV. Unlike in 2017, where the fund’s light exposure to China saw it miss out on the technology-fuelled buying spree, it was a good to be less exposed in 2018. AAIF has participated well in this year’s rally so far, with its shares up nearly 9%.

Commenting on the results, the fund’s chairman, Charles Clarke, said: “2018 was a tumultuous time for Asian markets, especially following the good run enjoyed the previous year. The political posturing and protectionism that I mentioned in the half yearly report dampened returns in the region but sentiment has been improving as the US and China look to reach a mutually agreeable trade agreement. However, investors had to contend with heightened political risks outside Asia, including brexit and volatile commodity prices, which added to the uncertain environment.”

Main risks all still in play

Looking ahead, Charles went on to say: “There are no quick fixes for prevailing headwinds so it is likely that market volatility will persist.  An immediate resolution to US-China trade tensions appears elusive, given the issues at stake. The global macro backdrop remains weak while further deceleration in China could have a ripple effect across the region. In addition, political uncertainty could ratchet higher as voters in Indonesia and India go to the polls.

That said, the Fed’s now dovish tilt in policy should bring some respite across Asia, potentially easing funding and financing costs for companies. Financial deleveraging should leave China on a better footing as Beijing rolls out consumption-led stimulus to shore up the domestic economy, while ensuring sustainable growth. In the longer term, Asia’s compelling investment case remains intact. Regional economic growth still outpaces the rest of the world. Structural trends, such as premiumisation (ie attempting to make a brand or product appeal to consumers by emphasising its superior quality), rising urbanisation, e-commerce and electrification, should continue to underpin the upward trajectory and drive corporate earnings.

Aberdeen Standard Investments, AAIF’s manager, added: “In such a risk-averse environment, our strategy does not change. We remain defensive and will continue to focus on high-quality companies with solid balance sheets and proven track records in their ability to pay dividends over the long term. We believe that volatility also creates opportunities, especially for quality-focused stock pickers that focus on fundamentals. Following the market correction in 2018, valuations in Asia are looking attractive both relative to their historical average and compared to other global regions.”

Aberdeen Asian Income Fund (AAIF) has announced that it is formulating proposals to migrate its tax residence to the UK and to apply for UK investment trust status. […]

Aberdeen Asian Income Fund reports that its NAV rose by 29.9% over the course of 2016, outpacing the 27.7% rise in the MSCI All Country Asia Pacific ex-Japan Index […]