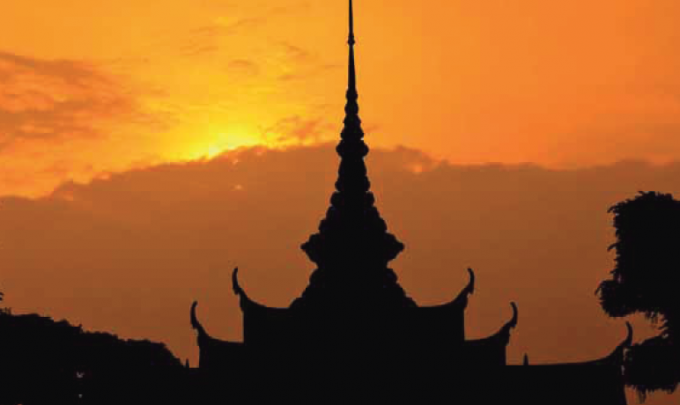 China and India deliver for Aberdeen New Dawn – Back in October 2018, we published a research note that discussed moves by Aberdeen New Dawn’s (ABD) to take advantage of selling across Asian markets to increase its exposure to China (click here to access this research note). This has worked out well; ABD reported year-end results to 30 April 2019 this morning with China among the strongest performing major global markets over the first few months of 2019.

ABD delivered an NAV total return of 4.9% over the year, beating its benchmark by 1.9% in the process, while the shares returned 8%.

ABD mainly accesses China through its holding of the Aberdeen Standard – China A Share Equity Fund. The vehicle invests in firms with solid balance sheets, healthy cash flows and good earnings visibility. They are also domestically focused companies in sectors such as consumer, travel and healthcare that have been more insulated from trade-related pressures. The manager of ABD attributes the relative outperformance of the A share fund to locally based holdings, amid slowing growth and heightened trade tensions.

Upbeat on India too

ABD retains its constructive view on Indian equities, which also performed well. At the year-end, India was the largest portfolio holding, at 11.7%, through the Aberdeen Standard Indian Equity fund. The following extract from the ABD manager’s report discusses their India view:  “The portfolio’s holding of the Aberdeen Standard – Indian Equity Fund was among the best performers in the portfolio for the year. This fund holds companies with dominant market positions and good growth potential, such as Hindustan Unilever, UltraTech Cement and Housing Development Finance Corporation. These companies have competent managements and proven history of achieving above-industry returns almost irrespective of the macroeconomic and political conditions in the country.

While the Indian market performed well over the period, it was a rollercoaster ride as a strengthening US Dollar and rising oil prices put pressure on the currency and current account. A liquidity crunch in the non-bank financial sector and a dispute between Pakistan and India further exacerbated concerns. Pressures eventually eased, however, as geopolitical tensions receded and the central bank intervened to cut interest rates and inject liquidity. Positive momentum for the incumbent Bharatiya Jain Party (BJP) in the run up to the general election lifted markets. At the time of writing, the BJP had won a landslide victory, paving the way for Prime Minister Narendra Modi to push through further reforms in his second term that should bode well for the market and economy over the longer term.”

The manager went on to note that Singapore, another key market, lagged the region on concerns over trade tensions and weak global growth. Caution took over as companies kept more cash on balance sheets and the property sector was pulled down as the government enacted demand-stemming measures.

abrdn New Dawn (ABD) has published its interim results for the six months ended 31 October 2022. During the period, ABD provided an NAV total return of -12.7%, […]

abrdn New Dawn (ABD) has published its interim results for the six months ended 31 October 2022. During the period, ABD provided an NAV total return of -12.7%, which is modestly ahead of the equivalent return on its benchmark, the MSCI All Countries Asia Pacific ex Japan Index, of -13.7% (all in sterling terms). The […]

abrdn New Dawn Investment Trust has published results covering its financial year ended 30 April 2022. In a difficult period for markets, the trust slightly underperformed its MSCI All Countries Asia Pacific ex Japan benchmark, returning -11.0% in nAV terms and -11.8% in share price terms against -9.2% for the benchmark. An unchanged dividend of […]

Pacific Assets has a better year

Pacific Assets Trust has published results for the 12 months ended 31 January 2022 and the figures are much improved on previous years when it suffered from relatively low exposure to China, although unfortunately still behind its performance objective. The net asset value per share total return of 9.1% compares with the return of the […]

Aberdeen New Dawn turns performance around in ‘year of upheaval’ – Aberdeen New Dawn (ABD) has posted its annual results for the year to 30 April 2021, during which time it delivered a 48.3% share price total return and a 43.4% NAV total return. This was a significant turnaround on last year’s results which saw […]

Aberdeen New Dawn positions itself to ride out the storm – Aberdeen New Dawn says that, for the year ended 30 April 2020, its return to shareholders was -8.4%. The NAV return was only marginally behind that of the MSCI All Countries Asia Pacific ex Japan Index benchmark (-5.5% versus -5.2%) but the turmoil associated with […]

In QuotedData’s other news 28 June 2019 Origo Partners results to end December 2018 (ancient history now) show its NAV halving from 3.9 cents to 1.8 cents, down to: – (i) write offs of the company’s investments in Celadon, Gobi Coal, Staur Aqua, Fram, Six Waves, and Unipower; (ii) realised losses from the company’s sale of its […]

Aberdeen New Dawn overcomes heightened volatility – Aberdeen New Dawn (ABD) aims to provide shareholders with a high level of capital growth through equity investment in the Asia Pacific countries ex Japan. Performance In its annual financial report for the year ended 30 April 2018, the company reported that its NAV rose by 12.9% during a challenging […]