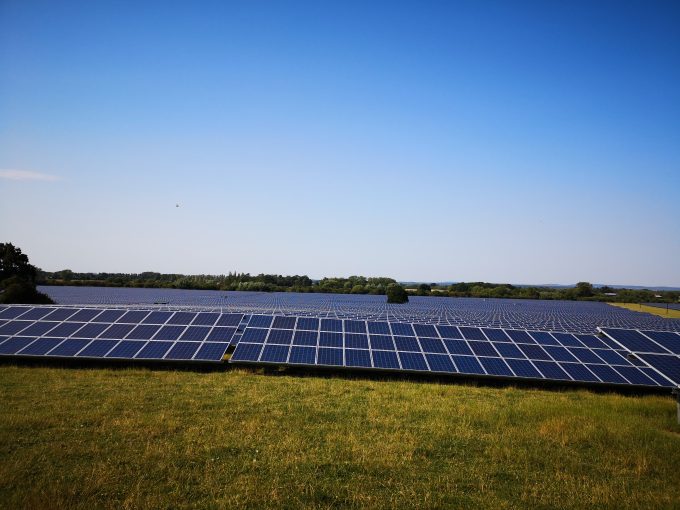 QuotedData visits Bluefield Solar’s Elms farm – Earlier this week, QuotedData attended an analyst and investor site visit arranged by Bluefield Solar Income Fund (BSIF). BSIF is a client of our sponsored research service – we published an initiation note earlier this year, which you can access here.

We figured it would be interesting to share some of our findings from the visit. Before visiting BSIF’s 29 megawatt (MW) Elms solar farm (all photos included were taken on site) in Oxfordshire, we went to Bluefield’s technical asset management offices in Bristol (effectively the ‘control room’ for all sites), where portfolio supervision, monitoring and performance optimisation activities are carried out for BSIF. We spent about an hour at Elms farm, where temperatures were sweltering at above 30c, which interestingly is beyond the ideal temperatures for efficiently converting sunlight into power.

Renewable energy infrastructure funds have been attracting a lot of interest with a number of existing funds successfully raising new money over recent months, while the sector has been at the forefront of new issue activity too (Aquila European Renewables Income and US Solar Fund launched). A significant increase in UK power prices over the past 18 months (we’ll touch on this), attractive yields (typically above 5.5%) and the fairly predictable cash flows the funds have locked-in are some of the reasons behind why premiums in the sector have widened in 2019. BSIF began the year with its shares trading at a premium to NAV of about 10%; this has widened to over 20%.

Bristol control room drives it all

Before we begin, it probably makes sense to briefly run through BSIF’s corporate structure, as specialist renewable funds typically are setup differently to many of the more conventional equity or bond funds.  BSIF is setup as a parent company with investments carried out by a holding company, which in turn are held in special purpose vehicles (SPVs). BSIF has an asset manager (Bluefield Services) and an investment advisor (Bluefield Partners); Bluefield Services runs the ‘control room’ in Bristol and is responsible for all monitoring activity.

Figure 3: An inverter at Elms 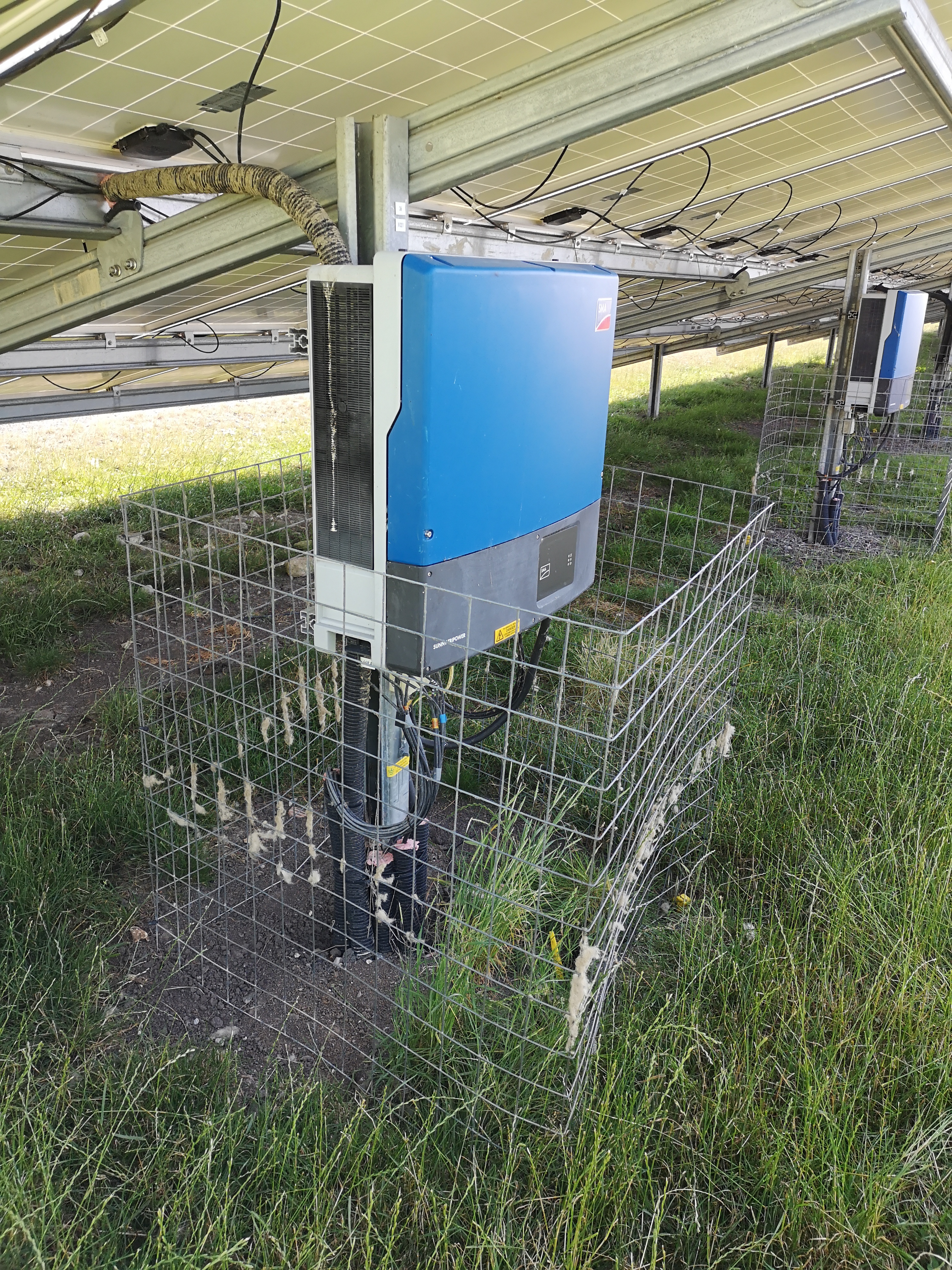 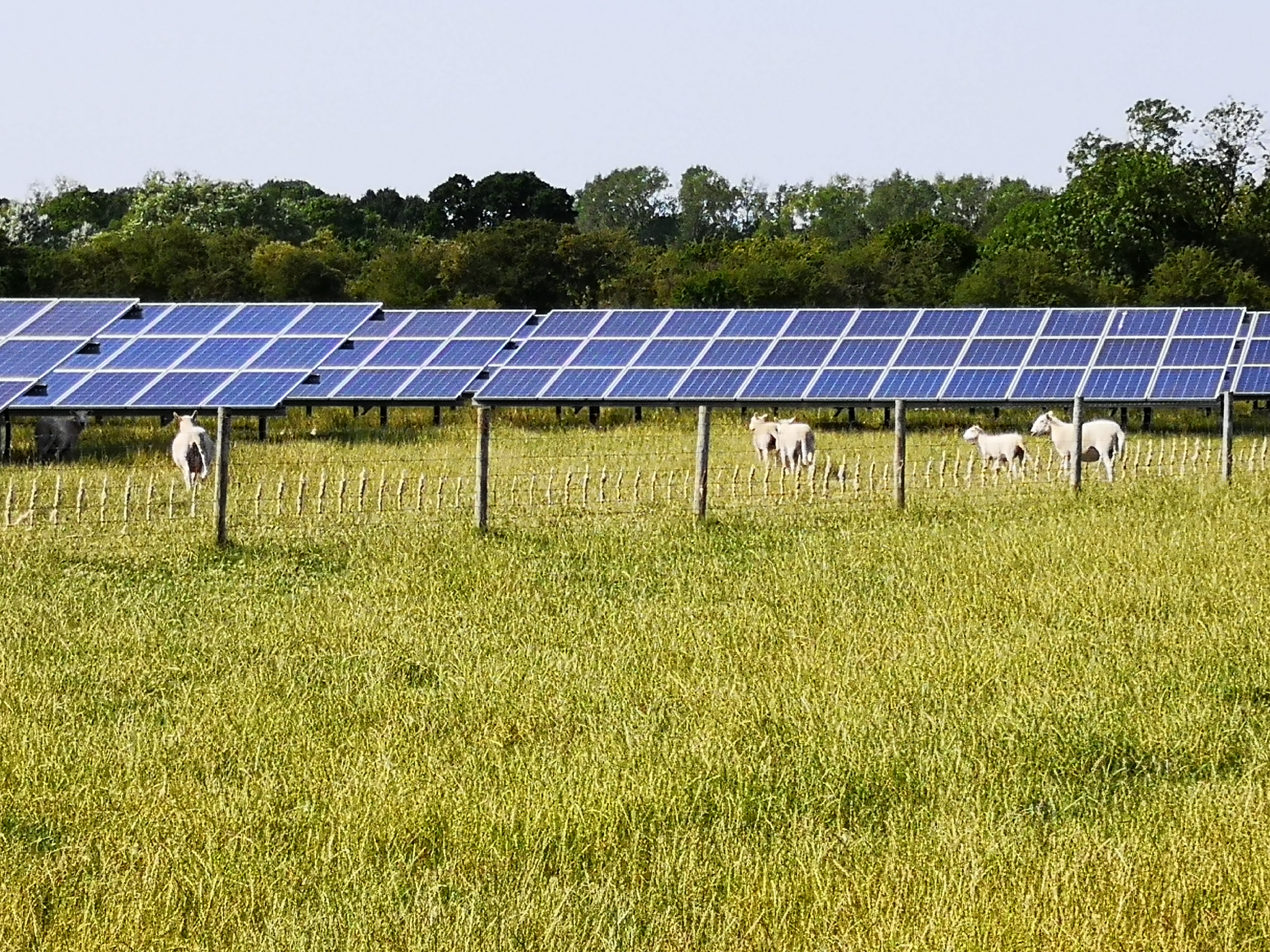 We reached the 29MW Elms site at 4pm. Everyone had to put on wellies and wear safety jackets. We were taken around the farm by one of the on-site technicians and were also accompanied by Howard and some of the team from Bluefield Partners (the manager). It is a sprawling site that looked particularly striking under the hot sun and blue skies. BSIF acquired the site in 2015 for a commitment of £32.8m.

For context, we were told that a 50MW site would have the capacity to power a small town over a year. We walked around one area of the site over the hour we spent; it would take several hours to cover the whole space. There were sheep everywhere, happily co-existing with the solar panels, with many taking shelter under the panels.

The past 18 or so months have been very conducive to solar power in the UK. An exceptionally hot and dry summer in 2018 provided ample solar irradiation (the power source of solar assets); that said, even without the blistering summer, the average daily sun hours seen in the UK is remarkably consistent (shown in figure 5). Power prices also increased meaningully in 2018, coming close to 10-year highs. The main driving forces behind the power prices are though to include higher commodity prices (coal and natural gas) and a reform of the EU’s emission trading system, which is expected to lead to scarcity of carbon credits.

Expanding has been harder though. The cost of buying secondary assets has increased considerably with competition for these high yielding projects growing and less new supply coming following the reduction of government subsidies (for those interested in the finer detail behind the sector, including the subsidy environment, we suggest reading our BSIF initiation note). BSIF told us they were focusing on operational improvements at their existing sites and in terms of expansion, the improving economics of solar mean they see the greatest opportunity coming from subsidy-free expansion. The cost of producing solar energy is coming down and China toning down its solar subsidies is bringing the cost of equipment down due to oversupply. We were also told at Bristol that BSIF prefers being the ‘owner’ of projects for legal reasons; when you buy secondary assets you often inherit contracts with suppliers/contractors which might not be ideal to your needs. 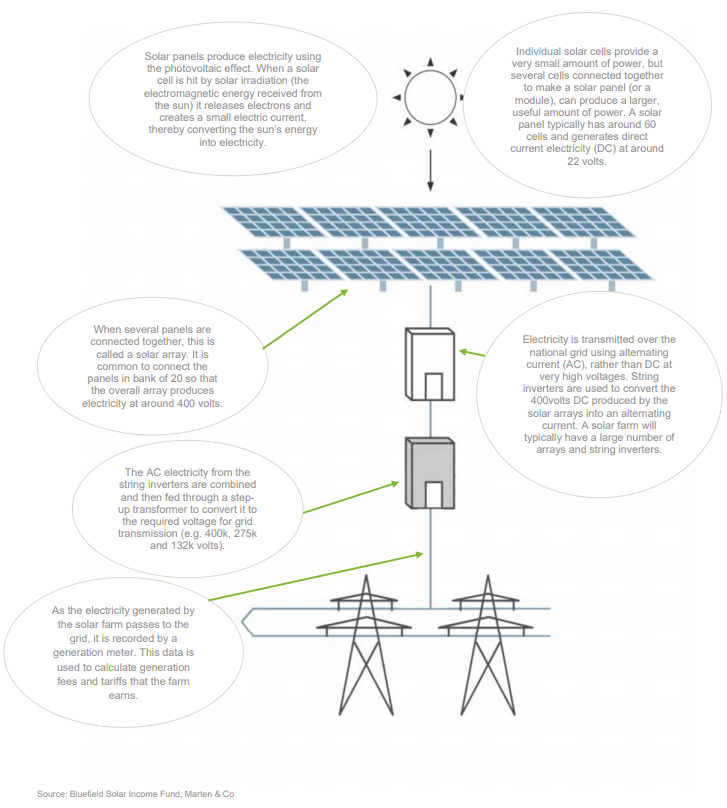 Sunny days for Bluefield – Bluefield Solar’s interim results for the six months ended 31 December continue on a positive note. Highlights are: Shareholders approved an expansion of […]

Bluefield Solar Income (BSIF) has announced a proposed placing at a price of 124p, with the intention of raising a target of approximately £45m to repay a drawn revolving […]

Bluefield Solar seems to be riding out the storm