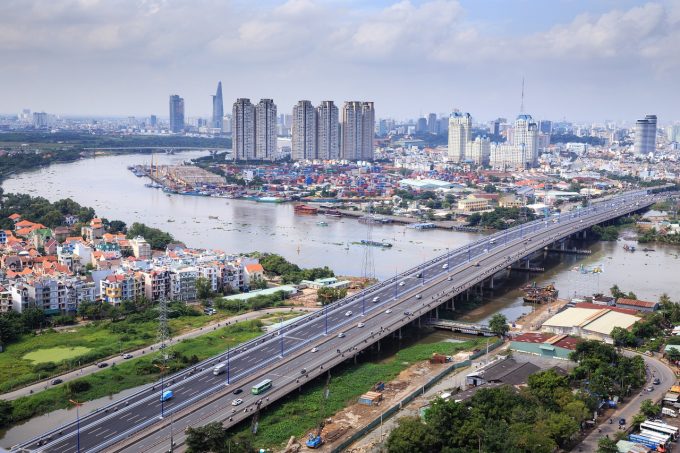 QuotedData takes a look at Vietnam – QuotedData recently attended a investor presentation by a London-listed Vietnam country-specialist investment company. We figured it would be interesting to share some findings given the level of interest in Vietnam, on the back of strong economic and stock market performance, shaped by its evolvement beyond low-cost manufacturing. The political landscape is stable too. Risk-wise, investors present at the event used much of the Q&A to probe into topical concerns, including how Vietnam ties into President Trump’s trade wars, as well as gauge its sensitivity to a potential global economic slowdown.

Real GDP growth rate of 6.5% forecast for next five years

Vietnam has positively stood out over recent years, which have by and large been extremely challenging for emerging and frontier markets. The Vietnam stock market, represented by the MSCI Vietnam index, has been an outperformer both in 2019 and over a longer period (figures shown below). The 95m population economy is growing pretty briskly, real GDP annual growth averaged 6.6% over 2014-2018, according to the International Monetary Fund’s World Economic Outlook database. The forecast is for a trend rate of 6.5% to be maintained over 2019-2024.

It is also worth noting that Vietnam recently revised-up the size of its gross domestic product by 25.4%, covering the period between 2011-2017. Investors are generally quite weary of these output revisions by governments, though there is little dispute of the positive trajectory the country has been on.

Vietnam is generally seen as being an ’emerging market’ in all but name, despite remaining part of the MSCI Frontier Market Index, where it is the number two constituent (behind Kuwait) with 18.5% weighting (in August 2019). We will touch on why Vietnam is yet to be upgraded by MSCI and a ‘best-guess’ for when one might take place. Upgrades and demotions are closely observed given as they tend to exert considerable influence on markets. Passive exchanged-traded funds that track the MSCI indices will buy/sell to maintain allocations while numerous funds are benchmarked against the MSCI indices.

The main speaker began proceedings by discussing Vietnam’s relative success over recent years. It is seen as a relative safe-haven with little political drama while the underlying fundamentals are sufficiently strong to support an annual real GDP growth rate of 6-7% into the 2020s. Other points of note from the introduction:

Some leading indicators picked out from the presentation and accompanying slides:

MSCI upgrade not likely until 2022

On the subject of Vietnam’s MSCI classification, the speaker discussed the reasons behind the lack of upgrade so far. Structurally, the country is  an emerging market in all but name. At close to $200bn, the market capitalisation of the stock market is higher than a lot of EM-classified countries. At close to 75%, the market cap/GDP ratio is also not in keeping with frontier status, and a relatively low 3.5% yield on five-year government debt also suggests that market participants outside stocks do not require returns in keeping with frontier markets, when lending money.

The speaker made the point that although Vietnam’s foreign ownership limits are often cited as impediments to an upgrade, this is not thought to be the issue. Many emerging market classified markets also impose limits on foreign ownership. A more pressing concern is the lack of appropriate infrastructure to allow foreign investors to manage the trading limits. The concerns are essentially based around trading systems. Vietnam is expected to amend its management of foreign limits, which would help it satisfy the MSCI criterion without removing limits on ownership. The speaker’s best guess is for Vietnam to enter MSCI’s ‘watchlist’ in 2021, with inclusion in the Emerging Markets Index from 2022.

On a side note, the speaker said that limit on foreign ownership means there is hidden value in some of the fund’s positions. If the allocation granted to foreign investors is full, a seller would require a premium to sell shares.

Some of the points we found particularly interesting in the urbanisation and infrastructure discussion: 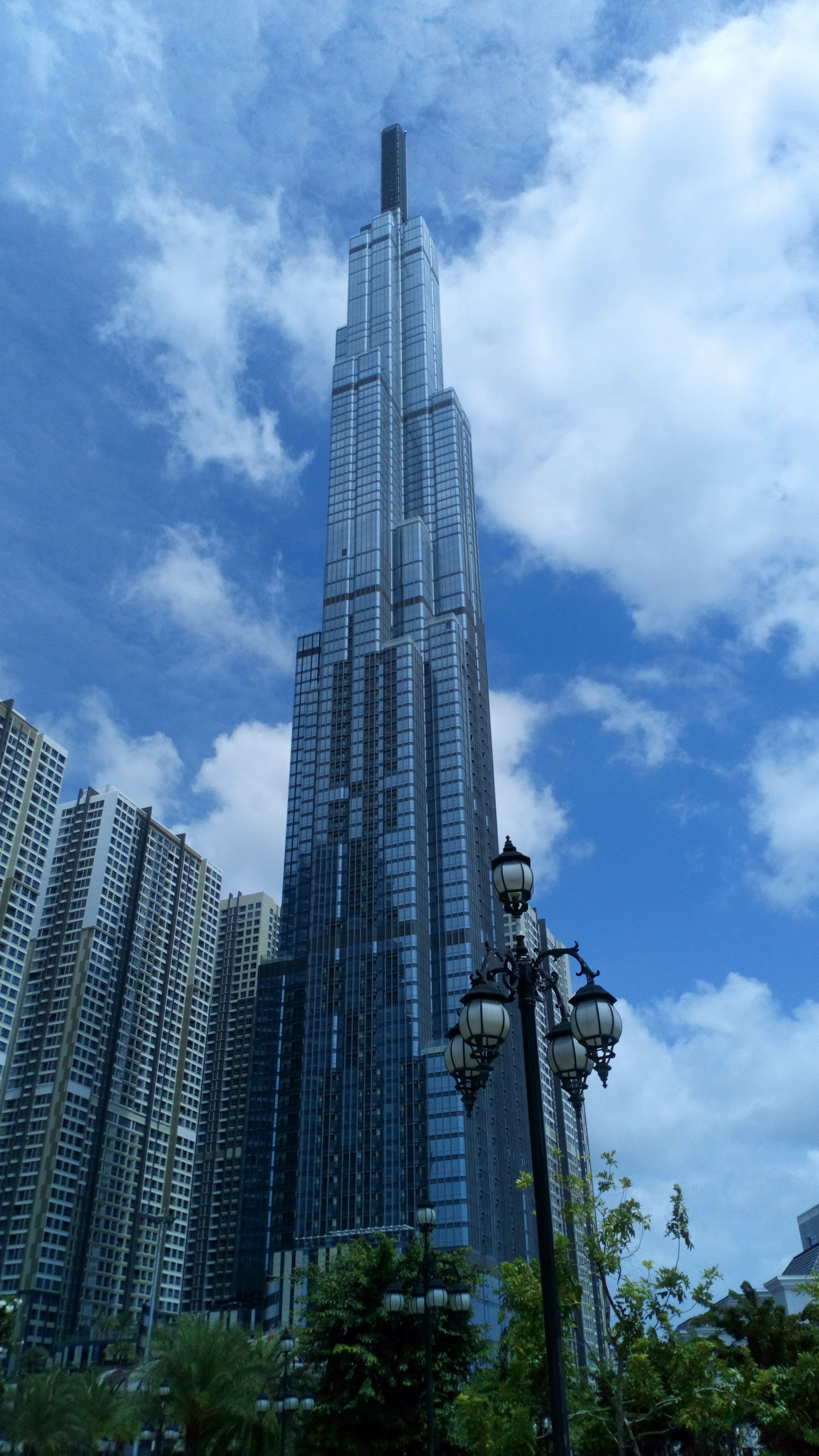 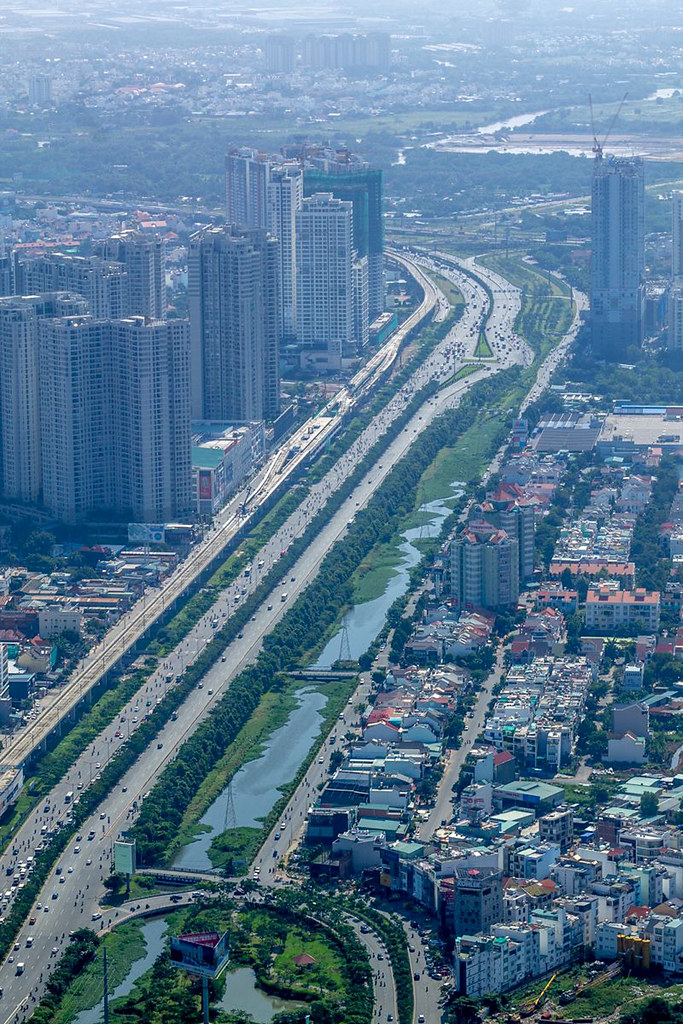 As a major global exporter, Vietnam is vulnerable to a slowdown in the global economy, though the trade wars taking place present a huge opportunity to bring manufacturing into the country. This is already taking place and is a long-term process. China has been actively ‘moving in.’ A report by the Asian Development Bank, released this morning, notes that exports from emerging Asia to the US increased by 10% year-on-year, over the first half of 2019. This was in spite of Chinese exports declining by 12%. Vietnamese exports stood out, increasing 33%. The report adds that Vietnam notably took market share in electronics.

In terms of a global slowdown, the speaker noted that in the past, Vietnam’s manufacturing profile had much more exposure down the value-chain. So a lot of the manufacturing continued as it was less vulnerable than higher-value inputs, parts and goods and services, which were generally produced elsewhere. Foreign direct investment into Vietnam has grown considerably over recent years (expected to be around $20bn in 2020).

While the trade wars do seem to be structurally beneficial, President Trump has been casting an eye over the US’s trade deficit with Vietnam, thought to be around $50bn. Vietnam runs one of the five largest trade surpluses with the US. The US imposed considerable tariffs on a portion of Vietnam’s steel exports in June. Proportionally, Vietnam accounts for a much lower level of US imports and of course its economy is considerably smaller than China’s. President Trump’s trade moves are of course difficult to predict, though at this point, there are lot of factors that are working in Vietnam’s favour.

In QuotedData’s morning briefing 28 April 2021 – Vietnam Enterprise (VEIL) delivered a 22.8% total NAV return over its financial year to 31 December 2020. This represented a […]

In QuotedData’s morning briefing 24 February 2021 – Vietnam Enterprise Investments (VEIL) announced yesterday that with effect from 1 July 2021, the management fee will be amended to […]

Vietnam Holding results affected by COVID – Vietnam Holding has announced results for the year ended 30 June 2020. Over that period, the NAV fell from 214.1p to 186.8p […]