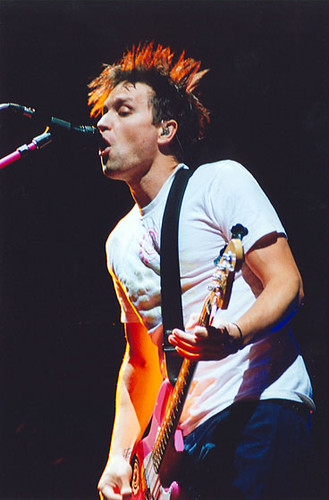 Hipgnosis Songs (SONG) has acquired a music catalogue from Tom DeLonge, an American musician, singer, songwriter, producer, and co-founder of one of the millennium’s most popular bands, Blink-182. SONG has acquired 100% of Tom DeLonge’s copyrights on this catalogue which consists of 157 songs.

Tom DeLonge achieved great success as guitarist and vocalist of pop punk band, Blink-182, which rose from the Southern California punk scene of the early 1990s. The band has received 18 awards from 29 nominations, including MTV Europe Music Awards for “Best New Act” in 2000 and “Best Rock Act” in 2001, “Favourite Band” at the Nickelodeon Kids’ Choice Awards in 2001 and Teen Choice Awards for “Choice Rock Group” and “Best Rock Group” in 2000 and 2001 respectively.

SONG notes that the music of Blink-182 is considered to be one of the key influencers of the development of the genre, selling over 13m albums in the US and over 50m albums worldwide to date.

Merck Mercuriadis, founder of SONG, said: “The influence of Blink-182 on today’s artists is massive. If you’re under 27 years old and making music they are a seminal band. They had angst, they had energy, they had humor but most importantly they had incredible songs and Tom is at the core of that. It’s an honour to welcome him into the Hipgnosis Family”.