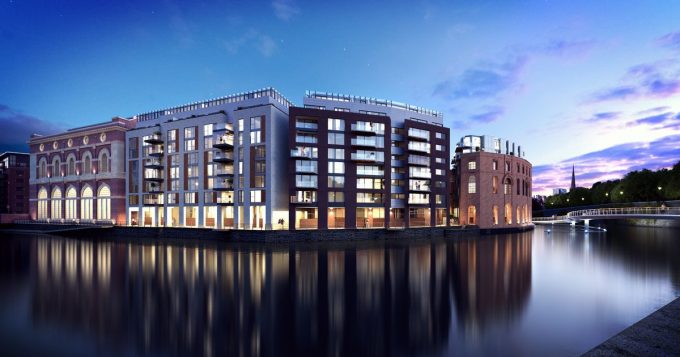 Grainger, the UK’s largest listed provider of private rental housing, has announced it is seeking to raise around £185m from a placing.

The group is placing up to 61.2m shares, which represents 9.99% of its shares, and including additional debt of around £120m based on company’s LTV target range, it will generate aggregate funding capacity of £305m.

The group’s net rental income is expected to increase by £16m when the schemes have been completed and leased, which the company predicts will deliver an extra 0.69 pence to dividend per share. In the current year, the company expects continued divided per share growth despite the increased shares in issue.

Grainger is looking to take advantage of long-term structural drivers underpinning growing demand for rental housing in the UK. The housing market is experiencing a positive uplift in sentiment in housing transactions as well as increased demand for rental homes, especially in cities.

In a recent trading update, the Grainger announced strong like-for-like rental growth of 3% in its PRS portfolio and high occupancy of 97.5% in the first four months of its financial year.

Helen Gordon, chief executive of Grainger, said: “We have real momentum in the business and now is the right time to invest for the future and increase our investment in our secured pipeline.

“Today’s placing will enable us to bring forward £246m of investment for four new schemes, three of which are in strong regional cities, delivering 1,160 new homes, as well as expand our planning and legal pipeline, accelerating the delivery of net rental income and earnings growth.”

Private rented sector specialist Grainger has reported strong half-year results in which earnings grew 11%. The group, which has a portfolio of 9,109 rental homes in the UK, […]

In QuotedData’s morning briefing 18 February 2021: SEGRO (SGRO) says its French subsidiary is making a tender offer for the 5.6% of Sofibus Patrimoine that it doesn’t already own. […]

Grainger, the UK private rented housing specialist, has raised £186.7m from a placing. A total of 61.2m new shares in Grainger were placed at a price of 305.0 pence […]

Crystal Amber lays out case for its portfolio after bumper year

Crystal Amber lays out case for its portfolio after bumper year – Crystal Amber’s NAV increased by 32.9% over the year to the end of June 2017. They […]