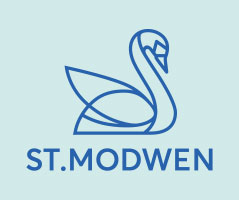 St Modwen Properties has said it is in a strong position to handle the disruption caused by covid-19.

The group has adjourned its AGM, scheduled for 27 March 2020, and therefore payment of its final dividend for 2019 of 5.1 pence per share, which was due to be paid on 3 April 2020, as this requires approval at the AGM.

St Modwen, which is focused on the industrial and logistics and residential property sectors, has stress tested its business and said it estimates its portfolio could withstand a 40% fall in value before it reached its closest LTV covenant. Its LTV stands at 22.8%, based on November 2019 valuations.

The group has also stress-tested its interest cover covenants for a scenario of a severe and prolonged downturn. It believes the areas of income which are most at risk in such a scenario are housebuilding profits and retail rents. In a stress-test scenario including a very significant fall in housing sales for the remainder of the year and a substantial and sustained fall in retail rental income, St Modwen said it would have enough headroom before interest cover covenants are threatened for the next 12 months.

The company has £169m cash available following the drawdown of its facilities, and has no debt maturities until December 2023.

In industrial and logistics, the group said occupier interest had remained generally strong in recent weeks, although it does anticipate some inevitable delay in both development activity and leasing as a result of the restrictive measures in place. It said it would pause any new development commitments for the moment, including two projects in its committed pipeline where it had yet to start on site. Consequently, it now expects to complete 1.2m sq ft of new space in 2020, instead of 1-5-1.7m sq ft, and retain 1.1m sq ft. The decision to pause new projects means residual committed capex on its pipeline is modest, at £49m, whilst the 7.6% yield on cost provides substantial headroom to absorb any softening in market conditions.

In St Modwen Homes, mid-March year-to-date unit sales were ahead of expectations. However, the group said in the last few days it had seen a marked slowdown in both footfall and net reservations and it anticipate this to persist until measures around social distancing are lifted and customers are confident in their job security.

In its strategic land & regeneration business, it has paused all uncommitted capex and is working with tenants across its residual non-core retail assets to help support their businesses. Combined these assets generated net rent and other income of £9.0m last year, which it said it would expect it to be meaningfully negatively impacted for as long as current conditions persist.

St Modwen has sold a chunk of its non-core retail portfolio for a total of £34m, as it continues to shift its focus to the industrial sector. The […]

Hansteen buys portfolio from St Modwen – Hansteen has exchanged contracts to acquire a mixed-use portfolio of 34 properties. The properties are located throughout the UK with a focus on […]