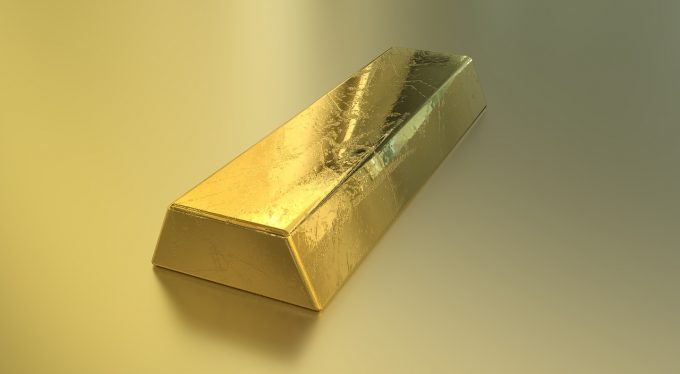 Golden Prospect Precious Metals (GPM) was the best performing investment company in 2019 (we covered this in our earlier annual review, which you can access here), following a resurgence in gold. The company has reported annual results this morning, to 31 December 2019. NAV per share rose by 64.2%  with the ordinary share while the shares were up 77.5%. 2019 saw a flight to safety by investors on risk aversion fears and the gold price was a strong beneficiary of this theme. Starting the year at $1278 per ounce the price ended 2019 at $1519.t.

“Turning to gold itself, although it is performing well at the moment investors can be forgiven for finding the gyrations during mid-March in the price somewhat confusing. Instead of the price responding sharply higher to the pandemic, the opposite happened and it collapsed only to soar again almost immediately thereafter. Such volatility and swings we have seen many times before but not like this. Of course there were reasons for the roller coaster ride this time (there always are) and in this instance it was the ‘dash for cash’ as gold provides instant liquidity and was sold off by the leveraged players meeting ‘margin calls’ in equity and bond markets and to cover big losses in the initial stock market panic. The experience was not for the faint hearted! Due to the shutdown from border closures and cancelled flights, supply channels everywhere were strangled, supply routes were disrupted leading to long delays and low inventories. This critical situation caused turmoil in the physical and futures markets resulting in unusually big premiums to spot prices aggravated by huge spikes in demand. As I now write at Easter, there has been some return to normality and observers report being decidedly impressed by gold doing what it is supposed to do…provide liquidity in times of financial crises.

Now a larger swathe of investors have accepted that gold probably is the currency of last resort. This includes wealth managers, investment banks, family offices and HNW’s all now increasing their weightings to the yellow metal. Seasoned gold newsletter writers, gold technical analysts and smart money are to a man bullish about golds outlook. That’s a worrying sign alone but then gold bull markets are notorious for climbing a wall of worry. This recent experience has served to fuel the education debate as not enough is done by the World Gold Council to press home the vital role gold plays as a genuine hedge in times of crises. Yet still the mainstream media scarcely cover golds days in the sunshine in spite of the obvious and glaring geo-political challenges we are all now facing one way or another. This may be about to change. Gold is the ultimate hedge against currency debasement and inflation.

The largesse of the investment community in the West have at last started noticing the continued record buying by the Central Banks, particularly China and Russia in their insatiable appetite to accumulate when and from wherever they can. The widespread money printing from all the stimulus programmes could be Governments’ last resort to debt monetise via currency debasement in order to inflate away the record global horrendous debt levels. The figures are now unimanageble compared to pre QE times. All the obvious cast have their backs to the wall..US, China, Europe and Russia possibly now arguably all bankrupt!.

“The pandemic has now crystallised an almost insurmountable task ahead. Will there be an economic re-boot to the system, will de-dollarisation that threatens the petro-dollar be hastened along. The IMF was sounding the alarm bells a year ago so what now? I think the return of significant inflation must be nigh. In recent decades gold has offered protection. Thanks to Bloomberg’s CPI figures we can see that inflation by decades in the US for example was 24 p.c. in the 1950’s…..28p.c. in the 1960’s…..158p.c. in the 1970’s…. 64p.c. in the 1980’s….34p.c.in the l990’s…28p.c. in 2000/10….. and 9p.c. in the decade just finishing. Are we heading back to the 70’s? Throughout gold has held its value and is currently at an all-time high in most major currencies bar the US and we are extremely close to the previous peak in this case too. This prospect coincides with gold being “flat out scarce” says one senior chief of global market strategist referring to the “stunning demand for bullion backed ETF’s. Another comments that “the search for an economic vaccine to the virus is arguably as important as the quest for a medical vaccine”.

“All of golds boxes are ticked for that perfect storm” claims another highly regarded source” There is no lack of believers and it is of no surprise that bullion dealers are out of stock as waves of new investors clamour for the best portfolio insurance there is. They accept that gold preserves wealth through exceptionally difficult times and provides an inflation hedge andliquidity guarantee when needed. Therefor the circumstances that would cause all rational investors to own gold is very much intact!”

[If gold’s decline over March was unusual, reflecting a ‘dash for cash’ as Malcolm alludes to, its recovery since matches up with the considerable pick-up in interest globally. Based on search term trends into Google, using its ‘Google trends’ tool, global interest in gold has not been as firm since its last heyday, in 2011.]


Note: Interest over time for ‘invest in gold’ search term: Numbers represent search interest relative to the highest point on the chart for the given region and time. A value of 100 is the peak popularity for the term. A value of 50 means that the term is half as popular. A score of 0 means there was not enough data for this term

QuotedData’s weekly news show 4 December 2020 Thank you to everyone that listened in today, whether you watched the Zoom live, on Facebook or on youtube. In this […]

Why is the best performing trust on a 21% discount?

Any investor who held Golden Prospect Precious Metals this time last year, could have more than doubled their money. The fund is up 105.7% in share price terms […]

The Board of Golden Prospect Precious Metals Limited is reviewing, with its advisers, a potential bonus issue of subscription shares to existing shareholders on the basis of one […]

European markets have followed Asia in starting the week on the front foot, reflecting the prospect of further central bank support. Meanwhile, New Zealand’s Prime Minister, Jacinda Ardern said the virus was “currently” eliminated, with new reported cases in single figures over a number of days (as reported by the BBC). Norwegian, has said its fleet […]