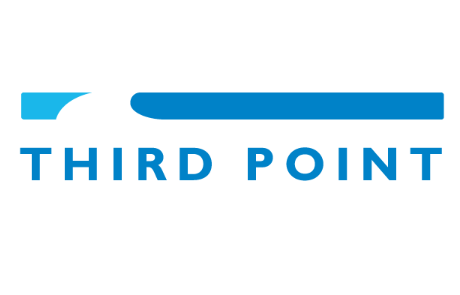 TPOU has this morning reported final results to end-December 2019. The USD share class delivered a 22.7% increase in NAV.

The main driver of returns came from long equity activist positions. In credit, TPOU was hit by the Argentine debt default over August 2019. It said that an oversized position in Argentine government debt more than offset gains in the structured credit book and detracted from overall performance. It was also a tougher environment for short-selling given the sharp rotation away from momentum into value in late 2019.

Steve Bates, chairman of the trust, discussed the main performance highlights over 2019, as well as the trust’s long-standing discount (last September, we wrote on the trust’s intention to narrow its discount by buying back $200m worth of shares.): “Turning to 2019, which feels like a different era, markets had been very buoyant, but it is worth recalling the gloom which prevailed at the start of the year. At that point, interest rates were on an upward trajectory and markets were unsettled by the prospect of several further rises in rates. Instead, reacting to weaker than expected economic data, Central Banks engaged in a round of coordinated easing which had been very supportive of risky assets like equities.

During the year, the largest contributors to returns were from activist positions held in the underlying master fund. These now indirectly represent more than 50% of the Company’s net exposure and have been a major source of return throughout the life of the strategy. Three new activist positions were added during the year: EssilorLuxottica SA, the French-Italian eyewear business; Sony, the warhorse of Japanese innovation; and Prudential plc, a multinational life insurance and financial services company. A lot of energy is invested in uncovering new activist opportunities, but some legacy positions also did very well in 2019. Campbell Soup, Nestle´, Baxter, and United Technologies were all strong contributors to profits.

On the other side of the ledger, a position in sovereign Argentinian bonds, historically a significant contributor to company profits, did not work well as local politics intervened. A couple of individual longs also hurt (Chemours and Uber), and it is perhaps not surprising that the short positions also mostly lost money. As you will recall, the Investment Manager does not as a practice disclose the identity of its short holdings as it prefers to allow the fundamentals of these holdings to mature in their own time, rather than seeking to influence other investors by shouting from the rooftops.

As you will know, the company’s shares have been trading for several years at a large discount to NAV. Over time, the board has introduced a series of measures to try and improve matters. These have included listing the company’s shares on the premium Ssection of the London Stock Exchange, operating a buyback programme, reducing fees, and so on. Although significant, these have not had the effect on closing the discount which the board desires.

For this reason, we announced at the end of September that over the next three years, the company would be buying back up to $200 million worth of its stock. The scale of the buyback is an attempt to demonstrate to our shareholders and the market that we are serious about reducing the discount and that they can expect to see the company’s returns bolstered by the accretion to NAV from buybacks. In the past year, for example, buybacks added 45 cents to returns. We also hope that returns from the investment strategy itself will be enhanced by the erosion of that discount. Of course, the impact of the covid-19 pandemic has introduced unwelcome volatility into the picture, and the market turmoil which has followed has led to a confusing picture. Nevertheless, the Company remains committed to its buyback agenda and is still active in the market. I would remind shareholders that this is a three-year programme, but that does not mean that we are committed to buying an equal amount every month. We must instead be prudent in the exercise of the policy in the light of market conditions. As our programme is to take place over a three-year period, we need to look through the current problems in the expectation that some normality will eventually prevail.

A buyback on its own is not a universal panacea. Discounts exist for all sorts of reasons, and we have concluded that we need to disseminate the Third Point story to a wider audience. This involves both better communications and better materials. Over the past few months we have made progress on both these fronts, but there are further improvements to come. I would add that the level of disclosure in the portfolio may look light compared to a conventional investment trust, but a number of the key activist positions are commercially sensitive, in particular when they are being built, and the Manager exercises the due caution needed to ensure that positions are fully ‘sized’ before being made public. In any event, both the Board and the Manager agree that more communication with the shareholders is key to improving the rating of the Company’s shares, and we are committed to making this a reality. With this in mind, the manager recently began releasing weekly returns estimates in an effort to improve transparency with investors. We have asked our shareholders to be patient with us and to let the cumulative effect of the buyback and the increased communication have their desired effect. We will be putting forward a motion to the AGM that the name of the company be changed to ‘Third Point Investors Limited’, so dropping the Offshore qualifier. It is felt that the adjective ‘Offshore’ connotes an entity less respectable than the reality of your company. We hope its removal will add at the margin to its appeal to a broader shareholder group.”

The outlook statement, accompanying the financial report, noted: “The current covid-19 situation presents a significant supply and demand shock for the global economy. Despite the Central Banks efforts to mitigate a severe economic downturn, volatility persists across markets, sectors and industries. The manager expects the unpredictable nature of the markets to continue until data indicates that the virus is under control.

With chances of recession almost 100%, the manager has taken the following steps given current drawdowns and volatility: reducing exposures and looking for opportunities in credit, while remaining opportunistic when particularly high-quality companies appear to be “on sale”.

Third Point started as a distressed-debt fund and the manager counts its ability to invest throughout a company’s capital structure as a core strength.”

In QuotedData’s morning briefing 12 September 2022: HgCapital (HGT) has posted its interim results for the six months ended 30 June 2022. During that time, the NAV increased […]

In QuotedData’s morning briefing 6 April 2022: Following the announcement of the preliminary results of its 2022 exchange facility last month, Third Point Investors (TPIL) will return from […]