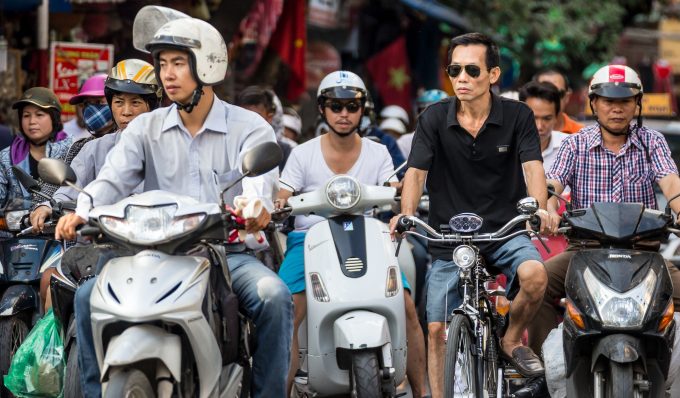 Vietnam Enterprise’s (VEIL) USD NAV per share rose 3.0% in total return terms, over its full-year period to 31 December 2019, underperforming its benchmark, the VN index, on a relative basis by 6.8%. VEIL’s share price discount to NAV narrowed from 11.3% at the end of 2018 to 7.0% at the end of 2019, reflecting strong interest in Vietnam over the year, on the back of an attractive macroeconomic backdrop.

Stanley Chou, VEIL’s chairman, noted: Vietnam’s macro economy continues to achieve solid and sustainable growth, surpassing the government’s forecast for the year. Vietnam’s performance, compared to its peers, proves that it is the clear beneficiary from the recent global trade tensions. These benefits have led to an enhanced exposure to international trade, allowing Vietnam to continue to better capture the attention of global investors. A key draw for investors has been the country’s strong work ethic, demographics and underlying economic trends that will support Vietnam’s long-term growth. A burgeoning middle class and increased share of the global supply chain are expected to underpin Vietnam’s high performing economy for several years to come.

2019 GDP growth was the best in a decade

The leading macro indicators were encouraging for Vietnam in 2019. GDP rose 7.0% to a ten-year record high, beating the government’s target of 6.7%. The key driver in GDP growth was solid industrial production, which grew 8.9% year-on-year, and an improving services sector. Inflation was well controlled at 2.7% despite the surge in foodstuff prices due to pork shortages caused by African Swine Flu. With regard to trade, Vietnam achieved an all-time record high with a surplus of US$11.1bn thanks to strong FDI driven exports. Overall, FDI continued to perform strongly with total disbursement increasing 6.8% y-o-y to US$20.4 billion, its highest number on record. Supported by a strong foreign exchange reserve of US$79bn, the Vietnamese Dong remained stable with only a minor depreciation of 0.4% for the year.

The Vietnam stock market closed up 9.9% for the year. Net foreign inflow was strong in the first quarter but slowed during the rest of the year due to some equity market headwinds and Vietnam’s lack of inclusion in the MSCI and FTSE Emerging Markets lists, resulting in a negative impact on liquidity. The average trading values per day across the VN index dropped from US$293m in 2018 to US$177m in 2019.

To offset short-term volatilities in the market, the government has looked to provide regulatory solutions to support the long-term development of the stock market. As an example, the Amended Securities Law which will become effective in January 2021, represents another step in the right direction towards achieving the long-coveted MSCI Emerging Markets Index inclusion. One of the major amendments is the introduction of Non-Voting Depository Receipts which will be a potential solution to the foreign ownership limit rule that has been a major obstacle preventing Vietnam from being upgraded to the MSCI Emerging Markets Index.

For 2020, the first few months of the year have been marked by a number of geopolitical challenges, most important of which being covid-19. While Vietnam is faring better than other countries in terms of the number of cases, we see significant economic and business impact in 2020. As the world adjusts to a new normal, our team views the crisis as offering numerous opportunities.

Looking ahead, the ratification of the EU-Vietnam Free Trade Agreement and the EU-Vietnam Investment Protection Agreement by the European Parliament are very encouraging news for Vietnam.The EU is Vietnam’s second-largest export market, after the United States. EVFTA could create a number of competitive advantages for Vietnamese goods compared to others in the region.”

Vietnam Enterprise Investments has published its annual report and financial statements for the year ended 31 December 2021. The chairman says that the Vietnamese stock market produced one […]

In QuotedData’s morning briefing 14 February 2022: Vietnam Enterprise (VEIL) has shared a monthly update for January, which states that concerns on the quality of Vietnam’s bank assets […]

In QuotedData’s morning briefing 8 September 2021: Vietnam Enterprise (VEIL) has posted its interim report for the six months to 30 June 2021, during which time it delivered 42%, […]