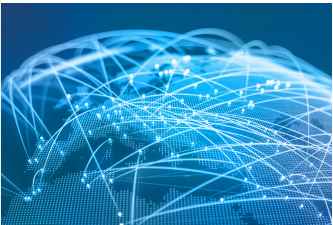 The State of Play

Gaming has come a long way since the days when it was (unfairly, in our view) regarded as a niche form of entertainment for a niche demographic. Video games have gone mainstream and, somewhat under the radar, become the largest and fastest growing form of media. NewZoo estimates that the global video games software market grew 7.2% to $148.8bn in 2019, with mobile leading the way (9.7% growth; $68.2bn). The industry has transitioned from a volatile hit-driven business, to a more predictable franchise business, where successful games can grow significantly with each iteration, while generating revenue between launches with additional content drops. Improved hardware capability and internet connectivity have enabled digital distribution; approximately half of console games are now downloaded rather than bought through a retailer, which boosts publisher and platform provider margins, while sales of additional digital content (DLC and microtransactions) have boomed. In 2018, the strength of the franchise model was put to the test by the phenomenal rise of Fortnite, a free-to-play game which took the market by storm with its innovative combination of battle royale and builder game mechanics. This demonstrated that even the top franchises could be disrupted, at least temporarily. Fortnite was still the biggest game in the world in 2019, generating $1.8bn of revenue, but that was a 25% decline from 2018. The industry’s leading franchises, such as FIFA (produced by Electronic Arts), Call of Duty Modern Warfare (Activision) and Grand Theft Auto (Take-Two) have bounced back. In the March quarter, Take-Two’s Grand Theft Auto Online grew 87% y/y to a record level, seven years after GTA V launched. In our view, the growth in the value of the best intellectual property (IP) is exponential over time, not linear. 2018 was merely a blip.

During the pandemic there has been a surge in demand for video games (and other home entertainment) which provide a much-needed escape from the Groundhog Day of self￾isolation – we hold several positions in video game publishers and platform providers which are benefiting. March quarter results were positive across the board, driven by a combination of strong execution and elevated demand due to lockdowns in Europe and the US in last two weeks of the quarter, while June quarter guidance was exceptionally strong given ongoing stay-at-home conditions. Engagement levels will fade as restrictions are eased, but we believe there will be a lasting tailwind from new players and lapsed players that have returned to the ecosystem. Restrictions that are impacting competing forms of entertainment, like cinema,
may be in place for an extended period as well. Lastly, we expect an accelerated transition to digital downloads, which have better economics than physical sales for publishers and platform providers. However, the industry is not completely immune to COVID-19. We have already seen console hardware shortages, caused by elevated demand and supply chain disruption. We are also closely monitoring the potential for game delays. Most of the game development process can be done remotely, but there are some elements that are harder to do, such as motion capture, while productivity is likely to be impacted as parents juggle work and childcare. The larger developers have indicated they have been able to cope, but it will be harder for smaller companies with less resources. The other risk is a prolonged recession which would reduce consumer spending. The industry has been resilient in previous recessions – video games are a cheap form of entertainment on a cost per hour basis, with an exceptionally loyal fan base. We view the sector is a port in a storm, relative to others.

While there are still plenty of uncertainties, micro and macro, we remain positive on the long￾term outlook for the gaming industry. Despite COVID-19 supply chain disruption, Microsoft and Sony currently expect to launch their next generation consoles in the autumn, on schedule, for the first time since 2013. With the launch of the Xbox Series X, you will be able to have a 12-teraflop console in your living room which has a similar computing power to the IBM ASCII White, a supercomputer that went into operation in 2001, costing $110m – and weighing 106 tons. This may be the last console cycle however, given investments in cloud/streaming by Microsoft, Sony and new entrants Alphabet, Amazon and Facebook. In November, Alphabet jumped the gun, launching its streaming service Stadia to mixed reviews. The user experience is beholden to the stability and speed of your internet connection. Gamers complained of much higher input lag (the delay between pressing a button and seeing the game react) than a traditional console/PC – this certainly precludes competitive gaming for now. When combined with dropouts, lower image quality and other bugs, it is clear the technology is not ready for the mainstream yet, but the promise is there. Once the technical issues are overcome, streaming will come into its own in combination with 5G connectivity, which could dramatically increase the total addressable market for the publishers by opening up AAA titles to the more than 2.5 billion mobile gamers across the world.

The Stadia launch made it clear that a critical mass of content and players are necessary for a platform to succeed. We believe increased competition for content could be beneficial for games publishers, leading to lower take rates and/or acquisitions. On PC, Steam has already revised its revenue sharing scheme as publishers continue to develop their direct to consumer channels (Take-Two recently launched the Rockstar Games Launcher) and the platform faced new competition from EPIC Games, which only takes a 12% commission (versus Steam at 30% previously). Microsoft, Sony and Nintendo charge similar rates on their consoles which could come under pressure from new streaming services. Furthermore, Amazon Prime and Netflix have shown us that exclusive content is crucial in establishing subscription services and we could see a bidding war for the top franchises. Given the time to develop AAA content and the uncertainty of success, we believe it makes more sense to buy than build.

Along with new consoles and streaming services, next-generation virtual reality (VR) headsets are expected to launch in 2020-2021 from the likes of HTC, Sony and Facebook. We are intrigued to see if they can mitigate some of the initial problems with the technology such as user fatigue and nausea. The dearth of quality content was another big problem, but we believe the launch of Valve’s Half-Life: Alyx, a critically acclaimed first-person shooter, could be
the spark that reignites the VR market.

Metaverse: a “successor state for the mobile internet?”