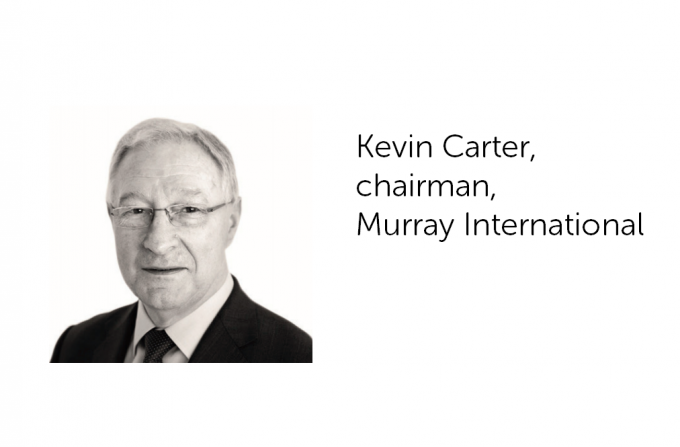 The reference index is comprised of the FTSE all world total return index from 27 April 2020. Prior to that the return from the former benchmark which was a composite of 40% FTSE world UK and 60% FTSE world ex UK.

It has been a particularly challenging period for equity income funds, with some of the deepest dividend cuts on record.

“The company’s significant exposure to Asia proved relatively robust with positive capital appreciation from technology holdings, including Taiwan Semiconductor Manufacturing Company and South Korea’s Samsung Electronics. This offset some of the weakness from investments in Indocement and Siam Commercial Bank, from the more consumer-driven markets of Indonesia and Thailand. Dividends from Asian holdings were generally less affected than those in the West, with banks, insurance and telecom companies mostly delivering in line with expectations.

The region’s swift and pragmatic response to the COVID-19 pandemic, combined with lower levels of debt and strong corporate balance sheets, augers well for recovery as economic restrictions ease. The volatility experienced in the first half of 2020 presented an opportunity to increase the Company’s exposure to the region by introducing two new investments in China. Financial services conglomerate Ping An Insurance and real estate developer China Resources Land together drive further levels of diversification within the portfolio and offer attractive levels of dividend growth.”

“The US economy ground to a halt in April, with 95% of citizens locked down as the virus took hold. The Federal Reserve announced unlimited quantitative easing and the intention to keep interest rates near zero to 2022. US unemployment reached record highs of 14.7% in April before declining to 11.1% in June. Some corporates gained marginal relief from the fall in labour costs, helping offset the losses of weaker consumption. US corporate earnings were delivered with considerably fewer companies providing forward guidance. This resulted in downward revisions to consensus numbers broadly expecting further contractions in 2020 before a recovery in 2021, albeit still below pre-COVID-19 levels. Leveraged share buybacks are now likely to get more questions than support and many programmes have been suspended.

Two new investments were made in the United States amid the market sell-off; AbbVie, the Chicago based pharmaceutical Company fresh from its recent acquisition of Allergan, and Broadcom, a designer of semiconductor and infrastructure software products.  Both afford the Company enhanced levels of income and have impressive, attractive growth in their dividend distribution. The portfolio’s defensive exposure to North America delivered in line with expectations. There were no dividend cuts from Canadian holdings and material dividend increases from recent additions in AbbVie and Broadcom.”

“Europe began to emerge from lockdown as infection levels fell, but still faced OECD forecasts of 9.1% GDP contraction for 2020. The European Central Bank increased its asset purchase plan by 12% of GDP, with rates already negative. More recently, they signalled a pause in policy action as markets began to stabilise, and consideration of further expansion of the emergency bond purchase scheme. Swedish industrial holdings Atlas Copco and Epiroc, Swiss pharmaceutical exposures including Roche, and Norwegian telecom company Telenor all held up very well under the circumstances and remain core portfolio exposures.”

“Low exposure to the UK proved insufficient to protect overall capital and income from this “region”. Emerging from lockdown towards the end of June, facing 2020 OECD forecasts of double-digit GDP contraction, the market has been brutally impacted by significant capital losses and the largest dividend declines of any global stock market. Ongoing uncertainty over future profit growth and dividend prospects as well as fraught post-Brexit trade negotiations provide a compelling case to remain cautious of the UK.”

“Latin America endured a more torrid time as growth concerns weighed heavily on commodity-dependent economies such as Brazil and Mexico. Significant oil price weakness and the reality of impending recessions worldwide initially prompted investors to rapidly exit numerous emerging markets. With stability now re-established, the portfolio’s Latin American exposure has begun to recover, but patience will be required before global confidence towards the region is fully restored. Scepticism towards emerging market equities was not replicated in the asset class’s corresponding debt markets. Portfolio exposure to emerging market bonds experienced some days of intense volatility, but over the period, these bonds contributed very positively to relative capital performance and income accrual. Improving fundamental dynamics of favourable demographics, healthy savings and long term investment objectives in the emerging world continue to support and justify maintaining exposure to this attractive asset class within the portfolio. Exposure to the asset class was marginally reduced over the first half of the year. The initial resilience of the company’s investments in short-dated Brazilian Government bonds made them an ideal candidate for disposal, with the proceeds being rotated carefully back into equities, taking advantage of the weak market environment.”

Going forward, Bruce believes that markets are likely to remain volatile for the duration of the year. He notes that”expectations are for every major economy to contract, contending with slower growth, record low bond yields and companies struggling to achieve meaningful earnings growth, in the short term. The exit from lockdown will not be smooth and will be subject to periods of reversal. Portfolio diversification has increasingly proved an unpopular and underwhelming strategy in an investment world with a seemingly insatiable appetite for the ‘Internet of Things’. However, as pandemic fears ease and the reality of redemptive policy actions becomes quantifiable, the risk/reward between portfolio concentration and portfolio diversification appears poised to rotate favourably towards the latter.”