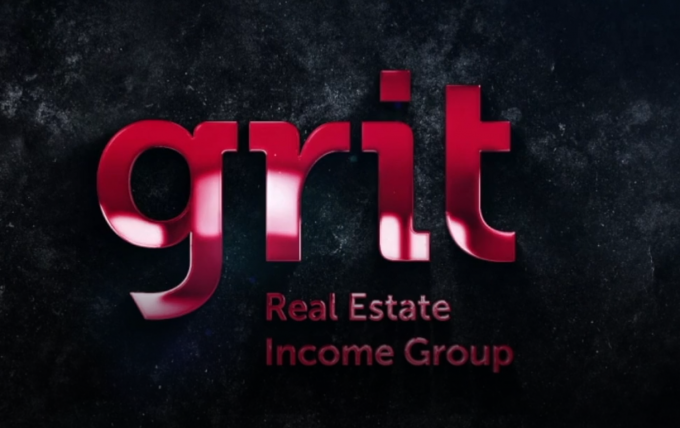 Grit Real Estate Income (GRIT) has announced that it has entered into a binding agreement with Gateway Real Estate Africa Ltd (GREA) for Grit to dispose of a 39.50% interest in Delta International Bahrain SPC (DIB), the beneficial owner of AnfaPlace Mall (Anfa) for a total of US$25,488,440. Anfa forms part of a mixed-use complex on the Atlantic coast of Casablanca, Morocco. GREA is a private real estate development company and is also an associated company of GRIT’s by virtue of the fact that GRIT holds a 19.98% interest in GREA. In addition to this, GRIT has provided a more general corporate update that includes details of its business, trading, NAV, rental collection and dividend, as well as details of the appointment of a new Independent Non-Executive Director.

“We remain positive on the medium-term prospects for AnfaPlace Mall and the opportunities that recently promulgated Moroccan OPCIs (REITs) will provide for strong capital appreciation, liquidity and access to robust capital markets, however the uncertainty surrounding the impact of Covid-19, specifically in the retail sector, make it prudent for us to reduce our interest in the asset at this time. This is aligned with the Groups strategy to diversify from retail and focus on the industrial, corporate accommodation and office sectors, which we expect to continue to be more resilient and deliver enhanced value to our shareholders. The disposal will contribute to the rebalancing of our sector exposure with the sale reducing our retail exposure from 32.1% to c.24.9%.

Covid-19 has created a challenging backdrop, which has impacted Grit’s business over the past six months, but we are continuing to take actions to ensure Grit remains financially robust with sufficient financial headroom and further strengthen its position to successfully navigate this period of economic uncertainty. The robust August rent collection of 98.5% leaves the Group increasingly confident in the Company’s outlook.

The Group continues to focus on delivering its investment strategy and exciting growth opportunities that underpin the Company delivering attractive, secure and sustainable income and capital growth to our shareholders from across our high-quality portfolio over the short and longer term.”

The rationale for the AnfaPlace Mall disposal

Retail assets constituted 32.1% of Grit’s total Net Asset Value as at 31 December 2019, which the company says is above its target exposure of 25%. The Covid-19 pandemic has introduced significant disruption to the operations of a number of the Group’s retail assets and GRIT’s Board believes it appropriate to bring overall retail exposure in line with its self-imposed targets. It has provided the following key highlights:

The mechanics of the AnfaPlace Mall disposal

The Transaction, with an effective date of 1 July 2020, is to be executed through the issuance and subscription of Shares in DIB, which owns a 99% interest in Freedom Property Fund, for US$7,200, resulting in GREA owning a 39.5% equity interest in DIB. At the same time, GREA will subscribe for class B Preference Shares in DIF1, for a value of US$25,481,240 and Grit’s shareholder loan in DIF1 will be converted to class C Preference Shares, thus matching the preference shares proportionately to the new effective shareholding in AnfaPlace Mall. Both classes of Preference Share will earn a coupon at a rate of 8% per annum, but the Class B Preference Shares held by GREA shall rank in priority to the Class C Preference Shares held by Grit Services Limited (“GSL”) and to the remaining GSL Shareholder Loan. The final effective shareholding to be taken up by GREA in Anfa is subject to an adjustment account (to be based upon audited 30 June 2020 accounts), which is to be concluded by no later than 30 November 2020.

Investec Bank, the current debt financier to Freedom Property Fund, has approved GREA as a new incoming shareholder. A US$15 million bullet payment under this Investec facility, which was due for repayment on 31 October 2020, has been extended to 28 February 2022, the date on which the full facility matures.

[QD comment: The deal is fairly complex due to the structure of Grit’s ownership of the mall (through shareholder loans in an SPV) but the end result for Grit is that it has reduced exposure to the troubled retail sector at a time when the sector’s future is looking bleaker by the day. It’s not a great time to be selling retail, but with no visibility on valuations in the future Grit was faced with the decision of cutting their losses and taking some of the pain now or holding out for a turnaround in the retail sector. Grit’s investment strategy centres on taking the risk out of investing in Africa through leasing property to multinational corporate companies. This deal furthers that strategy.]

As a percentage of Grit’s attributable contracted rental revenues for August 2020, the Group has collected 98.5% of rentals due for the month and has provided rental concessions (and therefore loss of revenue) of 3.4%.

For the period March to July 2020, the Group collected 85.4% of the value of its attributable contracted rental revenue

The Company has extended the target execution dates on all of its announced pipeline opportunities and is assessing each one of these in the context of Covid-19 impacts, return profiles and capital allocation options including, inter alia, co-development and co-funding models.

All announced pipeline opportunities are still under negotiation and in certain instances announced terms may change. Further announcements on these will be made in due course.

The Company has entered into a turnkey development agreement for the redevelopment of its light industrial asset in Pemba Mozambique on the strength of a new five year USD denominated triple net lease executed with Bollore Transport & Logistics (“Bollore”). The project entails a significant repurposing of the asset according to agreed tenant specifications for a total budgeted contract value of US$7.62 million. Upon completion, the lettable area of the asset will have increased from 4817sqm to 7486sqm (a 55% increase in the total lettable area). Sectional completion of the works, which will trigger the commencement of the new Bollore lease agreement, is expected in Q1 2021, with final completion of the remaining areas targeted for Q4 2021.

Ahead of the release of the Company’s abridged audited results, the Board now expects Net Asset Value per Share at 30 June 2020 to decline by between 18% to 22% predominantly as a result of downward valuations of its property portfolio (which has been effected by the Covid-19 pandemic and movements in foreign currencies against the US Dollar), increased provisions for financial liabilities and impairments of financial and other assets.

The portfolio continues to experience the greatest Covid-19 disruption in the retail and hospitality sectors, while the corporate accommodation, office and light industrial segments have seen only limited impact to date. The expected movement in property valuations as at 30 June 2020, are summarised as follows:

Group LTV is now expected to be c.50.6% at 30 June 2020 while the Company’s lowest currently imposed LTV covenant stands at 53%. As a precautionary measure, the Company continues to engage with its lenders on the extension of LTV and interest cover covenants and expects to make announcements in this regard in the coming weeks.

Movements in EUR exchange rates since 30 June 2020 have been supportive of NAV and LTV. The Group’s medium-term target is an LTV of between 35% and 40% and the Board is currently considering a number of strategies to achieve this target over the next 24 months including further asset sales, accessing government support programmes and other funding instruments to fund growth.

Post the Anfa bullet payment extension, the Company has no material debt maturities before August 2021.

In light of recent events, and until we have greater clarity on the economic outlook, dividend distributions of the Group are under review by the Board, having regard to, among other things, the financial position, LTV and performance of the Group (including the levels of rental income contracted and collected), levels of economic uncertainty and the long-term interests of shareholders.

As a result of the Covid-19 pandemic, the UK’s Financial Conduct Authority has temporarily granted LSE Main Market listed companies the option to delay the publication of annual audited financial reports from four to six months after the end of their financial year end, and have urged companies to avail themselves of the additional two month period to fully assess the impact that Covid-19 may have on their businesses.

The SEM Listing Rule 12.14 requires the publication of the Company’s abridged audited consolidated financial statements within the 90 days after the end of its financial year, i.e. by Wednesday, 30 September 2020. The Company has obtained formal approval from the SEM to delay the publication of its abridged audited consolidated financial statements until Friday, 30 October 2020.

The Company intends to release its abridged audited consolidated financial statements for the year ended 30 June 2020 on Monday, 26 October 2020.

Jonathan Crichton has been appointed as an Independent Non-Executive Director of the Company with effect from 17 September 2020. Mr. Crichton has extensive international banking experience as a senior executive across Asia, Europe and the United Kingdom within the HSBC Holdings Group and has been a member of numerous risk and audit committees. He is currently an Independent Non-Executive Director of MCB Ltd.

Grit Real Estate Income Group (GR1T) has announced its annual results for the year ended 30 June 2022. While GR1T says that it produced a “robust underlying portfolio […]

Grit Real Estate, the pan-African real estate company, has raised $156.7m through an open offer and placing. Part of the proceeds, $80.6m, was made through the issue of […]

The market doesn’t normally take kindly to potentially NAV dilutive capital raises but in the case of Grit Real Estate Income Group, which announced this week a proposed […]