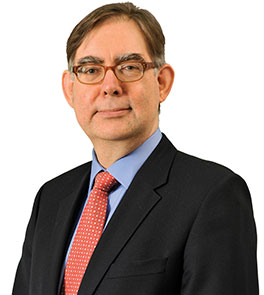 Jupiter US Smaller Companies has announced that Robert Siddles (pictured), the fund manager of the Company since 2001, has, for family reasons, decided to retire with effect from April 2021. As a result of Robert’s retirement, JUS’s Board has said that it will review options for the future management of the trust and will make a further announcement in due course. In the announcement, the Board gave its thanks to Robert “for the strong long-term performance he has delivered to shareholders over the last 19 years across a variety of market conditions”.

Robert is a fund manager in Jupiter’s US team. Before joining Jupiter in 2014, he worked at F&C, where he was a US smaller companies fund manager from 2001. Prior to F&C, Robert spent nine years at Gartmore Investment Management – the last five of these as head of US equities. Before Gartmore, Robert spent five years as a US fund manager at Capel-Cure Myers Capital Management and three years at Coopers & Lybrand, where he became a qualified chartered accountant. Robert has an MA and DPhil in Chemistry from the University of Oxford.

About Jupiter US Smaller Companies

JUS aims to provide investors with long term capital growth, by investing in a portfolio primarily made up of quoted US smaller and medium-sized companies. A key differentiator versus its peers has been Robert’s risk-averse approach to investment. This emphasises capital preservation by focusing on good quality companies whose share valuation reflects limited downside risk. The investment process seeks to identify companies with a strong franchise, free cash flow and insider ownership by management. These are purchased when the manager considers them to be cheap.

The Board of Jupiter US Smaller Companies (JUS) has announced that it intends to appoint Brown Advisory as the Company’s investment manager. Brown Advisory will manage the Company using its US Small-Cap Growth Strategy, which invests primarily in the shares of small US companies possessing above-average growth potential. The appointment is subject to the satisfaction […]

Election day is edging closer in the US and the rhetoric is ramping up. We managed to catch up with Dean Orrico, the manager of Middlefield Canadian Income Fund (the subject of last week’s article) in the weekly interview and he reiterated his observation that Biden is likely to win the Presidential election. The more […]

Jupiter US beats benchmark but discount widens – Jupiter US Smaller Companies has published results for the year ended 30 June 2020. The company reports a 3.2% fall in NAV compared to a fall of 3.8% in the benchmark (sterling-adjusted Russell 2000 Total Return Index). The discount widened from 9.3% to 15.6% and the share price fell by […]