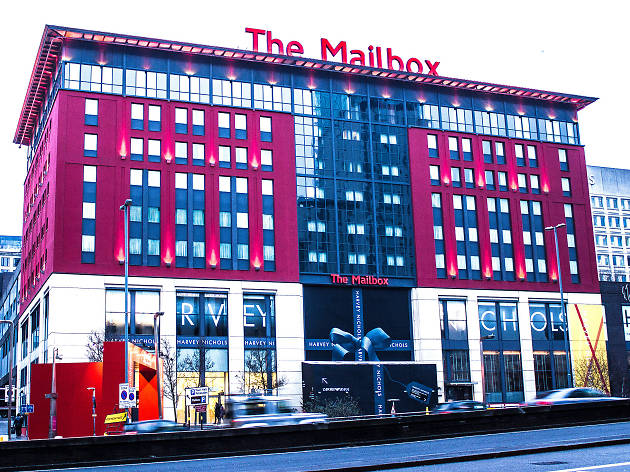 Newly formed single asset real estate company Mailbox REIT has announced its intention to raise £62.5m in an IPO and be the first company to list on the International Property Securities Exchange (IPSX).

Mailbox REIT owns the Mailbox, a large prime office-led mixed use property in Birmingham that has been independently valued at £179m, and will publish a prospectus later today.

IPSX is a new regulated investment exchange regulated by the FCA and is the world’s first exchange dedicated to the initial public offering and secondary market trading of companies owning single institutional grade real estate assets and multiple assets with commonality.

The Mailbox comprises around 698,000 square foot of space located on a 4.8 acre canal side site in the UK’s second largest city and was the Royal Mail’s former sorting office.

Rental income is derived from 46 tenants with a long weighted average unexpired lease term (WAULT) of 14.3 years to break  and 14.9 years to expiry.

The 15 largest tenants make up 72% of income, while five tenants (BBC, Q-Park Limited, Advanced Business Software & Solutions, WSP Management Services and Harvey Nichols Stores) representing around two-thirds of the rent roll on a WAULT of around 17 years, are considered to be very low risk from a credit perspective based on their CreditSafe scores.

A new long term £70m debt facility has been agreed with Canada Life at an interest rate of 1.95% plus the gross redemption yield on the UK Treasury 0.375% 2030 Gilt, with an expected maturity date in 2030, which will be entered into shortly following admission.

During the COVID-19 pandemic, rent receipts of 82.3% and 68.7% for the March and June 2020 quarters have been recorded (as at 6 August 2020), compared to 96.2% for the December 2019 quarter. The property’s office and car park tenants have continued to meet their rental obligations in full through the June 2020 quarter.

Originally completed in 1970, between 1998 and 2000 the building was converted to a major mixed-use scheme incorporating 144 residential units (not part of the property) and over the past eight years has benefitted from a major £50m programme of refurbishment and improvements before being acquired by M7 Real Estate.

The company intends that, over the next three to five years, the property will be repositioned as a ‘Live Work Play’ destination building with a complementary, ancillary retail and leisure offering.

£5.2m of the offer proceeds will be invested in the conversion of Level 1 in the property (for which planning consent was granted in May 2020) from retail to around 50,000 square foot of office space in order to capture robust office demand and take advantage of higher average rents for office space compared to retail space, with a target increase in net operating income on Level 1 from £1 per square foot to approximately £27.50 per square foot.

When fully let the new office space is expected to generate over £1m in additional rent annually and thereby expected to contribute to dividend growth.

It is also intended to increase the ‘Grab & Go’ and service-led retail options to complement the office space offering, as well as create a more destination led social dining precinct leveraging the property’s canal side location.

Office rents in the city have increased 2% per year over the last 10 years and the total office take up in 2019 was 780,095 square foot in 116 deals. This is in line with 10 year average take up for Birmingham’s central business district and included the city’s highest ever rent being achieved at £34.50 per square foot on the pre-let to DLA Piper.

Availability of city centre Grade-A office space has decreased by 6% per year since the end of 2009 and existing new and refurbished Grade A stock remains low with only 330,000 square foot available as of 30 June 2020.

The UK’s exit from the EU is anticipated to bring more focus on the decentralisation from London and, in particular, the relocation of the public sector hubs to the regional cities, including an active HUB requirement for Birmingham. In January this year, Birmingham’s largest ever office letting was agreed when BT took a 20-year pre-lease on 283,000 square foot of space.

The ‘HS2’ high speed London to Birmingham train link is expected to act as a further catalyst for companies seeking greater value for money, particularly away from the higher costs of Greater London.

The company is targeting an initial annual dividend payment of 5 pence per share equating to a yield of 5% per annum. It intends to pay dividends on a quarterly basis in cash, with the first interim dividend expected to be declared and paid in the first quarter of 2021.

M7 Real Estate Group was established in 2009, is headquartered in London and has over 200 employees across 14 countries in the United Kingdom and Europe. The senior management team of the M7 Group, collectively, have an average of 20 years of experience each in the real estate sector.

As of 30 June 2020, the M7 Group managed over 830 assets comprising 66 million square foot valued at around €5bn on behalf of real estate investors such as Blackstone, Centerbridge, M&G and HIG Capital.

Following admission, M7 Real Estate will hold around 46% of the company’s shares and has committed not to sell these shares for a period of 12 months, except as permitted by the IPSX rules.

M7 (through a wholly-owned subsidiary) together with certain of its shareholders hold around 15% of the share capital in IPSX.

The company will be chaired by Stephen Barter who has over 40 years’ experience in real estate including a number of senior leadership roles such as chairman of Real Estate Advisory at KPMG, UK Chief Executive Officer of Qatari Diar (the property arm of the Qatar Investment Authority), Group Projects Director and a member of the Executive Committee at Grosvenor (the Duke of Westminster’s private international property company), Head of European Real Estate at Babcock & Brown and an equity partner at Richard Ellis (now CBRE).  Stephen has also served on the UK Prime Minister’s Property Consultative Committee, the UK Ministry of Defence Estates Committee, and the Bank of England Property Forum. He is now Chairman of his own firm, Wilton Capital Advisers.

The board also comprises Mickola Wilson (the former CEO of Teesland and MD of Guardian Properties and current non-executive director of the Government Property Agency (GPA) and Palace Capital) and Ian Womack (the former Chief Executive of Real Estate at Aviva Investors who is currently an Independent Director of Grosvenor Liverpool Limited and was until recently a senior adviser to IPSX).

LondonMetric Property reports strong occupational activity in the logistics sector and the capture of significant rental growth across its portfolio. The company has undertaken 62 lettings, lease regears […]

Urban Logistics REIT has acquired five new assets for a total of £48m at a net initial yield of 6.0%. It has bought a portfolio of four assets […]

The debut listing on the world’s first real estate stock exchange has taken place today. Mailbox REIT, which owns the Mailbox office block in Birmingham, began trading on the International Property Securities Exchange (IPSX) this morning. The company, set up by M7 Real Estate, issued 84,850,000 shares, which have been admitted to trading on the […]

The proposed debut listing on the International Property Securities Exchange (IPSX) has been postponed. The initial public offering (IPO) of shares in the Mailbox REIT, which owns the Mailbox, a large prime office-led mixed use property in Birmingham, has been postponed due to a potential acquisition of M7 Real Estate by a global institutional commercial […]

IPOs take off – After a long hiatus, the investment company IPO market appears to be taking off. At present, Nippon Active Value is the only new trust to have launched this year. However, a queue of potential new funds is forming and we will soon find out which of them will make it across the […]

After years in the making, the International Property Securities Exchange (IPSX) could have its watershed moment. The first company announced its intention to float on the exchange this week, which if successful could signal a transformation in the way investors gain exposure to property assets. IPSX was established to enable the listing of individual properties […]

After months of delays, the debut listing on the world’s first real estate stock exchange took place on Friday (May 14) – but probably not to the fanfare it was hoping for. Mailbox REIT, owner of the Mailbox office complex in Birmingham, was floated on the International Property Securities Exchange (IPSX) after raising £25.85m – […]