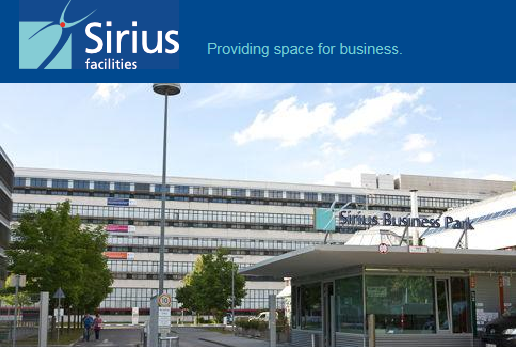 Sirius Real Estate, the owner and operator of business parks in Germany, has provided a strong trading update for the six months April to September.

The increase in enquiry levels, from 7,054 in the same period last year to 8,284 this year, was in particular due to a rise in the number of enquiries for storage, which makes up 36% of the company’s total lettable space. Sirius said this was coming from new commercial tenants as well as from new self-storage customers.

Conversion of enquiries to lettings was 13.4% in the period, compared to an internal target of 15%. However, the month of April saw the conversion ratio fall below 10% due to the COVID-19 pandemic, but since June the level has progress substantially.

At the end of the six-month period €2m of rent and service charge remained uncollected, representing a cash collection rate of 97.2%. Of the total outstanding debt €83,000 relates to insolvency cases and €250,000 relates to 11 deferred payment plans.

Sirius has written off rent amounting to €171,000 and said it expects to collect the majority of the outstanding debt for the period April to September over the next 12 months.

In September 2020 the company notarised the acquisition of the Norderstedt asset near Hamburg International Airport within the wider Hamburg market where Sirius has been increasing its presence.  The mixed-use asset is fully let to 12 tenants and generates €783,000 of annualised rent roll.

In addition, the company completed the disposal of the Weilimdorf asset in April 2020 which it acquired in the financial year ending 31 March 2016 for a purchase price of €5.2m. The asset, an office building let to a single tenant operating within the car manufacturing industry, was sold for total proceeds of €10.1m, representing an EPRA net yield of 6.3% including estimated purchaser’s costs.

The company has drawn down the final €20.0m tranche of its new €50.0m Schuldschein unsecured facility, which is charged with a fixed interest rate of 1.6%, maturing in July 2023.

As at 30 September 2020, the company held total cash balances of around €128.0m, of which around €113.0m is unrestricted. The company holds 12 of its business park assets on an unencumbered basis, has a net loan to value (LTV) of around 33%, a weighted average cost of debt of 1.5% and interest cover in excess of 10x at net operating income level.

Sirius Real Estate, the owner and operator of business parks in Germany, has acquired an asset in Essen for €10.7m The transaction is by way of a sale […]

Sirius Real Estate, the German business park owner, has completed the acquisition of a 8,800 sqm mixed-use business park in Fellbach, near Stuttgart, for €9.2m, reflecting an EPRA net […]

Sirius Real Estate, the owner and operator of German business parks, and joint venture partner AXA IM Alts have acquired the Sigma Technopark in Augsburg for €80m. The […]

Sirius Real Estate, the owner and operator of business parks in Germany, has completed the acquisition of three assets totalling €26m, signalling a return to acquisitive growth for the […]

Sirius buys Nuremberg business and industrial park – Sirius Real Estate has notarised the acquisition of a multi-tenanted business park in Nuremberg for a total acquisition cost of €13.7 […]

Sirius Real Estate, the operator of business parks in Germany, has posted a 5% increase in net asset value (NAV) in half-year results to the end of September. […]

In QuotedData’s morning briefing 4 August 2020, as BP cuts its dividend for the first time in a decade: BMO Commercial Property is to reintroduce a monthly dividend from […]