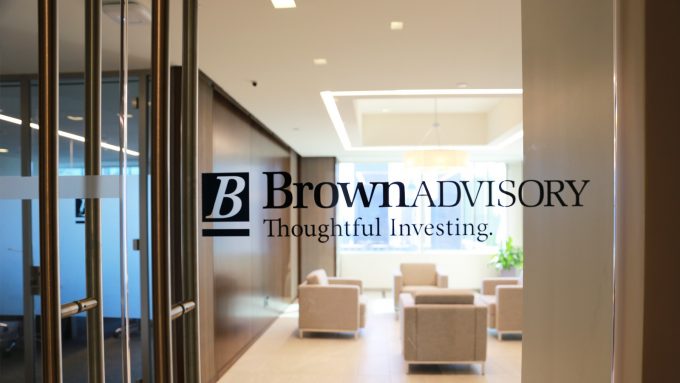 The Board of Jupiter US Smaller Companies (JUS) has announced that it intends to appoint Brown Advisory as the Company’s investment manager. Brown Advisory will manage the Company using its US Small-Cap Growth Strategy, which invests primarily in the shares of small US companies possessing above-average growth potential. The appointment is subject to the satisfaction of a number of conditions (detailed below), but it is currently anticipated that the appointment of Brown Advisory will become effective on or before 1 April 2021, which is when the current lead manager, Robert Siddles of Jupiter, is expected to retire.

Christopher Berrier, who has more than 20 years of investment experience, will take over as lead manager. He is supported by George Sakellaris, who has worked closely with Chris since joining Brown Advisory in 2014, as well as a 30-strong experienced team of equity research analysts. As part of the move, JUS will benefit from a lower management fee structure (see details below) which the board says should result in a lower ongoing costs ratio for the company. There will also be a management fee waiver from Brown, until 1 April 2021, to avoid any double-charging of management fees, together with a contribution by Brown to cover all of the Company’s costs of transition. Subject to shareholder approval, it is intended that the Company’s name will be changed to Brown Advisory US Smaller Companies PLC.

Comments Gordon Grender, the chairman of Jupiter US Smaller Companies

“I am delighted to announce that Brown Advisory has agreed to become the Company’s new investment manager. The Board undertook a very comprehensive manager selection process and we believe that the Brown U.S. Small Cap Growth Strategy, with an impressively long track record and annualised returns of 14.5% over 10 years stood out in a highly competitive field. We believe that the appointment of Brown should lead to strong performance, a narrower discount and ultimately the ability to grow the Company over time.”

“We are very much looking forward to taking on this investment management mandate. Brown Advisory has a strong track record of successfully investing in US smaller companies, stretching back more than 27 years. We are confident that current and future shareholders will benefit from our established and high-performing investment philosophy and process, supported by our deep US expertise and investment rigour. We are committed to marketing and growing this Trust, and believe our appointment, future performance and a committed marketing strategy can help narrow the discount and drive shareholder value.”

Background to the appointment of Brown Advisory

On 8 October 2020 the Board of JUS announced that it had been advised by the existing investment manager, Jupiter Asset Management Limited (JAM), that Robert Siddles, the fund manager of the Company since 2001, had, for family reasons, decided to retire with effect from April 2021. As a result of this, the Board decided to undertake a review of alternative options for the management of the Company and conducted a comprehensive selection process of those managers who had the requisite ability to manage the Company. Following this process, the Board has concluded that it is in the best interests of shareholders to appoint Brown Advisory as the new investment manager of the Company.

Who is Brown Advisory?

Brown Advisory is an independent investment firm with AUM of over $100 billion from clients in all 50 US states and 39 countries worldwide. The firm has over 700 full-time employees, each with an equity interest in the firm, collectively owning approximately 70% of the firm. Brown Advisory has managed active equity strategies since its inception in 1993 with various flagship strategies, including the US Small-Cap Growth Strategy. JUS’s board says that adoption of this strategy would offer current and future shareholders access to a well-established and high-performing philosophy and process, supported by the depth, expertise and investment rigour of the firm, which has a proven track record of successfully investing in US smaller companies for over 27 years.

The Brown Advisory US Small-Cap Growth Strategy invests primarily in the shares of small US companies possessing above-average growth potential. JUS says that the Strategy’s investment team employs a disciplined, long-term investment philosophy based on a careful analysis of business fundamentals relative to the price of the security, seeking to own sound businesses at attractive prices where our view of the world differs from that of the consensus. Underpinning this philosophy are three core tenets:

Disciplined, bottom-up research is the foundation of the Strategy’s strong risk-adjusted returns.

Christopher Berrier to be the new lead manager

JUS’s portfolio will be managed by Christopher Berrier, who has more than 20 years of investment experience, 15 years of which have been with Brown Advisory. Christopher is based in Brown Advisory’s Baltimore office and is supported by associate portfolio manager George Sakellaris, who has worked closely with Chris since joining Brown Advisory in 2014, as well as a 30-strong experienced team of equity research analysts.

The Board believes that the change in Investment Manager will provide the following key benefits to Shareholders:

FundRock Partners Limited will be appointed as the AIFM and the Company Secretary and will work alongside the new Investment Manager. FundRock has an established investment trust business and presents the Board with the added advantage of an existing close partnership with JPMorgan’s depositary, custody and administration services, which will be kept in place. Subject to shareholder approval, the Company’s name will be changed to Brown Advisory US Smaller Companies PLC.

Conditions to be satisfied

Jupiter US Smaller Companies has announced that Robert Siddles (pictured), the fund manager of the Company since 2001, has, for family reasons, decided to retire with effect from […]

Following on from its $282m IPO last month, Round Hill Music (RHM) will issue new ordinary shares under the terms of its placing programme. The shares will be issued at a price of US$1.01. In this morning’s announcement, it is noted that “RHM has identified a seasoned portfolio of iconic catalogues with established steady-state revenues that […]