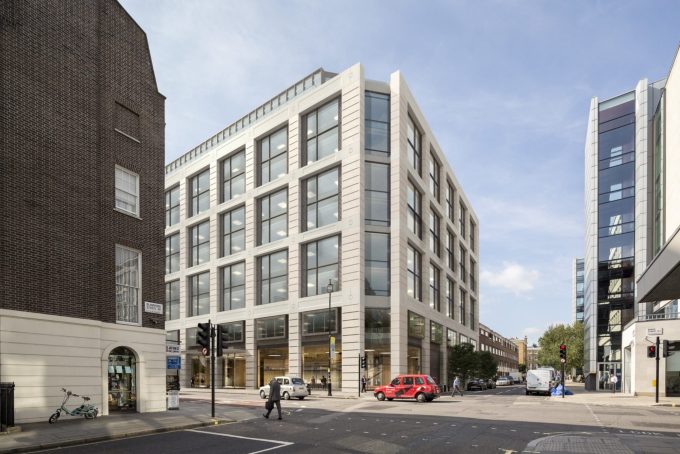 Derwent London, the central London office developer and owner, has collected 83% of rent for the first quarter of 2021.

The group said it has received 87% of the £40.9m office rent for the quarter, which is higher than the previous two quarters at an equivalent time.

It has received just 26% of the £3m it bills on retail/hospitality assets, bringing the combined figure to 83%.

A further 3% is expected to be received later in the quarter, principally through monthly receipts, and another 5% later in 2021.

Rent free periods have been granted on 1% of total rents, all in the retail/hospitality sector.

Derwent London has exchanged contracts to acquire the freehold of City Road Island EC1, the site of the Moorfields Eye Hospital and the UCL Institute of Ophthalmology, for […]

Derwent London has exchanged contracts to acquire Conoco House and Quadrant House at 230 Blackfriars Road, SE1 in Southwark, for £55.0m. It has bought the 100-year leasehold interest […]

There has been an awful lot of conjecture surrounding the future of the office and not of lot of data on which to pin anything on. Well, that […]

Derwent London, owner and developer of some of the biggest offices in London, has collected 80% of rents for the current quarter (billed on 29 September). This was far higher than the June and March quarter payment days at the equivalent time (70% and 73% respectively). The majority of the outstanding rent comes from the […]