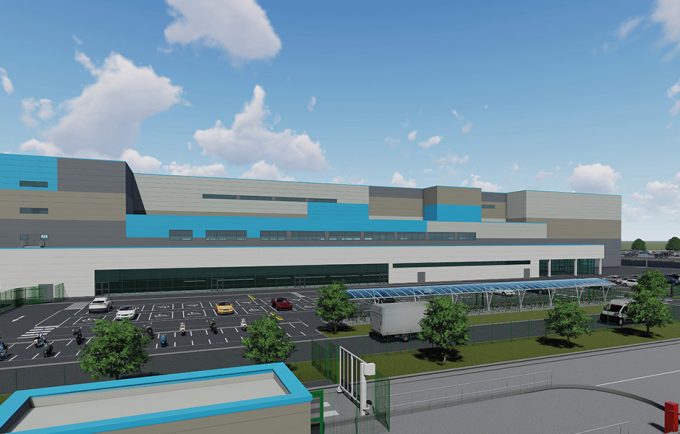 Timing is everything in property, and it looks as though Tritax Big Box REIT has got it spot on again with its foray into development.

Having launched in 2013, when the logistics sector was seen as the ugly cousin of the glamourous retail sector, the group foresaw the online shopping revolution way before anybody else. It proceeded to buy huge distribution centres, let to the likes of Amazon, at prices they could only dream of these days.

It scaled up its portfolio and rode the wave of rental growth and capital appreciation for many years, until the rest of the property world cottoned on to the dynamics at play in the sector and drove investment yields down.

Faced with an investment market that was heating up, the company saw minimal growth opportunities and surprised everybody with the £322m acquisition of a little-known logistics developer – almost two years ago to the day.

The deal to buy DB Symmetry was scoffed at by some market commentators, even more so when the group issued shares to finance the deal at a discount to their then market price and net asset value.

It was a sea change in strategy for the group that had been steadily growing income through acquiring long-let warehouses. Was the risk that comes with property development worth it?

Well yes, with bells on it. The group revealed some numbers in its fourth quarter trading update this week that surpassed even their own expectations.

In December, the group let up its speculatively built 164,000 sq ft building in Bicester to Ocado at a rent 20% ahead of its own appraisal levels for the scheme.

This follows the huge 2.3m sq ft letting to Amazon at its Littlebrook site in East London that concluded in June 2020.

Moreover, the company has the largest logistics focused landbank in the UK, with a near-term development pipeline spanning 9.2m sq ft and a future pipeline of 30.2m sq ft.

When you put this into the context of insatiable demand for space from online retailers (that has been accelerated during the pandemic), they are sitting on a gold mine.

Figures from real estate consultants CBRE and Savills show the logistics sector had record take-up in 2020, with 43-50m sq ft and year-on-year growth of more than 50%.

On top of that, there is estimated to be 112m sq ft of current requirements for logistics space in the UK. It is a great time to be in control of the largest logistics landbank in the UK.

Just as it did when it launched in 2013, Tritax Big Box looks to have got the timing just right on its development crusade.

QuotedData’s weekly news show 12 March 2021 Thank you to everyone that listened in today, whether you watched the Zoom live, on Facebook or on Youtube. In this […]

It is that time of year again – Black Friday. The US export has quickly become one of the biggest shopping days in the UK. But with shops […]