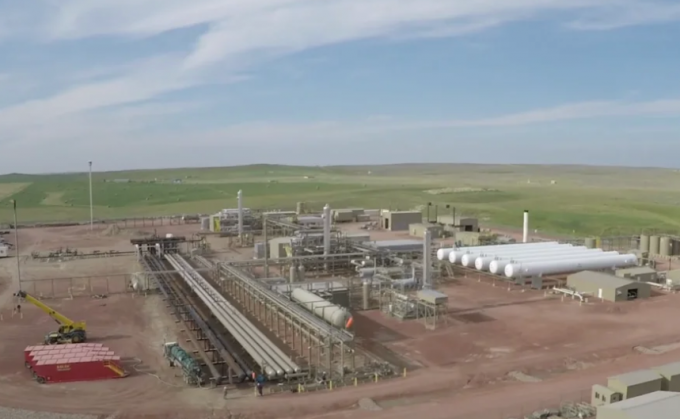 Riverstone Energy (RSE)’s annual results period to end-December 2020 saw it deliver 36% and 38% decreases in NAV in USD and GBP terms.

‘Tightening in supply, as a result of higher demand and lower non-OPEC+ supply, has helped to support a higher commodity price environment’

RSE’s chairman Richard Hayden provided the following summary of the challenges faced over the year: “Following the historic decline of the global economy in the first six months of 2020, growth in the second half of the year showed signs of improvement and was better than anticipated. This momentum was supported by private household spending following lockdowns in the first half of the year, and extraordinary levels of fiscal and monetary stimulus worldwide. After a tumultuous first half of the year, energy prices saw increased stability in the second half of 2020, due to rising economic growth supported by a notable recovery in China, and increased geopolitical stability related to OPEC+. Following the precipitous drop in oil demand in the beginning of the year, in April OPEC+ agreed to record production cuts of 9.7 million barrels per day. As concerns over pricing continued into the second half of 2020, OPEC+ agreed to extend production cuts of 7.2 mb/d into January 2021.

These significant OPEC+ actions, coupled with increased economic growth in the back half of the year, supported a WTI price recovery to just over $48 per barrel by 31 December 2020 – a 136 per cent. increase since the end of March 2020. Despite these positive developments, the initial outlook for 2021 appeared to be muted. In January 2021, the EIA announced the expectation that average annual U.S. crude oil production will fall from a record level of 12.2 mb/d in 2019 to 11.1 mb/d in 2021, increasing marginally to 11.5 mb/d by 2022. This positioning follows concerns in the fourth quarter over both a new variant of the coronavirus, that is threatening a resurgence of pandemic lockdowns and vaccination programmes that have not progressed as quickly as expected. However, and to the contrary, as 2021 has progressed, oil market fundamentals have shown signs of improvement. While a full recovery in oil demand during the first half of 2021 remains unlikely, a tightening in supply, as a result of higher demand and lower non-OPEC+ supply, has helped to support a higher commodity price environment.

Given the continued macroeconomic uncertainty, REL remains cautious and has spent the last twelve months focused on managing liquidity through executing on initiatives such as well shut-ins and pullbacks in capital expenditure and growth projects. Furthermore, REL continued to execute on the Company’s modified investment programme in 2020, which includes a pivot from commodity-price sensitive E&P investments towards energy transition assets. Even as the pandemic ground economic activity to a halt this past year, governments globally pursued decarbonisation plans. As a result, clean energy demand proved resilient in comparison to fossil fuel demand. In 2020 alone, the S&P Global Clean Energy Index grew by 138 per cent., while in the same period the S&P Energy Select Index and S&P Oil & Gas E&P Index declined by 38 per cent. and 37 per cent., respectively. This contrast between energy transition and traditional energy opportunities in the marketplace underscores the continued value challenge facing REL’s E&P portfolio.”

“In connection with REL’s initiative to pursue decarbonisation opportunities, the company made a $25m commitment in January 2021 to Loanpal, a fintech platform focused on originating loans that finance the purchase of environmentally conscious home improvements, including solar panels and battery systems. Additionally, REL fully funded a $10m commitment to FreeWire, which designs, manufactures and markets unitised battery-integrated DCFCs to customers such as retailers, utilities, electric vehicle fleet operators, and charging station network operators across the globe. In addition to hardware sales, FreeWire’s software platform offers recurring revenues, enabling charger management and third-party platform integration with plans to offer energy management and grid services. Furthermore, REL made a $10m  commitment, via a private placement, to Decarbonization Plus Acquisition Corporation, which announced an agreement for a business combination with Hyzon Motors Inc. in February 2021 that is expected to close during the second quarter of 2021. Hyzon, is an independent mobility company with an exclusive focus on hydrogen in the commercial vehicle market. The company’s proven and proprietary hydrogen fuel cell technology enables zero-emission, fleet-based, commercial transport at competitive performance as measured against both traditional fuel sources and other alternative vehicle power sources. Lastly, REL fully funded a $0.6 million commitment to Decarbonization Plus Acquisition Corporation II, via an initial public offering, during the first quarter of 2021. In addition to a strong ESG focus, REL believes these investments have attractive return potential, further diversify the portfolio, and capitalise on strong momentum for the energy transition globally. Additionally, in July 2020 REL committed $25m  to a vehicle that acquired Enviva Holdings, the world’s largest supplier of utility-grade renewable biomass fuel in the form of wood pellets. Not only does this investment align strongly with REL’s commitment to ESG, but operational performance in the fourth quarter was strong and the outlook for the company is positive.

Given disappointing REL performance, challenges facing the energy markets for the last six years, and events in 2020, restoring Shareholder confidence in REL remains a priority. The company has conviction in the modified investment programme, though improving performance will take time. During this period, REL is working to preserve value in the portfolio, continue cash flow discipline at the portfolio company level, and return capital to shareholders via the share buyback programme. To date, REL, through the Partnership, has repurchased nearly 17.0m shares at a weighted average purchase price of £2.90 per share. The remaining portion of the £50m  share buyback programme, announced in May 2020, will be completed in 2021 and the company will continue to consider additional share buybacks in the future.”

Boost for Riverstone Energy’s NAV thanks to ‘stabilised macro environment’

Riverstone Energy invests in batteries – Riverstone Energy Limited has bought an interest in one of Samsung Ventures’ battery technology focused venture capital portfolios for $30.0m. Other affiliates of […]

Riverstone Energy has two years to prove itself

When Riverstone Energy launched, it had a performance-driven discontinuation vote built into the structure. This would be triggered if, on 29 October 2020: the trading price for the […]