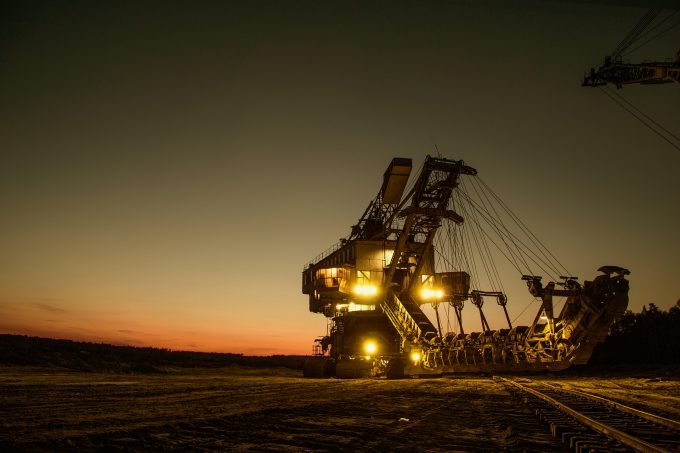 CQS Natural Resources Growth & Income (CYN) has announced its interim results for the six-months ended 31 December 2020, which show that it delivered a stellar recovery in the second half of its financial year. CYN provided an NAV total return for the six months to 31 December 2020 of +47.1% which compares to an increase in the composite benchmark of 18.1%. CYN benefited from good asset allocation as its overweight position in precious metals, and a significant weighting in copper, with a corresponding underweight of energy stocks aided performance. It also benefitted from some good stock selection decisions with a number of key stocks, such as West African Resources and First Quantum Minerals, delivering outstanding performance. CYN’s share price also benefitted from a strong recovery, with CYN providing a share price total return of 61.7% during the period.

CYN has continued to maintain the dividend and has paid two quarterly dividends of 1.26p each per share during the period under review. CYN’s board says that, since the Manager is focused on generating capital growth and income from the portfolio, CYN’s dividend may not always be completely covered by income and in those circumstances the Board will use distributable reserves to meet any shortfall. The yield on CYN’s shares was 3.6% as at 16 March 2021.

“Industrial commodity prices have been on an upwards trajectory and despite the waning effect of opportunistic Chinese stock building from mid-2020 (while western governments imposed lockdown measures), metal prices have sustained their positive momentum. As a proxy for wider base metals performance the LME copper price, having rebounded from March lows of US$4,630/t to over US$6,400/t at the end of June, rose a further 21% to 31 December 2020 and has continued to gain with a current price of US$9,147/t.

The US election result has also played a part. While both Democrat and Republican campaigns outlined significant spending plans, Democrat stimulus measures incorporate a significant “green” energy and electrification focus while the Biden win has also eased concerns over fraying US international relations. In tandem with the drive for greener power generation the electrification thematic has benefitted copper. Despite its recent price recovery, signals suggest a growing market deficit is building for this metal providing continued upside pressure on prices: Metal Exchange inventories are at lows and bonded stocks continue to decline; China’s premium for copper cathode has lifted and coinciding with strong demand price increases remain to the upside for copper.

An ancillary benefit arising from the change in US government is a thawing of international relations with the rest of the world, especially China. In this regard China has begun to import significant quantities of US goods, notably crops and energy, an indication of easing tensions. However in some aspects of China policy the need to improve supply security remains for critical minerals such as rare earth metals. Despite the Biden administration this factor particularly relevant to the US economy.”

Comments from the investment manager – Gold still has a place, silver playing catch-up

“Safe haven gold, which was far less affected during the lockdown selloff, slipping back only 3% over the first quarter of 2020, has also recorded strong gains rising nearly 25% over the second half of 2020. There has latterly been some selling pressure with investor risk appetite tilting more in favour of industrial metals. Vaccine news prompted this shift in sentiment and the gold price experienced some abrupt sell-off with a US$100/oz decline in early January 2021 following news of the roll-out of the newly approved AstraZeneca and Pfizer vaccines. Nevertheless, ballooning government debt and the accompanying rise in issuance of negative yielding debt coupled with attractive equity valuations results in a strong justification to retain exposure to precious metals which currently represent 22.8% of the portfolio. Within the precious metals sector the performance of silver miners has been extremely good. Given its use in solar panels and electronics, silver mining companies have experienced extremely positive share price performances.

Oil prices have also risen appreciably as demand expectations improve, with the vaccine roll out and the reopening of global economies. This was further supported by continued discipline from OPEC at the March meeting when they rolled the existing quota cuts. However, the market now appears to have returned to a level where US shale production is switching back on, albeit slowly with discipline from the major listed US shale producers. At the time of writing WTI prices have recovered to US$65/bbl and US onshore rig count has bounced. The potential return of spare OPEC production capacity remains a risk and this may cap future gains. Reflecting this, E&P equities have lagged with resources and the Fund continues to prefer indirect exposure via crude shipping, which we feel are more exposed to the improving outlook for strong activity.”

“The precious metal allocation had a significant impact on performance contributing nearly 60% of NAV gains. Within this West African Resources, which successfully transitioned from developer to producer, saw significant gains with the share price more than doubling over the year.

Latterly base metal mining equities have begun to catch-up. Of particular note, having ended the first half of 2020 down around 15% First Quantum’s share price has rerated significantly with the shares also more than doubling since the end of June. While this investment remains a top holding the position has latterly been reduced to manage concentration risk. Another strong performer was US based nickel-copper explorer, Talon Metals. With nickel increasingly viewed as a strategic battery metal, the company has benefitted as a key US based supplier of the metal and the share price has subsequently quadrupled. Again, in order to manage individual stock risk, the holding has latterly been reduced despite a continued encouraging programme of exploration.

Though copper remains a core metal for the delivery of clean energy, we have observed the resurgence in sentiment towards the nuclear power industry and note that Nexgen Energy is progressing its’ Tier 1 uranium development project in the Canadian Athabasca Basin. The need for nations to pursue alternate low emission sources of base load power generation alongside the likes of solar and wind has helped revive the nuclear sector which has gained substantial traction recently. Notably, government policies increasingly recognise the inherent value in existing nuclear generating capacity with the US now funding a programme to purchase a strategic stockpile of uranium and related services to support the industry which still supplies around 19% of the nation’s power.

While fixed income securities continue to generate revenue, the decision to reallocate fixed income exposure into equities has paid dividends providing much stronger total returns and, as outlined in the last annual report, bond exposure was reduced with the sale of Ecclesiastical 8.625% preference shares and Lloyds 7.875% bonds. This has been supplemented by redemptions such as Balfour Beatty preference shares. As a result, and following the strong equity performance, fixed income securities now represent approximately 9.8% of assets under management.”

“Despite some slowing in Chinese credit growth, other leading indicators seem to be improving. Also, the continued rollout of the vaccine in the West is a clear positive for commodity demand, while the lack of corporate investment remains a constraint to supply, which may worsen. As a result, the cyclical upturn appears to have some momentum, especially in base metals such as copper. The outlook for continued recovery is encouraging for the sector and we look forward to a new growth economy as the world endeavours to transition to a low carbon economy and build back better.”

[QD comment: After a difficult first half, things are looking up for CQS Natural Resources as commodity markets have tightened, and there could be more to come if, as some surmise, we are at the beginning of a broader commodity cycle. Near term, commodity markets have tightened – supply in many areas was curtailed dramatically by the pandemic and demand is recovering quickly as the global economy re-opens. Longer-term, green initiatives and replacing ageing infrastructure appear to be part of many countries recovery plans – particularly as countries strive to reduce their net carbon emissions to zero. There appears to be a growing realisation that this will be commodity heavy, yet many segments have seen production capacity fall as poor commodity pricing environments have led to low capital investment, which is critical just to maintain existing output. We will be exploring these issues in more detail in the weeks to come.]

This week I was fortunate to attend a seminar organised by Aberdeen Standard Investments (ASI) on inflation. The speakers included Iain Pyle, who is the manager of Shires […]

City Natural Resources High Yield Trust Plc has announced that, following shareholder approval at its AGM on 5 December 2018, it has changed its name to CQS Natural […]