QD view – shackles to come off in battle for unpaid rent 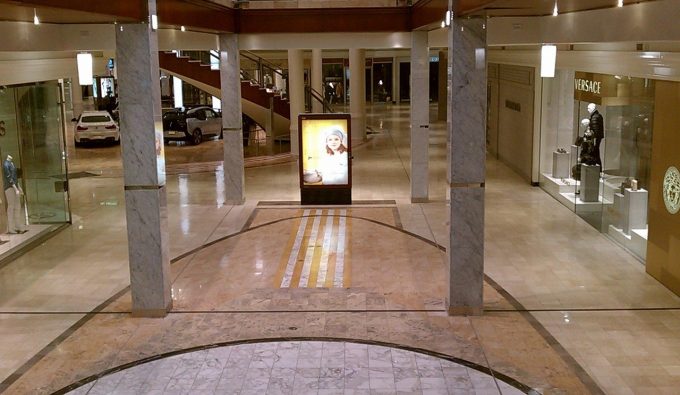 The moratorium on evictions that has shackled landlords on rent collection is due to come to an end at the end of June – whether it will or not is anyone’s guess as the government has kicked the can down the road since the pandemic started.

It will be good news for property owners that have footed the £5.3bn of rental arrears. Although the listed property sector accounts for a fraction of this, as rent collection announcements suggest, it is not an inconsequential amount.

In the most part, property companies have found mutually agreeable solutions with struggling tenants to help them through the pandemic. There are numerous tenants that can pay but won’t pay, however, and it is these (mainly private equity-backed companies) that landlords will want to go after when they can.

They may have to wait a little longer though. The Ministry for Housing, Communities and Local Government has finally realised the can-kicking has created a situation where a barrage of winding up orders and eviction notices will hit companies.

The government has launched a call for evidence to find how landlords and tenants are responding to the build-up of rent arrears.

Evidence that it says will “support the government’s decision-making on the best way to withdraw or replace these measures while preserving tenant businesses and the millions of jobs that they support”.

That is not a very comforting statement for landlords. My interpretation of that is that landlords are going to be left carrying the can for a long time yet, with the economic recovery potentially fragile.

Landlords are fully behind favouring an economic recovery over collecting near term rents, after all tenant failure is a far worse outcome. It is those companies that have used the moratorium to avoid their liabilities that have frustrated landlords.

The moratorium, which has been in place for over a year now, prevents landlords evicting commercial tenants for not paying rent, or using the courts to issue petitions to have companies wound up for not paying a debt.

It doesn’t, however, prevent them using the courts to sue for damages relating to unpaid rent.

Unibail-Rodamco-Westfield, which owns two of the largest shopping centres in the UK – Westfield London and Westfield Stratford City, has done just that. It has filed legal actions against dozens of retailers, including Gap, Pret A Manger and Superdrug, claiming around £10m in cases that are still active or settled.

The details of the claims and the defences shine a light on the complexity of going down this route. The retailers argue that their stores were in effect damaged and made unfit for use by the impact of COVID-19 and that the centre owners should be able to claim back from insurers any financial losses that came about as a result of this damage; and because they can claim the payment from their insurer, the terms of their lease say they shouldn’t have to pay rent.

The complexity, not to mention legal cost, of going down this route has put most landlords off. They will just have to wait until the moratorium ends, but won’t be holding their breath that will be any time soon.

Urban Logistics REIT has bought four assets for £28.6m, as it begins to deploy the proceeds from its recent £250m equity raise. The acquisition price reflects an average […]

Urban Logistics REIT has announced an Initial Placing, Offer for Subscription and Intermediaries Offer targeting gross proceeds of £200m at a price of 170 pence per share. Having […]

Urban Logistics REIT has acquired three assets for a total of £29.0m at a blended net initial yield (NIY) of 6.7%, as it continues deployment of its recent […]

Urban Logistics REIT has announced plans to move to the premium segment of the main market of the London Stock Exchange. The directors said they believed that the […]

Urban Logistics REIT gets to work after capital raise

Urban Logistics REIT has deployed £88m of the £109m it raised in July in six off-market transactions. The blended net initial yield (NIY) was 5.4% and is made […]