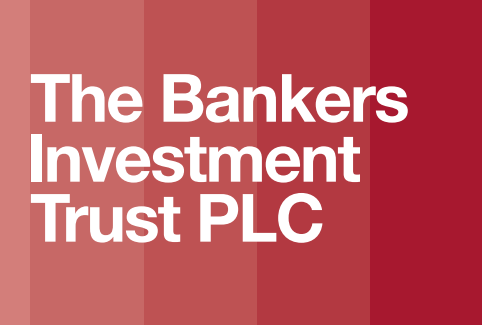 Bankers secures dividend growth despite underperformance – Bankers (BNKR) has published its interim results for the six months to 30 April 2021. During this time, its share price rose by 17.7% and its NAV by 17.4%, underperforming its FTSE All-Share benchmark return of 21.5%. Bankers has underperformed its index over one and three years but has stronger long-term figures.

Following share price almost trebling over the past decade, the board proposed in January 2021 a share split to sub-divide each ordinary share of 25p nominal value into 10 ordinary shares of 2.5p each. Shareholders approved the resolution for the share split at the AGM on in February 2021 and the sub-division took effect on 1 March 2021 when the new shares were admitted to trading on the London Stock Exchange.

Chair, Sue Inglis, said the underperformance over the six months under review largely resulted from the shift from lockdown beneficiaries to the reopening trade. She said: “Having been our worst performing portfolios over the previous financial year, our Pacific (ex Japan and China) and UK portfolios were best placed to benefit from this shift and delivered the strongest absolute performances over the period, both outperforming their benchmarks. The remaining four portfolios also delivered positive returns but underperformed their benchmarks.”

Statement from the fund manager:

The period under review saw a significant stock market recovery, largely driven by optimism that the rollout of vaccines would bring about a lifting of lockdowns and subsequent economic recovery. Upward revisions to global growth forecasts have fed through to profit upgrades for many companies. There has been, however, a change in leadership within markets whereby those companies hardest hit by lockdown (in sectors such as travel, hospitality and retail) have seen the sharpest recovery in share prices, while growth stocks have not materially participated in the rally. Nevertheless, many companies that investors believe will be beneficiaries of reopening remain challenged, as it is unclear how quickly global travel, for example, will recover given the threat of further Covid-19 variants.

The UK market has seen the largest bounce in share prices, as the country has benefitted from an early rollout of vaccines but more importantly a conclusion to the tortuous process of leaving the European Union. The Brexit deal concluded over Christmas was celebrated by politicians but is not the panacea for unfettered trade with the EU. It will take most of the year to determine the winners and losers on trade. However, the simple process of concluding an exit has clearly lifted uncertainty for international investors and renewed confidence in sterling has also assisted the UK stock market.

Inflation has been rising through 2021, reflecting bottlenecks in supply chains and disruption to factories last year from Covid-19 restrictions. In recent months, prices of basic goods such as food, timber and building materials have risen rapidly. Currently, central banks view these increases as transitory and have not reacted by raising interest rates. However, longer-term bond yields have risen reflecting investors’ views that rates will ultimately move upwards. The increase in the gap between short and long-term rates has benefitted financial stocks, and banks in particular, leading to the sector being one of the stand-out performers over the reported half year.

The portfolio returns in the six-month period to 30 April 2021 have been strong but have lagged the benchmark index, the FTSE World Index. There has been outperformance in the UK and Asia Pacific (ex Japan and China) portfolios, both of which are positioned more towards value and cyclical sectors that have benefitted from optimism of economic recovery. However, the US, European and Japanese portfolios are positioned towards higher growth companies which, whilst delivering impressive returns, have lagged the overall index gains in their respective markets. We continue to retain confidence in the high-quality companies within these portfolios and expect steady growth in profitability over the coming years.

The income generated by the portfolio has steadily recovered from its low point last year, as more companies have found confidence in their future outlook and returned to paying investors a dividend. We expect the sharp recovery in economic activity over the coming twelve months to feed through to increasing dividends and a steady recovery towards pre-pandemic levels of income for the Company.

The banking and retail sectors remain the two areas yet to reinstate dividends, but we remain hopeful about prospects for resumption of pay-outs into 2022.

Given the imbalance in supply and demand for Covid-19 vaccinations globally, it seems likely that there will be periods of stop/start as we navigate the remainder of the year. We have been increasing investment into European and Japanese markets based on lower valuations and a perception by investors that their recovery will be delayed by slow vaccination programmes. We are more optimistic as these markets have historically been beneficiaries of rising inflation and economic growth. These stock markets have higher representation of larger, cyclical companies such as those in the auto and engineering sectors which still offer good value. There will likely be periods of fluctuating share prices, as normally happens when markets have risen sharply, but we remain optimistic about the global recovery and intend to use market setbacks to increase investment towards our favoured companies.

In QuotedData’s morning briefing 19 January 2022: Harmony Energy Income (HEIT) has announced that construction for one of its seed portfolio projects, Pillswood, continues to progress well and […]

In QuotedData’s morning briefing 27 July 2021: HICL Infrastructure has reaffirmed its 8.25p dividend target for the year ended 3 March 2022. traffic volumes on its toll roads are […]

Bankers will split its shares after successful year

Bankers will split its shares after successful year – Bankers Investment Trust has announced results for the year ended 31 October 2020. The NAV total return per share was […]

Bankers promises 6% dividend increase – Bankers Investment Trust says that, for the year ended 31 October 2017, its NAV increased by 16.3%. The share price performance was […]

Share price boost for Schroder UK Mid Cap after refinements to strategy – Schroder UK Mid Cap (SCP) has announced its results for the six months to 31 March 2021, during which time its NAV was up 23.9% compared to a slightly higher 28.8% return from its FTSE 250 ex Investment Trusts index. However the board […]