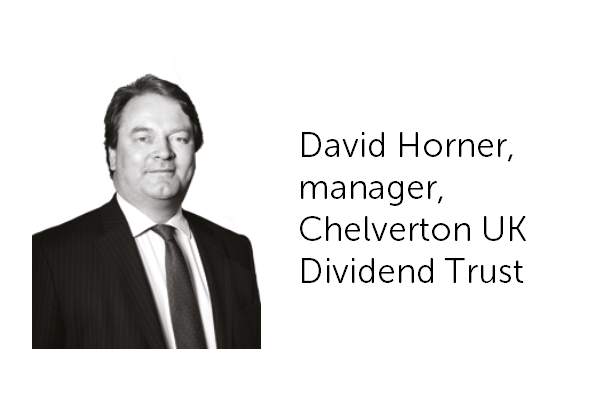 Chelverton UK Dividend’s NAV soars after initial pandemic fall – Chelverton UK Dividend (SDV) has announced its full year results for the year ended 30 April 2021. During the period, the trust’s NAV soared by 81.9% while its share price total return also rose by 57.2%. During the same period, the MSCI Small Cap index rose by 42.75%. SDV’s discount is currently trading at 2.99%.

For the year under review total dividends of 10.3p per share were paid, including a special dividend of 0.28p. The total dividend represents an increase of 7% on the previous year.

“While the 81.9% increase in NAV in the period is clearly pleasing, it should be taken in the context of the sharp fall in NAV in February and March 2020 during the initial phase of the pandemic. With this in mind, the two-year performance since 30 April 2019 is perhaps a more appropriate measure. During this period the Company’s net asset value rose 6.01% from 214.19p to 227.07p. A satisfactory performance over a period of extreme volatility which was delivered alongside increases in the core dividend in both years.

The turning point in the year was the announcement of an effective Covid-19 vaccine in November. Prior to this, uncertainty and fear governed both share prices and management actions at our investee companies, with guidance largely removed from the market and analyst estimates focusing on the “worst case scenario”. The impact on dividends across the market has been widely reported and our portfolio was not unaffected, with dividend income versus 2019 (the last year unaffected by Covid-19) reducing 53.0% to £1.71m. Given the high level of government support, corporate balance sheets were not, in the main, put under the same pressure as in previous crises. Despite this, due to the ﬁxation on worst case scenarios, there was a signiﬁcant uptick in equity issuance. As long-term income focused investors we see dilution as a major headwind against achieving good returns over the medium/long term. As such we believe additional equity should be issued sparingly. Unfortunately, the period saw a number of management teams raise new equity at very low prices, to give their businesses a short-term buffer against potential downside scenarios. While in some instances, particularly in the leisure sector, a capital injection was genuinely required to see them through the pandemic, other businesses raised cash where there simply was no need, and the dilution from these raises is permanent.

The announcement of multiple successful vaccine trials in November brought about a substantial swing in sentiment, with optimism now the order of the day. The market largely shrugged off new waves of the pandemic and additional lockdowns, with the focus now ﬁrmly on the post pandemic recovery and the expected wave of consumerism, funded by savings built up during the pandemic. Importantly, companies have been very cautious in their return to guidance, largely keeping enough powder dry to weather any re- opening delays.

During this time the much anticipated free trade agreement with the EU was also agreed and signed. The impact on our companies was relatively benign given the extensive preparations which had been taken previously for a “no-deal” scenario, however it removed a signiﬁcant element of medium-term uncertainty and perceived risk. The strong NAV performance delivered in 2021 was a direct result of the careful management of the Company’s revenue reserves in prior years. Going into this downturn the Company had sufﬁcient revenue reserves to cover around two years’ worth of dividend payments. This level of cover, and the stable ﬁnancial position of the trust provided by the Zero Dividend Preference shares, allowed us to focus on capital growth during the ﬁrst phase of the recovery, adding to existing holdings which we felt were materially undervalued despite short term uncertainty over the ability to pay dividends. With the UK vaccination program continuing apace, the outlook for the vast majority of our holdings is more certain, with many currently beneﬁtting from an element of “pent-up demand”. As such we have seen share prices recover strongly since the initial vaccine announcement, with some share prices now materially higher than in February 2020.

We wrote in last year’s report that we expected companies to emerge from this downturn stronger and ﬁtter than before, as had been the case in previous crises. Having now been through several results seasons and been in regular contact with our management teams through the pandemic, we are increasingly convinced that this will be the case. Companies have not been idle through the pandemic, using the period of reduced business activity to accelerate planned improvement programs and speed up the digital transformation process. The pandemic forced us all to adopt new ways of working and interacting with each other. We see multiple examples across the portfolio where this has led to increased acceptance of more efﬁcient business models, which would otherwise have taken a number of years to implement. How much of the changes in working practices will be permanent once the economy fully re-opens remains to be seen, but we believe the “hybrid” models which will likely emerge will leave our companies both more efﬁcient and more scalable.

In the last year takeover activity in the portfolio signiﬁcantly reduced from the level seen in 2020 (7 takeovers). Moss Bros Group and Low & Bonar were the only deals completed in the year, although both were originally announced in the prior year. In addition to the takeovers, eight other holdings from the portfolio were sold in their entirety (2020: 2): Elementis, Entain, Foxtons Group, Galliford Try Holdings, Kin & Carter, Titon Holdings, XP Power and XPS Pensions.

The positive momentum from the second half of last year has continued into the beginning of this year, with the Company’s net asset value rising a further 5.3% since 30th April 2021 to 239.16p as at 21 June 2021.

As outlined above, we believe our investee companies are, in the main, emerging as better companies with more efﬁcient processes. As the recovery continues, we expect the supply of skilled labour to become increasingly tight. This will make adoption of more ﬂexible working practices to access new pools of talent increasingly important, with processes which will allow businesses to grow without requiring additional labour also to be encouraged. The market is currently focused on how quickly businesses can return to pre- pandemic levels of activity however, in time, we believe our companies will get the credit they deserve for improving their business models over the course of the downturn.

Finally, while it feels like a long time ago now, the impact of Brexit on this portfolio should not be forgotten. While we now have a free trade agreement in place with the European Union, Covid-19 has focused investor attention elsewhere. We ﬁrmly believe the “Brexit discount” which our investee companies were suffering from has not yet reversed, a situation which we believe will start to rectify itself over the coming periods.

Chelverton UK commits to at least maintain its dividend

Chelverton UK commits to at least maintain its dividend –  Chelverton UK Dividend Trust has published its annual report for the year to 31 April 2020. The gearing […]

Small Companies Dividend Trust has announced its annual results for the year ended 30 April 2016. During the year, the Trust’s NAV per ordinary share increased by 8.44% […]

Smaller Companies Dividend Trust has reported its annual figures covering the year to the end of April 2015. Over this period the total return on the portfolio was […]

Over the six months to the end of October 2014, the gearing effect provided by its zero dividend preference shares worked against Smaller Companies Dividend Trust as small […]