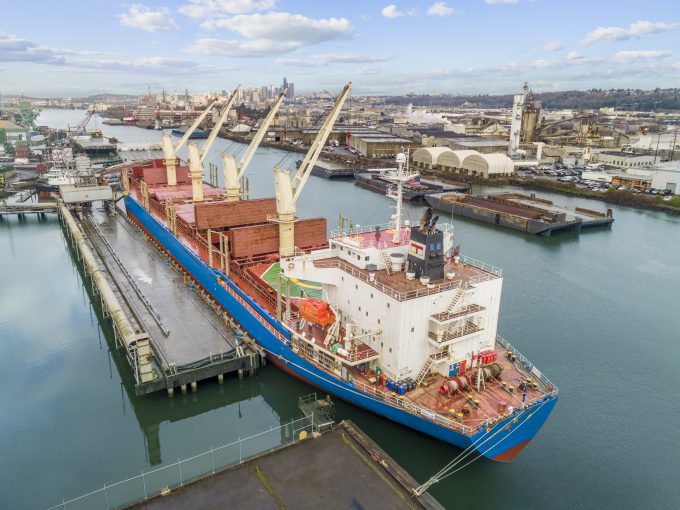 Taylor Maritime (TMI/TMIP), the recently launched specialist dry bulk shipping investment company, announced that it had successfully completed the deployment of the proceeds raised at IPO last month following the purchase of two Japanese built geared Handysize bulk vessels for an aggregate consideration of US$26.5m in cash.  Both vessels are being acquired at below 80% of depreciated replacement cost.

The two vessels add to the 23 seed assets

Since the company’s Prospectus was published on 7 May 2021, five vessels of the company’s Seed Portfolio have, on renewal of their initial employment, been fixed on charters of approximately one year in duration at an average annualised unlevered gross cash yield of over 20%.

Following completion of the remaining seed asset acquisition agreements, the company’s fleet will comprise 25 vessels. The executive team continues to make positive progress on its pipeline of primarily handysize and supramax vessels. The company looks forward to providing more details on these opportunities in due course.”

Edward Buttery, CEO, said: “We are pleased to have made these two attractively priced acquisitions which fully deploy our IPO proceeds.  We have also successfully placed another five of the vessels in our existing fleet on new charters that are delivering a strong yield and have a good duration.  We continue to see significant potential in the Handysize market with its ongoing robust fundamentals.”

Taylor Maritime is a newly established, internally managed investment company listed on the premium segment of the official list and traded on the main market of the London Stock Exchange.  The company will invest in a diversified portfolio of vessels which will primarily be second-hand and which, historically, have demonstrated average yields in excess of the company’s target dividend yield of 7% p.a. and are capable of being acquired at valuations that are expected to be below long-term average prices.

The company intends to pay dividends on a quarterly basis with dividends declared in January, April, July and October. The company expects to declare its first dividend of 1.75 cents per Ordinary Share for the initial period ended 30 September 2021 in October 2021.  Once the company is fully invested, the company will target a total NAV return of 10 to 12% p.a. over the medium to long term.

In QuotedData’s morning briefing 15 December 2021: Dunedin Enterprise (DNE) has announced regulatory approval has now been granted for the partial realisation of GPS, which is held via […]