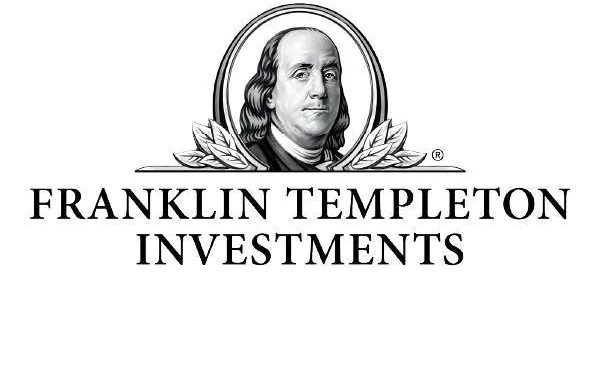 Templeton Emerging Markets’s (TEM’s) annual results to 31 March 2021 saw it deliver a total NAV return of 54.5%, which was significantly ahead of the benchmark MSCI Emerging Markets index return of 42.8%. The return to shareholders over the year amounted to 59.5%.

In addition to its strong exposure to China, which had such a strong 2020, TEM’s other two main geographies are South Korea and Taiwan, which also had good years.

‘Depth and breadth of China opportunity has grown exponentially’

TEM’s lead manager, Chetan Sehgal, provided a detailed account on its main markets, which we have included below:

“China remained TEMIT’s largest market exposure but the portfolio remained underweight relative to the benchmark. Equity prices in China gained more than 29% in sterling terms over the year, underperforming the benchmark. Encouraging economic data and government policy response to the pandemic drove investor optimism, but US-China disputes and increased Chinese government scrutiny of internet companies, emphasising fair competition, consumer protection and data security, dampened sentiment. Geopolitical tension between China and the United States remains a key headwind that is likely to persist under President Joe Biden’s administration, though we could see a shift to a more constructive tone. The US Department of Defense, however, added a number of Chinese companies to a list of those deemed to have some military connection. An executive order prevents US investors from holding any companies on the list. Although business operations should not be directly impacted by the ban, stock prices experienced some volatility as a result of some forced selling. China was the only major economy to generate GDP growth in 2020, underpinned by a diversified domestic economy driven by innovation and digitalisation. The strength of China’s economic recovery is unparalleled, in our view. The skill and speed with which the authorities dealt with the COVID-19 pandemic resulted in a V-shaped recovery that we believe bodes well for continued strength in the year ahead. Chinese economic policy is likely to focus on normalisation throughout 2021, using monetary, fiscal or regulatory levers. We also believe that the depth and breadth of the investment opportunities that the Chinese equity market offers have grown exponentially.

South Korea was TEMIT’s second-largest market position at the end of March and the portfolio was overweight versus the benchmark. South Korean equities gained 71% during the reporting period, the second-highest return in the benchmark after Taiwan. Technology-heavy indices in both countries soared on robust demand for their technology exports. A widespread chip shortage has underscored the world’s reliance on Taiwanese and South Korean semiconductor firms, which have dominated the global industry with their strong manufacturing capabilities. South Korean battery makers have become key suppliers of electric vehicle (EV) batteries, supporting EVs’ growing penetration on the back of favourable policies and advancing technology. Macroeconomic indicators in South Korea have deteriorated since the onset of the pandemic, but we expect them to normalise when the COVID-19 threat recedes.

With a return of nearly 75%, Taiwan outperformed all other countries in the MSCI Emerging Markets Index over the reporting period. Taiwan posted better-than-expected economic growth for 2020 and was among the few markets in the world to avoid a contraction during the pandemic. TEMIT’s exposure to Taiwan was largely attributable to Taiwan Semiconductor Manufacturing (TSMC), one of the portfolio’s largest holdings and the largest stock contributor to TEMIT’s performance relative to the benchmark. Taiwan’s companies derive over 70% of revenues from abroad. The country’s highly educated workforce has been the backbone of its steady ascent up the value chain in manufacturing; it is now an exporter of technology components and essential semiconductor chips that constitute the computing power behind modern technologies. The importance of these products in the world economy is only increasing, which is a powerful tailwind for Taiwan’s economy. The pandemic has accelerated some long-term themes that have benefited Taiwan, which we expect to continue.

Russia trailed its emerging market peers, returning 31% in sterling terms. Equities in the energy-dependent market spiked and dipped along with changes in oil prices, although other factors influenced performance as well. In May, Russia’s benchmark index recorded robust returns, driven by strong appreciation in the rouble, higher oil prices and easing quarantine measures. Voters passed a constitutional referendum that allows President Vladimir Putin to seek two additional terms, effectively remaining in power until 2036. Then in August and September, lower oil prices, geopolitical worries and a depreciation in the rouble offset the development of a COVID-19 vaccine and better-than-expected second-quarter GDP data to push Russian equities lower. As oil prices rose again later in the year, Russian equities advanced thanks to an improved outlook for global oil demand. A weaker rouble, mass protests across the country and geopolitical noise weighed on investor sentiment as 2021 began. Finally, another upswing in oil prices buoyed Russian equities near the close of the reporting year, although worries of potential US sanctions then checked returns. Looking forward, given a recovery in oil prices and stable environment for the rouble, we believe that Russian companies will be likely to benefit from positive earnings revisions and improved distributions to shareholders.

India gained 59% in sterling terms, performing better than most of its peer countries in the benchmark. Equities advanced relatively steadily throughout the reporting period, notwithstanding intermittent sell-offs prompted by India-China border clashes and worsening COVID-19 infection rates. A relaxation of lockdown restrictions early in the reporting year lifted hopes for the economy’s recovery and drove equities higher. Better-than-expected corporate results also cushioned the market against COVID-19’s sustained spread. The Indian government’s emphasis on infrastructure development in its current Union Budget should benefit the construction, infrastructure and cement sectors, while plans to increase the foreign direct investment limits in insurance companies bodes well for that sector. A revival of GDP growth, combined with the push on infrastructure and industrial growth, as well as a benign interest-rate environment, could support loan growth, which could benefit banks with a sizeable corporate lending activity. Normalisation of credit stress on the back of falling interest rates and improving liquidity should also have a positive impact on banks, an area where we maintain a positive outlook. A key holding in India is one of the country’s largest private-sector banks, ICICI Bank. Although India remains one of the relatively larger positions in TEMIT’s portfolio, we remain underweight relative to the benchmark. We believe that as investment-driven GDP growth picks up, so should disposable incomes, in turn boosting domestic consumption. Overall, we expect India’s economic recovery to continue over 2021, as economic activity gradually settles toward pre-pandemic levels.

Brazil gained 32% during the reporting period but lagged the benchmark. Heavy government spending and monetary policy easing helped to bring some stability to the economy in the early stages of the pandemic. In the third quarter of 2020, however, worse-than-expected second-quarter GDP data weighed on market sentiment. Latin American equities and currencies staged a rally based on growing investor confidence and stronger commodity prices in the final months of 2020, with optimism around Brazil’s economic rebound outweighing worries over its fiscal deficit following massive stimulus to tackle the pandemic. Market trends in the first few months of 2021 reversed some of those gains, as concerns about Brazil’s fiscal position and COVID-19 situation coupled with weakness in the real weighed on Brazilian equities. The intensifying pandemic has added pressure on the government to ramp up already massive spending. Signs of increased state interference in the economy and heightened political noise ahead of next year’s presidential election also held back returns. Complicating matters, rising domestic inflation has narrowed the scope for monetary policy support. The central bank raised its key interest rate from a record low in March, signalling the start of a rate-hike cycle. We believe that Brazil’s economic recovery will rely heavily on the government’s ability to implement long-awaited structural reforms. Meanwhile, as a major commodity exporter Brazil is likely to benefit from rising prices for commodities, as well as their broad appeal as an inflation hedge. We expect higher interest rates in Brazil to bode well for banks, especially market leaders that have weathered the pandemic with the help of strong capital positions and large deposit franchises.”

TEM’s board is proposing a number of changes to the investment policy, which are subject to shareholder approval at this year’s AGM.

The key proposed changes, as described by TEM’s chairman, Paul Manduca, are:

TEM will also carry out a share split to improve the fund’s marketability, with the share price having more than doubled over the five years to end-March 2021. Paul notes that “to assist monthly savers, shareholders who reinvest their dividends, and individuals wishing to invest smaller amounts, the directors are proposing the sub-division of each existing ordinary share into 5 new ordinary shares of 5 pence each. The directors believe that the Share Split may improve the liquidity in, and affordability of, the company’s shares, which would benefit all shareholders.

The share split will not affect the overall value of any shareholder’s holding in the company, and we have made arrangements to ensure that there will be no interruption in trading the shares on the London and New Zealand stock exchanges when the share split takes place.

The new ordinary shares will rank pari passu with each other and will carry the same rights and be subject to the same restrictions as the existing ordinary shares, including the same rights to participate in dividends paid by the company. The share split requires the approval of shareholders and, accordingly, resolution 10 in the notice of AGM seeks such approval.”

Templeton Emerging Markets (TEM) has announced that, following a review, the management fee arrangements with Franklin Templeton are changing and shareholders will benefit from a modest fee reduction. The current annual […]