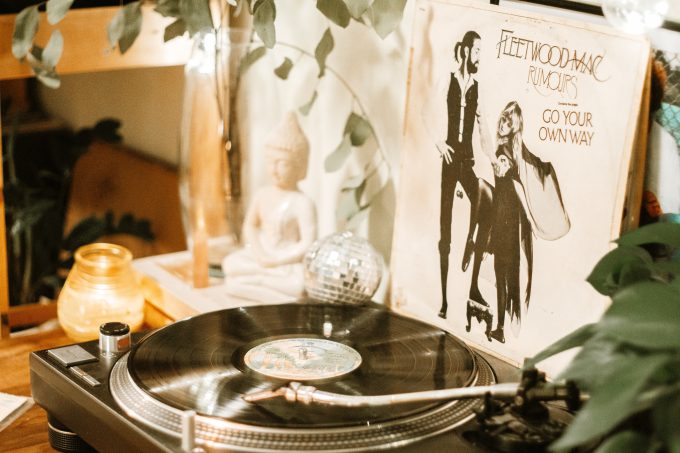 Another legendary acquisition for Hipgnosis boosts Fleetwood Mac exposure – Hipgnosis Songs (SONG) has acquired a catalogue from Christine McVie, best known as one of the key writers and vocalists of one of the most successful bands of all time, Fleetwood Mac.

Christine McVie made two UK Top 20 albums with ‘Chicken Shack’, her debut solo album, ‘Christine Perfect’, and featured heavily on Fleetwood Mac’s ‘Mr Wonderful’, ‘Then Play On’ and ‘Kiln House’, before joining the band permanently in 1970. Between 1971 and 1974, she wrote and sang on five albums for the band, including the platinum certified ‘Bare Trees’ as well as the gold certified ‘Future Games’ and ‘Mystery to Me’.

Merck Mercuriadis, founder of Hipgnosis Songs, said: “Christine McVie is one of the greatest songwriters of all time having guided Fleetwood Mac to almost 150 million albums sold and making them one of the best-selling bands of all time globally. In the last 46 years the band have had three distinct writers and vocalists but Christine’s importance is amply demonstrated by the fact that eight of the 16 songs on the band’s Greatest Hits albums are from Christine. It’s wonderful for us to welcome Christine to the Hipgnosis Family and particularly wonderful to reunite her once again at Hipgnosis with Lindsey Buckingham. Between Christine and Lindsey we now have 48 of 68 songs on the band’s most successful albums.“

Christine McVie added: “I am so excited to belong to the Hipgnosis family, and thrilled that you all regard my songs worthy of merit. I’d like to thank you all for your faith in me, and I’ll do all I can to continue this new relationship and help in any way I can! Thank you so much!”

In 1975, Lindsey Buckingham and Stevie Nicks joined Christine McVie and other existing members of Fleetwood Mac, Mick Fleetwood and John McVie, to create the most famous and most consistent version of the iconic band. Their first album together, the self-titled ‘Fleetwood Mac’, reached Number 1 on the US Billboard 200 chart and launched the band to musical super-stardom. Christine McVie wrote five songs on ‘Fleetwood Mac’ including the two Top 20 singles, Over My Head and Say You Love Me. Since its release, the album has been certified 7x platinum in the US and was ranked 182nd by Rolling Stone Magazine on their “The 500 Greatest Albums of All Time” chart. In total, five of this album’s 11 songs were written by Christine McVie.

Fleetwood Mac’s follow up album, ‘Rumours’, became one of the bestselling albums of all time having sold over 45 million copies worldwide. An instant commercial success, ‘Rumours’ sold over 10 million copies worldwide in the month following its release and won “Album of the Year” at the 1978 Grammy Awards. The album was named by Rolling Stone Magazine as the seventh greatest album of all time, has been certified 2x diamond in the US and Canada, as well as 14x platinum in the UK. ‘Rumours’ produced four Top 10 singles, including Christine McVie’s Don’t Stop, which reached Number 3 in the US, and You Make Loving Fun, which reached Number 9 in the US. Both have been streamed more than 1 billion times each across all services.  ‘Rumours’ also included the iconic hit The Chain, which was co-written by Christine McVie and has also been streamed more than 1 billion times globally. In total, five of this album’s 11 songs were written by Christine McVie.

In 1979, Christine McVie wrote six songs on Fleetwood Mac’s multi-platinum double album ‘Tusk’, including the Top 20 single Think About Me. ‘Tusk’, which reached Number 1 in the UK and Top 5 in seven countries including the US, has been named by NME in their list of “The 500 Greatest Albums of All Time”, and has sold over 4 million copies worldwide.

In 1982, Fleetwood Mac released ‘Mirage’, which sold over 2 million copies in the US alone and was platinum or gold worldwide. Christine McVie wrote four of the album’s 12 songs, including the singles Hold Me, which reached Number 4 in the US, and Love In Store which made Number 22.

In 1987, Fleetwood Mac released ‘Tango in the Night’, which sold over 15 million copies worldwide making it Fleetwood Mac’s bestselling album since ‘Rumours’. ‘Tango in the Night’ featured four US Top 20 singles, including Christine McVie’s Little Lies, which reached Number 4 in the US and is multi-platinum certified, and Everywhere, which reached Number 4 in the UK, both of which have been streamed over 1 billion times globally. In total, five of this album’s 12 songs were written by Christine McVie.

In 1998, as a member of Fleetwood Mac, Christine McVie was inducted into the Rock and Roll Hall of Fame and received the Brit Award for “Outstanding Contribution to Music”. In addition, Christine McVie has been awarded a Gold Badge of Merit Award from The Ivors Academy and the “Ivor Novello Award for Lifetime Achievement” from the British Academy of Songwriters, Composers and Authors.