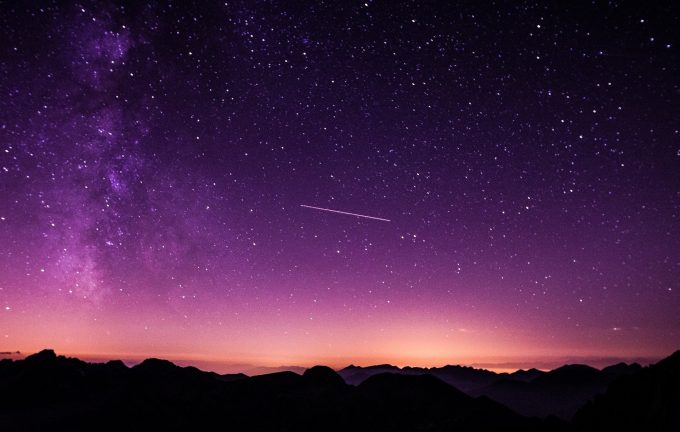 New Star Investment Trust (NSI) has announced its annual results for the year ended 30th June 2021, during which it benefited from its allocations to UK smaller companies and emerging markets but allocations to dollar cash and gold equities hurt performance. During the year, NSI generated a positive total return of 22.16%, taking the net asset value (NAV) per ordinary share to 194.49p. By comparison, the Investment Association’s Mixed Investment 40-85% Shares Index rose 17.48%, the MSCI AC World Total Return Index rose 25.10% in sterling while the MSCI UK Total Return Index rose 17.46%. Over the year, UK government bonds declined 6.48%. NSI says that it ended the year with cash representing 6.12% of its NAV and is likely to maintain a significant cash position. The board is recommending the payment of a dividend of 1.4p per share (2020: 1.4p), but say that the level of future dividends may, in the short term, be adversely affected by Covid-19-related dividend cuts. During the year, NSIO’s shares continued to trade at a significant discount, which the Board says it is keeping under review. More detail on performance is provided in the manager’s portfolio review below.

“Your company’s total return over the year under review was 22.16%. By comparison, the Investment Association Mixed Investment 40-85% Shares Sector, a peer group of funds with a multi-asset approach to investing and a typical investment in global equities in the 40-85% range, rose 17.48%. The MSCI AC World Total Return Index rose 25.10% in sterling while the MSCI UK Total Return Index rose 17.46%. Your company benefited from its allocations to UK smaller companies and emerging markets but allocations to dollar cash and gold equities hurt performance. Income fell due to dividend cuts resulting from Covid-19 lockdowns. Such cuts are, however, likely to be temporary and further investments in equity income holdings were made during the year.

UK equities lagged foreign equities for two main reasons: the pound’s strength and the bias of the London stockmarket towards cyclical companies, leading to larger dividend cuts than experienced by companies in Europe excluding the UK and the US. UK smaller companies outperformed, however, rising 49.77% as Britain’s relatively successful vaccination programme led to the lifting of some lockdown restrictions, fuelling a domestic recovery that exceeded expectations. Aberforth Split Level Income, which has a bias towards UK smaller value stocks, was your Company’s best performer, rising 97.66% as strong investment returns were magnified by the leverage provided by its split capital structure.

In July 2020, the UK equity allocation reduced through the sale of the SPDR FTSE UK All Share exchange-traded fund (ETF), which had been bought after stockmarket falls triggered by the initial lockdowns in March 2020. In January 2021, the allocation to higher-yielding UK smaller companies increased through an addition to Chelverton UK Equity Income, which gained 44.65% but lagged the gain for smaller companies overall as dividend cuts narrowed the opportunities to generate equity income. Brompton UK Recovery and Man GLG UK Income also benefited from their bias towards smaller companies, rising 30.35% and 23.32% respectively. Trojan Income lagged, however, up only 8.16% because of its focus on large stocks in defensive sectors such as consumer staples, accounting for 27% of its portfolio at the year end.

Equities in emerging markets and Asia excluding Japan gained 26.43% and 25.25% respectively in sterling as Covid-19 was initially contained following stringent lockdowns in China and other Asian countries. In July 2020, the allocation to Asia ex-Japan equities increased through the purchase of Matthews Asia ex Japan Dividend. The Chinese economy rebounded strongly at first but there were signs in the weeks after your Company’s year end that growth was slowing. There were also fears that Beijing’s focus on “common prosperity” might lead to regulation to reduce corporate profits.

At 30 June 2021, Matthews Asia ex Japan Dividend was underweight in China and overweight in Vietnam and South Korea. Vietnam benefits from manufacturers shifting production out of China to reduce costs and mitigate the impact of poor China-US trade relations. Vietnam Enterprise Investments, which invests mainly in quoted companies, was added to increase your Company’s exposure to this fast-growing economy. Your Company’s emerging markets allocation increased in February through the addition of JP Morgan Emerging Markets Income, an open-ended fund that follows a similar strategy to the JP Morgan Global Emerging Markets Income investment trust, an existing holding, which gained 40.11% over the year. Somerset Asia Income Fund, previously Liontrust Asia Income, also outperformed, rising 28.60%.

Among your Company’s single-country Asian and emerging market investments, Stewart Investors Indian Subcontinent Sustainability rose 47.52%, outperforming the 40.41% gain for Indian equities in sterling as investors shrugged off rising Covid-19 infections exacerbated by the more infectious delta variant and focused on the longer-term impact of Narendra Modi’s liberalisation of employment and agricultural laws. The HSBC MSCI Russia Capped ETF rose 22.96% while Russian equities gained 24.96% in sterling. The Russian market, which has a bias towards energy stocks, benefited from the strong oil price, up 61.63% in sterling, but currency weakness resulting from rising political risk in the wake of the US election, proved a headwind. Lindsell Train Japanese Equity fell 8.01%, lagging the 10.71% gain for Japanese stocks in sterling, because of its bias towards quality companies during a year in which cyclical stocks such as banks outperformed.

Investments in dollar cash and BlackRock Gold & General, which holds gold miners, provide diversification and may offer some capital protection should equity markets fall. Both investments were hurt during the year under review by currency swings as exceptional monetary and fiscal measures weakened the dollar and the Brexit deal buoyed the pound. Gold and gold equities fell 14.07% and 14.01% respectively in sterling, contributing to a 15.46% fall by BlackRock Gold & General. The holding in dollar cash suffered from the dollar’s 10.56% fall against sterling although the impact was muted because some cash was invested during the year in new opportunities, predominantly in equity markets.

All six of the EF Brompton Global multi-asset funds were ranked above the median for performance in their respective Investment Association (IA) peer group with four funds in the top quartile and two funds in the second quartile.

Amongst your Company’s private equity investments, there was good news regarding the holding in Embark, which accounted for 6.14% of net assets at the start of the year. In July 2021, Lloyds Banking Group said it had reached agreement, subject to regulatory approval, to buy the majority of Embark’s business. As a result, your Company recognised an additional net £7.9 million in respect of this investment.”

Several investment companies reported results this morning. In QuotedData’s other news 27 September 2019: Africa Opportunity Fund (AOF) reported half-year results to 30 June 2019 with NAV per share of US$0.689 as at 30 June 2019; this […]

Over the second half of 2015 New Star Investment Trust delivered a 2.5% return on net assets which compares favourably to a -0.5% return on the IA Mixed […]