Land Securities agrees to buy U and I Group for £190m 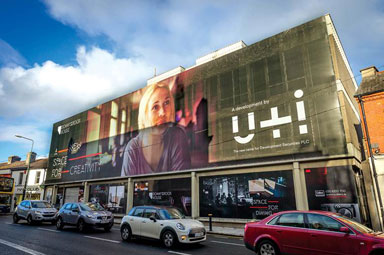 Land Securities (LAND) has agreed terms of a recommended all cash offer for U and I Group (UAI), valuing the company at £190m.

The all cash offer for UAI is by Landsec Development, a newly formed wholly-owned indirect subsidiary of Land Securities, and is unanimously recommended by the board of UAI.

It added: “Landsec set out a strategy in October 2020 to recycle investment in order to drive growth and generate higher returns, including through urban opportunities in London and other major regional cities. The acquisition accelerates that strategy, adding an attractive pipeline of mixed-use urban development opportunities along with complementary skills and expertise.

“U+I provides access to a significant pipeline of mixed-use development schemes, of which two are well-progressed through planning (Mayfield in Manchester and Morden Wharf, Greenwich Peninsula) and in respect of which Landsec believes that it can accelerate the pace of development.

“U+I also provides access to a further high quality, office-led development in London (Landmark Court, Southwark) with planning consent. In addition, there is a strong alignment of cultures between the two companies, with a focus on developing sustainable communities in the interests of broader stakeholders.”

LAND has received letters of intent to vote in favour of the acquisition from Aberforth Partners LLP, J O Hambro Capital Management Limited, Jupiter Asset Management Limited and Ennismore Fund Management Limited, which combined total 39,754,171 of U+I Shares, or around 32% of the issued capital. With the shares owned by U+I directors, the deal has the backing of around 35% of the share capital of U+I.

Background behind the deal

In October 2020, LAND set out its future growth strategy focused on three key areas: Central London offices; major retail destinations; and urban development opportunities in London and other major regional cities. The goal of the strategy was to accelerate growth through recycling capital into higher return opportunities and deliver attractive income and growth returns.

It believes the acquisition would add core regeneration assets to its development pipeline and enhance the group’s placemaking skills. It said U+I aligned closely with its sustainability goals, including the design and development of new sustainable communities.

It added U+I provides access to a significant pipeline of mixed-use development schemes, of which two are well-progressed through planning.

LAND said it believes that it can accelerate the pace of development across these sites by combining Landsec’s own development capabilities and the strength of its balance sheet, with U+I’s placemaking skills.

LAND said these opportunities would enable it to invest £600-800m in development capital expenditure in the short to medium term.

[QD view: The deal feels like a no-brainer for UAI shareholders. The company has struggled to find the capital to progress these development projects with its share price languishing at a 55% discount to basic NAV for an extended period of time. For LAND shareholders, it is securing development opportunities that can provide significant returns in the medium term.]

LAND : Land Securities agrees to buy U an I Group for £190m

Land Securities has agreed a deal to sell 32-50 Strand, in London, for £195m, representing a net initial yield of 4.2% to Sinarmas Land Limited, a real estate company listed […]

Here at QuotedData we like a company that takes the bull by the horns and gets on with things. So it was good to see two significant announcements […]

Land Securities (LAND) has acquired a 75% stake in MediaCity, the 37 acre media, digital and tech hub home to the BBC in Salford, Greater Manchester, for £425.6m. […]

QD view – Can Upton regenerate U and I Group’s future?

This week saw the seventh change in chief executive of a listed property company since the start of the pandemic. Regeneration specialist U and I Group (UAI) parted […]

Landsec has announced that it has exchanged contracts to sell 1 & 2 New Ludgate to Sun Venture for a cash consideration of £552m. Completion is expected to […]

Here at QuotedData we like a company that takes the bull by the horns and gets on with things. So it was good to see two significant announcements this week from Land Securities (Landsec) that certainly shows courage in their convictions. As we reported this week, Landsec announced it had agreed to takeover listed regeneration […]