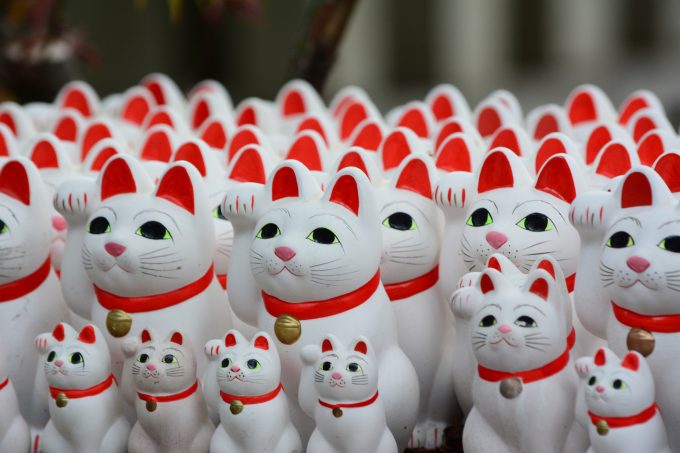 CC Japan Income & Growth (CCJI) has announced its annual results for the year ended 31 October 2021, during which it experienced a strong recovery and was able to significantly outperform the Japanese market. To illustrate, during its financial year, CCJI provided NAV and share price total returns of 24.3% and 32.7%, while the TOPIX provided a total return of 11.9% (all in sterling terms). CCJI’s chairman, Harry Wells, says that the year presented unprecedented challenges for its manager, Richard Ashton, who has retained portfolio holdings with solid prospects while repositioning the portfolio into companies which have growth trajectories, and improving cash flows and dividends. Wells comments that many of these companies should continue to benefit from a reopening of the domestic Japanese economy.

Reflecting the strong level of outperformance, portfolio attribution was strongly positive with the trust’s structural gearing making an important contribution. At the stock level, new positions that the manager established during the equity market volatility of 2020, feature prominently in the leading performers. The manager says that companies such as DIP Corporation, (recruitment) Open House (real estate), Denso (manufacturing technology) and Technopro (technology staffing) have been beneficiaries of the domestic economic recovery to date and their share prices have performed well.

CCJI also benefitted from improved share price performance of a number of long-standing holdings. These include Sumitomo Mitsui Financial Group and Mitsubishi UFJ Financial Group in the banking sector, Softbank Corp & NTT Group in the telecommunications sector. The manager says that, despite facing considerable business challenges over the past 18 months, these companies have been able to improve their returns to shareholders with increases in annual dividends and share buyback initiatives, which have been well received by the market.

CCJI also benefited from tender offers for two long term holdings whose share prices suffered greatly during 2020 – GCA (a Japan based M&A advisory business) and Invesco Office REIT (an office property Real Estate Investment Trust). The manager says that, for both of these companies, a strong balance sheet, shrewd management and shareholder awareness allowed them to deliver a stable dividend over the period and that these attributes were recognised by a third party willing to offer a significant premium to the prevailing share price (as well as a price that was that at which the shares had traded prior to the pandemic).

On the flip side, CCJI’s weakest performers during the period included Hikari Tsushin (corporate services) and Nippon Gas, both of which have suffered due to higher energy prices for their wholesale businesses. Each company has indicated that these are temporary timing issues and have confirmed their confidence in the long-term outlook by increasing the dividends year on year and announcing share buyback programmes. In addition, the share prices of consumer products and services companies such as Kao (consumer products), Noevir (cosmetics) and Nippon Parking development have remained lacklustre. However, these companies have all increased their dividends consistently over the last two years, which the manager says reflects their healthy underlying financial position and the prospect of better times ahead as the economy normalises post the pandemic.

CCJI’s manager says that, while portfolio changes in 2020 were an immediate reaction to the COVID-19 outbreak and the rapid government and central bank response, activity in 2021 has better reflected the underlying attributes of the individual companies. This is particularly evident in the new holdings established during the year and highlights the influence of the ongoing corporate governance reforms in Japan. For example, Hitachi, an electrical conglomerate, often historically associated with many of the perceived failings of corporate management in Japan, has made steady progress in de-leveraging its balance sheet, focusing its business portfolio and simplifying its management structure. Having achieved many of its interim goals, it has now indicated a desire to focus on improving its returns to shareholders which management recognises have fallen behind improving national standards in Japan. Carta Holdings (internet advertising platform) has cited the upcoming restructuring of the Tokyo Stock Exchange Indices and its desire to be included in the Primary Section as the important consideration in its recent announcement of a more generous shareholder return policy, which clearly emphasises the importance of stability going forward. The manager says that new holdings were also established in TRE Holdings (waste material recycling and biomass power generation) and Asahi Holdings (precious metal refining and recycling), reflecting the potentially exciting opportunities for their operations as Japan seeks to enhance its environmental standards increasing the appeal of their attractive approach to shareholder returns.

During the period, the manager has exited holdings in Gakkyusha, Yamada Holdings, Pigeon, Nihon Unisys, Nomura and Japan Metropolitan Fund due to concerns over the sustainability of their pre-COVID-19 business success and hence their long-term shareholder return prospects. Positions in holdings such as Shoei (motorcycle helmets), Itochu (general trading), Tokyo Electron (electricity utility) and West Holdings (solar power) were reduced into strong performance of the shares although they each remain important holdings within the portfolio. However, holdings in Mitsubishi UFJ Group and Sumitomo Mitsui Financial Group along with Sompo Insurance and Orix (diversified financial services) were increased as it became clear that their business prospects were not as disappointing as many had initially feared.

CCJI’s manager continues to believe that the steady progress of corporate governance reform and the associated benefits in terms of capital efficiency and shareholder returns will provide the real catalyst for the improvement in Japanese equities rather than short term macro or political considerations. It says that the Corporate Governance Code, first introduced in 2014, is continuing to play a significant role in promoting the necessary improvements as its principles and guidelines are revised and enforced. Certain favourable trends can be measured directly such as the increasing presence of external independent directors, the reduction in cross-shareholdings, the elimination of parent subsidiary listings and general restructuring of non-core assets, although it is in the commentary and actions of corporate management where the change is most evident, in its view. The manager comments that the resilient dividend and share buyback profile of the last two years is in stark contrast to the UK and Europe and highlights the significant benefit this offers to Shareholders through greater and more stable returns. The manager says that the run rate for the current fiscal year suggests that both dividend and share buybacks are on track to exceed their previous peaks in the 2019 financial year.

CC Japan Income & Growth (CCJI) has announced its annual results for the year ended 31 October 2020, which show that it was hurt by its focus on […]

QuotedData’s weekly news show 27 November 2020 Thank you to everyone that listened in today, whether you watched the Zoom live, on Facebook or on youtube. In this […]