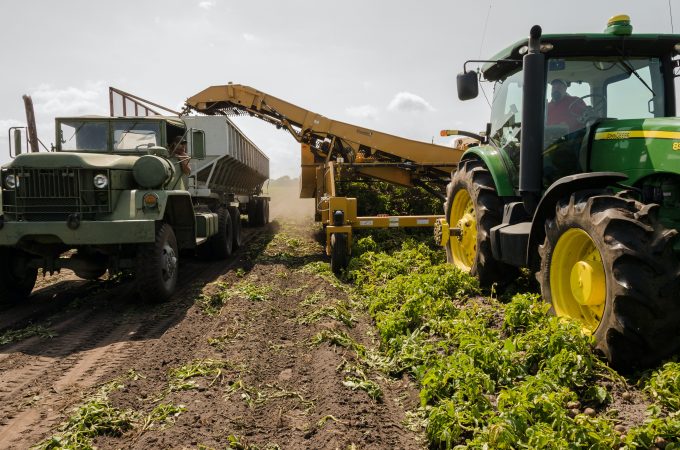 The company will seek to promote more sustainable crop production and help address a capital solutions gap which exists in the agricultural sector in select regions. It will provide finance for crop inputs and for capital investment in new technologies and infrastructure which help increase crop yields and have a sustainable benefit.

Finance will be provided to medium to large-scale producers of soft commodities, fruits and vegetables with long track records, who export, and will be re-paid directly from international, typically investment grade, counterparties such as supermarket groups, large food wholesalers and commodity traders through off-take agreements which are agreed at the point of entry into the ‘agricultural loan’. A strong package of security and collateral over land and crops will be taken in respect of each agricultural loan, ensuring for a highly secured investment.

Cordiant Global Agricultural Income will also target a 6.5% dividend per year (although a 4% dividend in the first 12 months following IPO) and an NAV total return of 10% per year once fully invested, with inflation protection through floating rate loans.

It will have a strong focus on ESG through financing investment in new technologies and infrastructure which have a sustainable benefit and/or crop yield enhancement such as precision farming technologies and by-product to energy conversion technologies.

Manager, Cordiant Capital, who also managers Cordiant Digital Infrastructure, said: “Feeding a growing global population whilst protecting the environment is one of the defining challenges of our age. By focusing on established producers with strong sustainable farming methods, Cordiant can deploy its sector expertise to increase food security and generate attractive investor returns.”

The Board of the Company which comprises four independent non-executive directors has a diverse range of skillsets and extensive knowledge across the asset management, agriculture and investment trust sectors.

The key members from the Investment Manager’s Agricultural Finance Investment Team who will be responsible for executing the Company’s investment strategy are:

The Agricultural Finance Investment Team is supported by the following Senior Executives of the Investment Manager:

The Company will be designated as an Article 8 “light green” fund in accordance with the Sustainable Finance Disclosure Regulation (“SFDR“). The European Supervisory Authorities (being the European Banking Authority, the European Insurance and Occupational Pensions Authority and the European Securities and Markets Authority) have defined SFDR Article 8 funds as financial products that promote, amongst other characteristics, environmental and/or social characteristics, so long as the companies in which investments are made follow good governance practices.

The Investment Manager, on behalf of the Company, intends to achieve this through the integration of sustainability risk indicators into investment decisions (including environmental, social and/or governance risks and/or considerations), as well as positive engagement with the Agricultural Loan Counterparties to promote efficiencies within and/or introduce more sustainable elements to farming practices.

As part of the provision of finance to an Agricultural Loan Counterparty, the Investment Manager will assess the use of proceeds provided to ensure that a portion of the funds are utilised to promote more sustainable crop production. This assessment will be made on a case by case basis depending on the crops being produced and the intended use of proceeds.

Cordiant supports an end to deforestation and the promotion of biodiverse ecosystems. The Cordiant Group is one of the 57 signatories of the Cerrado Manifesto and is committed to halting forest loss associated with agricultural commodity production and to working with industry, producers, governments and civil society to protect globally important natural landscapes (such as the Brazilian Cerrado) within a framework of good governance and land planning policy.

Through its ESG approach, the Investment Manager will seek to promote the following UN SDGs:

Further details of the Company’s ESG approach will be set out in the Prospectus.

The Sustainable Farmland Trust has published its prospectus. You can access this here Application forms are towards the back of the document. There is an intermediaries offer – if […]

Foresight Sustainable Forestry has deployed its IPO proceeds and is ready to expand. It is proposing to undertake a placing and an offer for subscription for new ordinary […]