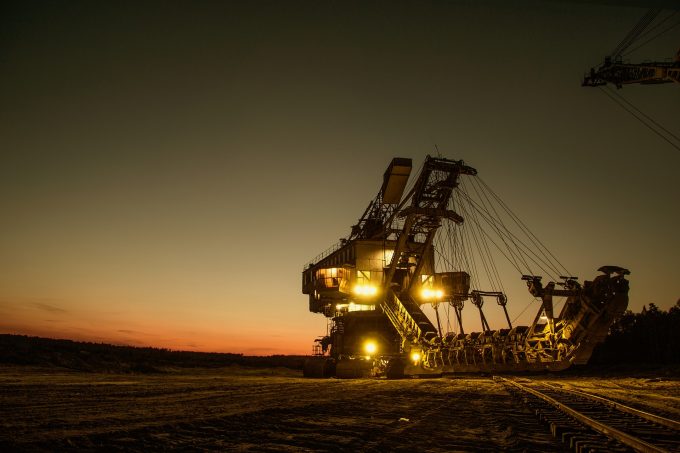 I started writing this article a week ago – the day before Russia launched its invasion of Ukraine. With the events unfolding in Eastern Europe and a harsh increase in sanctions a foregone conclusion, I pressed pause on looking at the commodities and natural resources sector to focus on the immediate impact on trusts with exposure to Russia and the affected regions. As I write, we are now nine days into the invasion and, while it is unclear what the ultimate outcome will be, or what even Russia’s endgame is, we can be sure that the world’s relationship with Russia has changed permanently. This is impacting the global economy with resources, something that Russia supplies a lot of to the rest of the world, being at the forefront of many investors’ concerns.

Energy prices, which were already high, have increased further, driven by rising natural gas prices. Coal, arguably everyone’s least favourite fossil fuel, has seen its demand and price increase as we fret about the security of supply from Russia’s gas fields. Many metals prices have risen sharply – for example, copper and nickel, for which Russia is, once again, a key source of supply. There has even been some impact on some soft commodities – wheat prices have spiked as both Ukraine and Russia are major producers. It seems that, even if there is a global slow down, some inflation, particularly in food prices and specific commodities has to follow.

Even prior to the Russian offensive, the miners, and the commodities and natural resources sector, had been attracting a lot of attention recently, for a variety of good reasons. Principally, the sector is exposed to a number of long-term structural growth drivers (think both of the changes needed to decarbonise energy provision globally as well as the need to replace aged infrastructure around the world, the frailties of which were laid bare by the pandemic) and commodities tend to be considered as ‘real’ assets, and so, with inflation rising sharply, they have been finding favour for the inflation protection they can offer.

In addition, after a decade long commodities bear market that has led to years of under-investment (and considerable maintenance capex is required just to maintain existing levels of production), the sector also offers a favourable supply demand balance, which has also been bolstered by much better capital discipline by the miners in recent years. COVID has also played its part. As governments across the globe pumped war-time-like fiscal and monetary stimulus into their economies to stop them imploding in the face of COVID, demand has responded more strongly than supply (it turns out that many mining operations, while frequently in far flung corners of the globe, are not well suited to social distancing) and inventory levels have been driven down as a result. The effects of this are obvious for many commodities, with gas and power prices being an example that many of us could relate to, prior to Russia beginning its incursion. With this backdrop, I felt it was all the more important to take a look at what is on offer in the commodities and natural resources space. The funds are quite varied in their approaches and there is a range of different investment propositions available.

BlackRock World Mining (BRWM) is a big fund that many will be familiar with, that offers a broad exposure to the sector (it has returned 27.9% over the last three years and ranks fourth among its peers over that time frame). It is predominantly invested in large cap stocks and, given its size and breadth, many would consider as a core holding in the space. However, a smaller fund, and one that I prefer is CQS Natural Resources Growth & Income (CYN), which sits in second place. Being much smaller than the behemoth that is BRWM, CYN is able to go further down the market cap scale into opportunities that are less researched and tend to be better geared to an improving commodity market (CYN has returned 31.4% over three years and also beats BRWM over one-year – a return of 48.1% versus BRWM’s 31.1%). There is a significant element of recovery in the one-year numbers, but they illustrate the addition leverage CYN can get. Interestingly, both BRWM and CYN have limited exposure to Russia – around 1% of their portfolios.

As at 31 December 2021, the five largest stocks in the EMIX Global Mining Index were Rio Tinto, Freeport-Mcmoran, BHP Billiton, Vale, and Newmont (these will be the major components of almost any large cap global resources index) and collectively accounted for around 27% of the EMIX Global Mining Index. Similarly, these stocks will also represent a large proportion of most ETFs that invest in the sector. Rio Tinto, Vale and BHP are driven primarily by iron ore, Newmont is focused primarily on gold, while Freeport-Mcmoran is foremost a play on copper. As at 31 December 2021, seven of the indices’ top 10 holding were also top 10 holdings in BRWM’s portfolio (collectively they represented some 34.3% of the index and 44.2% of the trust’s total assets). By comparison, CYN has no exposure to the top five index stocks, and there was no overlap between CYN’s top 20 holdings and the top 10 constituents of the index. Given this, an argument can be made that investments in CYN and BRWM are complimentary as they offer markedly different exposures to the natural resources space.

Baker Steel Resources (BSRT) is heavily focused on pre-IPO companies and as at 30 June 2021 (the most recently available data) 92.9% of its portfolio was in unquoted investments. Its portfolio is concentrated and is radically different from the rest of the peer group. Unfortunately, it has not basked in the glory of an IPO success recently, and this has weighed on its performance numbers (it ranks sixth with a return of 16.6% over the last three years). It also has two Russian investments – Polar Acquisition and Azarga Metals that it may now struggle to extract value from. Polar Acquisition holds a royalty over production at a Polymetal owned silver mine in Russia’s far east, while Azarga owns a copper and silver project in eastern Russia. BSRT’s response has been to halve its carrying value for these investments, but this still leaves about 5% of its NAV in these two companies. It is noteworthy that some other funds have been taking a more conservative approach zeroing the value of their Russian investments. It is possible that there is bit more pain to come here.

BRWM’s stablemate, BlackRock Energy and Resources Income Trust is a much smaller trust and, like CYN, is better able to move further down the market cap scale in search of opportunities (anecdotally, its portfolio and investment objective are more akin to CYN’s than BRWM’s), although it is still more weighted towards the index than CYN. For example, as at 31 December 2021, five of the index’s top ten stocks featured in BERI’s top 10 holdings, collectively accounting for 25.0% of BERI’s total assets. BERI’s focus on energy has been a drag on performance in recent years (it ranks fifth, with a return of 21.9% over the last three years), but looks well positioned given the impact the hostilities are having on oil and gas prices.

The same is true for Riverstone Energy (RSE). This has a concentrated portfolio of energy companies that are primarily engaged in oil exploration and production, although it is now transitioning from being an energy fund focused on oil to one that is focused on renewables. The uplift in the oil price has been a boon to RSE (its one-year performance numbers are particularly strong – a return of 102.0%) and this may help RSE to divest its assets both more quickly and at better valuations than it might have otherwise done. Having no exposure to Russia is obviously a major positive in this regard. Of course, if it is successful in its ambitions, it will leave the commodities and natural resources sector at some point in the future.

As its name suggests, Golden Prospect Precious Metals (GPM) is focused on companies operating in gold and the precious metals sector. Gold is seen as a store of value. It performs well in times of uncertainty and should also perform well in an inflationary environment. By focusing on gold mining companies, rather than the physical commodity itself, it effectively offers a geared exposure to movements in the gold price. Its portfolio is weighted towards producers (59.3% as at the end of December), but also offers exposure to both developers (27.9%) and explorers (12.8%). Over the last three years, it has returned 28.2%, ranking third amongst its peers.

Another fund to consider is Geiger Counter (GCL) – the top fund over three years returning 42.5%. The market for uranium is highly concentrated, in supply deficit, and nuclear needs to be an increasing part of the energy mix if we are to meet our commitments to decarbonise (renewables tend to be intermittent in nature and nuclear offers a stable, baseload, supply of energy that is non-carbon emitting). Even prior to the recent rises in oil and gas prices, and the tensions with Russia over Ukraine boiled over, the supply-demand dynamics of the uranium market looked set to favour producers for some time. Growing demand is expected from both developed and developing markets (China has developed a cookie cutter approach to building reactors), yet years of poor pricing and under-investment has seen supply leave the market. The cost of uranium is a relatively small part of the overall cost of nuclear energy and so the demand for uranium tends to be price-inelastic, at least in the short to medium term, offering the potential for considerable upside in the uranium price. With many western European governments now increasingly aware of our lack of energy security and the massive risks, as well as the embarrassment of potentially being held hostage over Russian gas, nuclear is firmly back on the agenda – even Germany is reconsidering its plans to close its nuclear facilities. GCL offers exposure to this market, which can otherwise be difficult to access.

CQS Natural Resources Growth and Income has published results for the 12 months ended 30 June 2022 and they are good, very good. Over the period, the trust […]