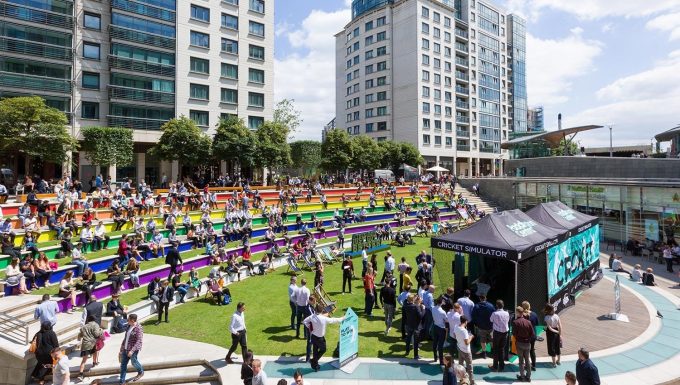 British Land has agreed a deal to sell a 75% stake in its Paddington Central assets to GIC for £694m. The transaction establishes a new joint venture with ownership split 75:25 for GIC and British Land respectively. The price paid is 1% below September 2021 book value and represents a net initial yield of 4.5%.

The company said the sale was part of its strategy to recycle capital out of mature assets that have created considerable value. Proceeds from the transaction will be invested into value accretive development opportunities within its portfolio as well as growth areas including development-led urban logistics in London and innovation campuses.

British Land will continue to act as asset manager for the campus and development manager for future opportunities including 5 Kingdom Street. This is British Land’s second tie up with GIC, the Singaporean sovereign wealth fund, after Broadgate in the City of London.

Simon Carter, chief executive of British Land said: “We are delighted to be partnering with GIC again and this second joint venture with them demonstrates the success of our relationship at Broadgate as well as the quality of the assets and the opportunity at Paddington Central.

“Paddington has been an excellent investment for British Land and this transaction is a great illustration of our strategy in action. Since acquiring Paddington Central in 2013, we have driven significant value through asset management and development across the campus. We are pleased to enter into this innovative JV structure so that we can continue to play a meaningful role in the development of the campus whilst also releasing capital to invest in other value accretive opportunities across our business.”

Paddington Central was acquired in 2013 for £470m, and at the time comprised three buildings, a retail and leisure cluster and two development sites. In 2015 British Land completed the acquisition of 1 Sheldon Square for £210m and in 2017 completed the development of 4 Kingdom Street, which achieved rents 40% ahead of the best rents at the campus on acquisition. Overall, the campus has delivered an average total property return of 9% per annum since acquisition.

The joint venture will initially comprise 2 and 4 Kingdom Street, 1 and 3 Sheldon Square (including the retail and leisure element), the Gateway development site and surrounding moorings.

Financial effects of the transaction

The gross asset value of the assets acquired by the joint venture was £936m as at 30 September 2021 and the net rental income attributable to those assets was £39m in FY 2021. British Land expects the transaction to reduce earnings per share (EPS) by 1.6p on an annualised basis prior to reinvestment. The transaction will marginally decrease NTA per share and will reduce leverage by 500bps (5%).

British Land delivered a NAV total return for the year to March 2022 of 15.6% as the value of its portfolio continues to recover from the pandemic lows. […]

British Land delivered a NAV total return for the year to March 2022 of 15.6% as the value of its portfolio continues to recover from the pandemic lows. The company’s EPRA Net Tangible Assets (NTA) was up 12.2% to 727p, while it paid dividends during the year totalling 21.92p. Its portfolio valuation rebounded 6.8% on […]