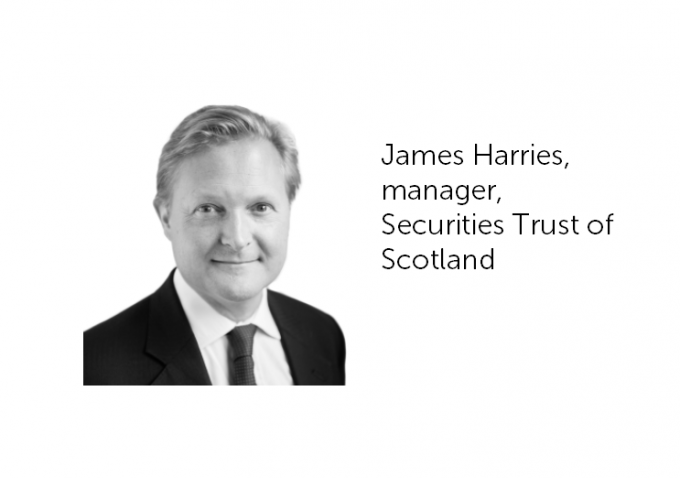 The strongest contributors to STS’s return over the year came from its exposures to the consumer staples and information technology sectors. Within information technology the best performing investments were Paychex and Microsoft. STS’s manager, James Harries, says that Microsoft continues to benefit from companies using an increasing range of the software that Microsoft offers, which has been driving impressive growth and returns. Paychex is a payroll, human resources and employee benefits outsourcing software provider to medium sized businesses in the US. James says that its shares have performed consistently well through the year as employment prospects brightened. ADP, a competitor to Paychex, also performed well and James says that each of these companies continue to show resilient operating performance and consistent dividend growth.

Within consumer staples, Diageo and British American Tobacco were the key contributors. James says that the resilience and valuation in the context of strong pricing power for these companies has been reappraised by investors in these more inflationary times. Both companies have also benefitted from people being able to go out and enjoy themselves. In the case of British American Tobacco, the shares were given further support following the reintroduction of a share buy back as debt on the balance sheet has been reduced to more comfortable levels.

Interestingly, the areas of less good performance were also concentrated in consumer staples and information technology, which James believes shows the widening of post-COVID economic fortunes even within sectors. He comments that one of the notable aspects of share price movements during the year has been the extent to which investors have rewarded companies who they perceive to be able to pass on price increases compared to those that will struggle to do so. Thus, while companies such as Diageo and Pepsi have done well, others such as Unilever and Clorox have lagged.

Unilever has been under a cloud for some time. The most notable recent development was a failed bid for the split-off consumer assets from GlaxoSmithKline which was abandoned following shareholder dissatisfaction with the deal (a sentiment shared by STS’s manager). Investors have worried that the business has suffered from sluggish execution, exposure to slow-growing categories and muddled communication. James believes all of these issues are all fixable and that, longer term, he considers Unilever to be an attractive asset and is maintaining STS’s investment.

James comments that Clorox (the Dettol of the US) has been disrupted by COVID. Inevitably, demand for its products was pulled forward during the pandemic, but this has since receded, and Clorox has found it difficult to respond. Rising input costs, notably oil, have also been a problem but James continues to think that Clorox is a high-quality business and expects short term virus-driven distortions to normalise.

Also, within consumer staples Reckitt Benckiser was lacklustre over the period having also been disrupted by COVID. Furthermore, James says that the company made a poor capital allocation decision when acquiring the infant formula company, Mead Johnson, in 2017. The company, under new management, is in the process of unwinding this decision. James continues to think this is a sound long term investment due to the strength of its brands and dominant market positions.

Western Union was also weak over perennial concerns relating to its competitive position in an age of digital disruption. James continues to think these fears are overstated and the company is available at an extremely attractive valuation in his view (the shares trade on a 13% free cash flow yield).

Vonovia was also weak during the year. James says that, over short-term periods, Vonovia’s performance tends to be [negatively] correlated with interest rates which have been on the rise. Negative bond yields have been a feature of the German bond market for some time but have recently turned positive again. While Vonovia may continue to tread water if yields rise, James comments that the investment case is predicated on the extraordinary value that German residential property continues to offer and so, over longer periods of time, he expects this value component to trump the interest rate effect.

There were very few changes made to the portfolio during the year. The manager sold STS’s holding in Verizon to fund an investment in Boston Properties, bought and sold Hargreaves Lansdown (an unusually short holding period for Troy) and established an investment in Domino’s Pizza funded by the sale of Fevertree.

Boston Properties is the largest office REIT in the US, with prime properties in five coastal cities; Boston, New York, Washington, Los Angeles and San Francisco. James’s belief is that the widely-held view that there will be materially less need for prime office space post COVID will ultimately prove to be overstated – despite the reality of a hybrid working environment. His view is that knowledge-based economies benefit from network effects requiring face-to-face interaction which requires offices. The shares have performed well this year as the US economy has reopened.

James says that the purchase and subsequent sale of Hargreaves Lansdown was a nuanced investment decision. He still thinks the company has a terrific long-term opportunity to be the UK’s leading digital wealth manager, but the problem is that increased competition is putting pressure on pricing. This was exemplified by an announcement by rival, AJ Bell, that they would be launching a commission-free investment platform named DODL. James initially established a modest position in Hargreaves Lansdown with a view to increasing this should the valuation become more attractive. However, he says that, as he had become incrementally more negative he decided to sell, particularly as he felt the valuation was full.

Domino’s Pizza is the UK’s leading pizza franchise. James says that he has long felt that this is an excellent business which has been undermanaged. This has changed as a newly invigorated board and new CEO have begun to improve operations. Recently, the company announced a new agreement with franchisees following a long-running dispute. James says that this should allow Domino’s to grow more quickly as new stores are opened and promotional spend becomes more effective. Despite these developments, the company trades at a discount to similar assets around the world and James says that this makes for a compelling, resilient, long term investment case.

In QuotedData’s morning briefing 12 November 2020: Further to its announcement on 17 September, Securities Trust of Scotland has provided an update confirming: Troy Asset Management Limited has been […]

The big news of the week in the investment companies sector is probably Troy Asset Management securing the management contract for Securities Trust of Scotland from Martin Currie. […]

Securities Trust of Scotland (STS) has announced its annual results for the year ended 31 March 2019, in which it outperformed its peers. During the period, STS provided […]

ICG-Longbow Senior Secured UK Property Debt (LBOW) has announced its annual results for the year ended 31 January 2022. LBOPW’s chairman, Jack Perry, says that at a domestic level, the UK property market has largely shaken off the effects of the Covid-19 pandemic with occupational, investment and finance market transactions returning to something like normal […]