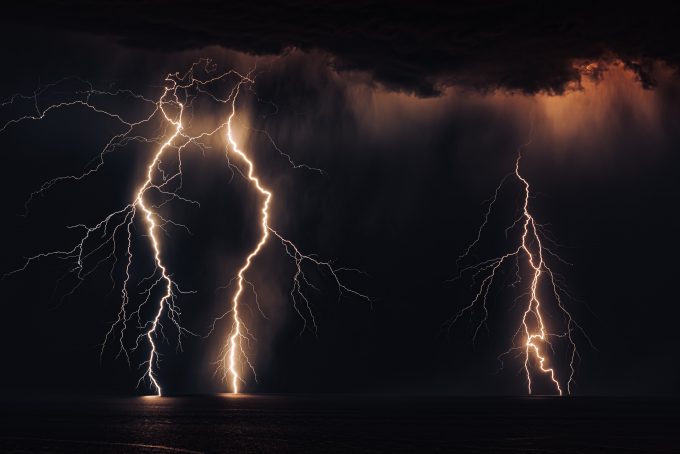 Edinburgh Worldwide portfolio in ‘the eye of the storm’ says board – Edinburgh Worldwide (EWI) has posted its interim results for the six months to 30 April 2022. During the period, its net asset value per share decreased by 34.1%, compared to a fall of 6.8% from the S&P Global Smaller Companies Index. The trust’s share price over the six months fell by 38.5% to 196.60p representing a discount of 9.9% to the net asset value as at 30 April 2022 compared to a 3.5% discount at the beginning of the period.

The board said the past six months have been a been a challenging one for stock markets. This has been most acute for those listed companies where their commercial activities have yet to scale and consequently their profits skew to outer years. The stocks favoured by the company have been in the eye of the storm. Of the stocks held in the portfolio, 19 generated positive absolute returns in sterling terms over the period while 35 stocks fell by more than 50%.

The board added that the current aggressive sell off (including that since 30 April 2022) is more synonymous with growth being mistakenly viewed as an intrinsic fragility within a business. “For companies where the growth potential largely sits out-with the influence of macro trends and geopolitics this seems both odd and short sighted, but ultimately a source of investment opportunity for the future,” it said.

Statement from the manager:

There have been two prominent themes active in financial markets over the past decade and beyond. The first is that of technology empowered globalisation: the liberalisation of trade and information flow helping drive a more interconnected and efficient business landscape. The second is that of benign inflation and the expansionary monetary policy of many central banks (much of that stemming from the Financial Crisis over a decade ago but more recently from the response to the pandemic).

Both these themes have provided a supportive environment for equity investors. Globalisation acted to increase the addressable market for many businesses which synergised with digital technologies to make such endeavours scalable. Benign inflation and low interest rates offered stability for businesses and encouraged investment and the building of future cashflows (on the basis that such cashflows were less eroded by discounting them to their present value). The recent potent combination of escalating geopolitical tension, military conflict in Europe and the after-effects of the pandemic have pushed investors to reassess these two themes.

We have previously noted how pandemic-stretched supply chains were feeding into inflation of both goods and services. Our working assumption was that this would be transient and effectively self-correcting as the supply and demand normalised. There is mounting evidence to suggest that inflation is more pronounced, persistent and global in scope than the market expected. This is being exacerbated by the conflict in Ukraine driving up energy and food supply costs, but also by the ongoing disruption to Chinese manufacturing as the authorities take an aggressive approach to the spike in Covid-19 cases. While it could be argued that additional exacerbating forces might soon subside, our sense is that they could well remain as pressure points into the future, not least because their impacts have secondary consequences that will take time to fully play through.

As inflation in many developed markets approaches double-digit annual percentage rates the stock market has begun to fret about how this will impact on consumption, wage growth, business confidence and whether it will push central banks into a belated ‘cull inflation at all costs’ series of aggressive interest rate rises. We are not economic forecasters, but neither do we feel we need to be to recognise that the next few years might well be one characterised by stubbornly elevated inflation, tempered consumption and more expensive borrowing costs. It’s not an environment that we would choose but neither is it one that we feel especially troubled by. The clear lessons of the past century have demonstrated that technologies and the companies that harness them play the greatest role in shaping society and driving progress. The cycles that influence such developments share very little, if any overlap with the cycles that drive the economy, inflation or interest rates.

Additionally, when economic growth is scarce and inflation elevated, we believe there are two attributes that will help some companies emerge from this situation in a stronger position. First, companies achieving real growth driven by increased need and adoption of a differentiated product offering. Second, companies that both develop and exploit intrinsically more efficient ways of solving huge problems. The combination of these characteristics yields both the opportunity to grow, the pricing power to protect margins and the scalable cost base to improve them over time. In summary, companies that deliver better, cheaper and more efficient solutions should ultimately find the tougher current environment one where their relative attractions hold more sway given sufficient time. While companies such as Ocado and the freelance network Upwork are currently caught in the ‘growth is out of fashion’ narrative active in today’s stock market, we think they represent great examples of businesses where the inflation and tight labour force dynamics work to their long-term structural advantage.

Escalating geopolitical tension has been evident for several years, most notably between the US and China regarding technology and intellectual property. Recently, a more philosophical axis of difference has come to the fore; one that pitches societies that operate around democratic principles against those of authoritarian control. The conflict in Ukraine, and the resulting response from many countries, is a tragic embodiment of this. Exploring this topic in detail is beyond this commentary, but we think the challenge to globalisation is real. Thirty plus years of taking down barriers to trade and driving efficient globally connected supply chains is not easy to unpick. The patterns of business and trade are too interconnected to suddenly move to a different model, even if that was the favoured outcome. But when it comes to how businesses think about allocating incremental capital, greater emphasis will be placed on the continuity of supply through more diversified supply chains and a degree of onshoring. Such efforts, while ultimately being more robust, will be additive to the inflationary pressures outlined above and would likely stimulate investment in much more automated and robotics-based processes to insulate corporate margins. We think this latter point is important as it hints at how technology and innovative solutions will likely become an even more prominent driver of business opportunity in a post-globalisation age.

Changes in the market backdrop are always going to be hard to predict and difficult for both investors and companies to digest. A pivot by stock markets towards defensive companies is perhaps not too surprising at a time of such flux. However, we find the aggressive derating of growth focused businesses too reactionary and blunt in its application. A rising interest rate environment will naturally have a mechanical flow through to valuations but, in our minds, the current aggressive sell off (including that since 30 April 2022) is more synonymous with growth being mistakenly viewed as an intrinsic fragility within a business. For companies where the growth potential largely sits outwith the influence of macro trends and geopolitics we find this both odd and short sighted, but ultimately a source of investment opportunity for the future.

Growth doesn’t come for free. Companies must invest in both human and physical assets to enable it. Such a dynamic necessitates that those companies investing for future growth will have financial characteristics that are immature regarding their ultimate potential. What’s important to us isn’t the snapshot of where a company currently sits along that journey. Rather, it’s an assessment around a company having the capability and the means to progress along the spectrum of immaturity and realise its full potential. Despite the deterioration in the backdrop, we think this assessment holds very well for the vast majority of holdings in the portfolio. We sense that current valuations of many of the holdings imply an overly aggressive discounting of growth potential beyond that which could be considered near-term and highly visible. As stock pickers of companies where we are genuinely excited by what they might build over the coming decades, we think the current downward repricing of the long-term growth opportunity readily captures the near-term uncertainty and risk posed by the current environment.

EWI : Edinburgh Worldwide portfolio in ‘the eye of the storm’ says board

QuotedData’s weekly news show 10th December 2021 Thank you to everyone that listened in today, whether you watched the Zoom live, on Facebook or on YouTube. In this […]

Baillie Gifford-managed Edinburgh Worldwide (EWI) delivered an NAV return of 16.4%, over the six-month interim period to 30 April 2020 (the shares increased by 21.7%). Over the same […]