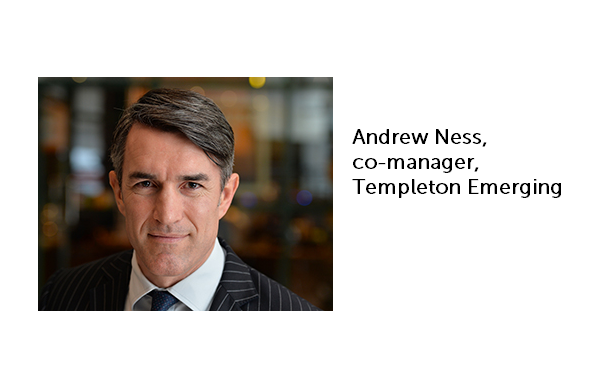 The chair said the first half of the accounting year saw news in emerging markets dominated by pressure on the share prices of some technology companies. This came after an extended period of strong performance and the Chinese government’s moves to curtail the activities of some listed companies as it seeks to balance growth, equality and security. Both of these factors had a negative impact on the performance of the portfolio.

This was followed in February by the Russian invasion of Ukraine. Russian securities were rapidly suspended from trading and at the financial year end the five Russian stocks in TEMIT’s portfolio were ascribed a zero value.

Net revenue earnings for the period amounted to 3.44 pence per share, which is marginally lower than earnings for the prior year, adjusted for the stock split (a share split was approved by shareholders at the 2021 Annual General Meeting took effect on 26 July 2021 and so each share of the company was replaced by five new shares) and the exceptional Corporation Tax refund received in the prior year.

These are difficult times for investment managers. At the time of writing the war in Ukraine appears likely to continue for some time and while active hostilities will, we hope, end shortly, the ramifications are likely to be felt for some considerable time. From the perspective of investors the major issues will be the extent to which commodity prices remain elevated and the effect that this has on broader inflation around the world. Higher inflation generally leads to higher interest rates and this affects the market value of assets, particularly high growth companies for which values are derived from expectations of earnings over the longer term. The COVID-19 pandemic is still present in parts of the world. In particular, the Chinese government continues to pursue a policy of lockdowns to control outbreaks of the virus and this can have serious economic consequences. We also remain concerned about the extent to which the Chinese government will continue to intervene in the affairs of companies.

Against this difficult background, your Board remains optimistic for the long term despite recent setbacks. Our Investment Manager deploys a large team with staff around the world and their process has demonstrated its effectiveness over the long term. Countries making up the emerging markets currently contribute around 2/3 of the world’s economic growth. We believe that this growth advantage will continue because emerging markets enjoy many structural advantages – relatively young and growing populations, growing wealth, expanding economies, and companies that in some cases are world leading.

Templeton Emerging Markets’s (TEM’s) annual results to 31 March 2021 saw it deliver a total NAV return of 54.5%, which was significantly ahead of the benchmark MSCI Emerging […]

Templeton Emerging Markets (TEM) has announced that, following a review, the management fee arrangements with Franklin Templeton are changing and shareholders will benefit from a modest fee reduction. The current annual […]