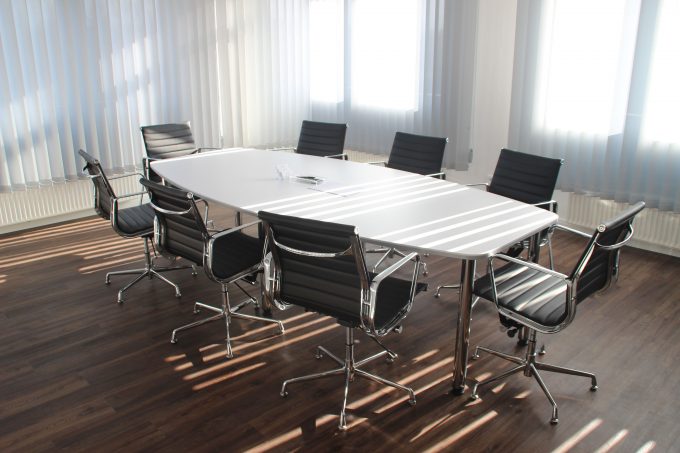 Trian shareholders call for EGM to replace three directors for not meeting ‘required standards of corporate governance’ – An ad hoc committee established by a group of independent investors in Trian Investors 1 Limited has called for an extraordinary general meeting to propose the removal of three of its directors and nominating two others to replace them.

The committee comprises Global Value Fund, Invesco, Janus Henderson Investors UK Limited and Pelham Capital, which, along with Aegon Asset Management UK (which is supportive of the resolutions being proposed) represent 43.6% of the voting share capital of the company (excluding shares held in treasury).

They propose that TI1 shareholders consider and, if thought fit, approve ordinary resolutions to reconstitute the company’s board by removing Chris Sherwell, Simon Holden and Anita Rival; and nominating two new directors, Robert Legget (independent) and Miles Staude (representing the committee). This would create a new board with a majority of independent directors.

The proposal has been made with the aim to achieve an acceptable standard of governance and restore the trust and confidence of the independent shareholders.

A spokesperson said: ‘The conduct of the TI1 board raises serious and concerning governance issues that cannot be ignored. This is why notice has been served on the company’s board to convene an EGM of shareholders to ask other shareholders to reconstitute the board to improve governance and restore trust and confidence in the board.’

Background to and reasons for action by the Committee

When the Company’s IPO took place in September 2018, the defining feature of its investment case was a clear aim to invest into a single publicly listed company alongside other vehicles managed by Trian. Under this investment policy, once a suitable investment had been identified, the manager would seek to effect positive changes at the target company and then, after exiting the investment, capital would be returned to TI1 shareholders (save in limited situations where capital could be recalled). If this strategy was successful, it was understood by the independent shareholders that ‘Trian Investors 1’ could potentially be followed by further investment vehicles (for example, ‘Trian Investors 2’), which could, at their election at that time, involve the same investors as had been shareholders in TI1.

On 17 May 2021, at the initiative of the manager, the company’s board proposed changes to the investment policy for consideration at the 2021 AGM, the effects of which were that:

1. Instead of owning one investment at a time, TI1 would be able to own multiple investments simultaneously.
2. Instead of investments being minority stakes in a publicly listed company, TI1 would be able to purchase a majority, or even 100% stakes in companies.
3. Target companies, which previously had to be listed in the US or the UK, could now be either listed or private.
4. TI1 could acquire control of multiple underlying businesses and create an operating company.
5. Most importantly, instead of returning all capital and/or profits (depending on the nature of the investment1) after exiting an investment as was set out at the time of the IPO, the Manager could now reinvest all of the Company’s capital arising from a disposal, transforming TI1 into a permanent capital vehicle.

In support of the changes, the board cited a lack of diversification and an ‘inability to compound profits’, despite these being well understood features – and indeed fundamental characteristics – of the company at IPO. These changes were material and altered very significantly the investment case which was put forward at the time of the IPO by the company. In particular, the commitment to return capital was a defining feature of the company when the IPO was marketed.

At TI1’s AGM held on 14 June 2021 the change of investment policy (Resolution 9) was narrowly passed by 52% to 48%. The votes in favour of the resolution included shares held by other funds managed by Trian and by Jefferies (financial adviser to the company), who together owned 28.6% of the company at the time of the meeting, and who stood to gain from the approval of Resolution 9. If the votes of Trian and Jefferies had been excluded, the committee’s calculations are that Resolution 9 would have been overwhelmingly rejected by 70% to 30% of the votes cast.

The committee members raised concerns with the company’s board over the proposed changes when they were announced and before the AGM took place, but despite these concerns the board continued to propose Resolution 9 rather than withdraw it from consideration at the AGM.

The committee does not consider the company’s board has met the required standards of corporate governance and adequately discharged its fiduciary duties.

The manager was a related party and had a conflict of interest given the financial benefits which would accrue to it as a result of the changes recommended by the board. The committee believes the board should have exercised independent judgement rather than simply accepting and bringing forward proposals from Trian, especially given how the IPO was marketed and the impact of the changes on investors. Specifically, the committee believes the board should have:

a. Reassessed whether the fee structure for the company as it was marketed at IPO remained appropriate for a permanent capital vehicle. Since the IPO, the combined return to shareholders has been £57.6m. Meanwhile, the Manager’s remuneration in the form of performance and management fees has been £56.8m. This means for every pound of value seen by shareholders, Trian has already accrued 99 pence in its capacity as the manager.

b. Taken into account the long term impact on investors of the shares trading at a significant discount to net asset value. After the change in the investment policy, Investors can only exit by selling shares at a significant discount to the company’s underlying net asset value. Previously investors had the prospect of capital being returned to them.

The committee also considers Jefferies may have had conflicting interests at the time of the vote (and may still have such conflicting interests). It was a 13.5% shareholder in the company at the time of the AGM (excluding shares held in treasury); the committee believes it has an advisory relationship with Trian as well as the company; and finally, certain independent shareholders were clients of Jefferies and introduced by Jefferies at the time of the IPO. These issues should have been identified, addressed and taken into account by the board. But it seems they were not.

Changes being proposed by the Committee

The committee believes the response of the board to the concerns raised by independent shareholders leading up to and since the 2021 AGM has been wholly inadequate. The recent appointment of Ms Rival raises further concerns about the ability of the current board to exercise independent judgement. Therefore, the situation requires a powerful shareholder response.

The committee therefore proposes to remove Chris Sherwell, Simon Holden and Anita Rival from the TI1 board; and to nominate two new Directors, Robert Legget (independent) and Miles Staude (representing the committee), to replace the outgoing three directors, thus constituting a new board (with a majority of independent directors) to improve governance and restore the trust and confidence of the independent shareholder.

Trian Investors 1 will plow on regardless