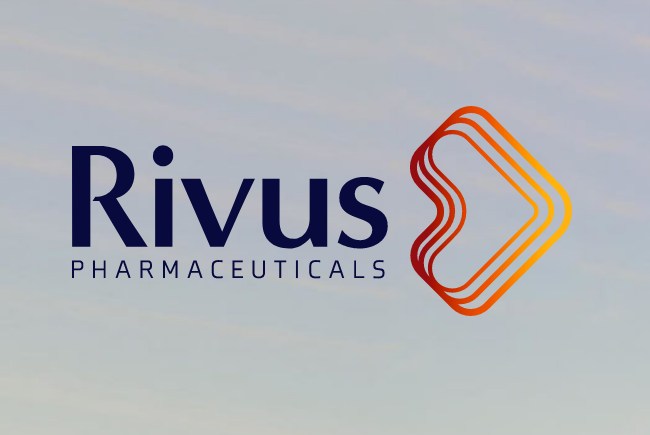 Switzerland’s BB Biotech has opened a new investment position in Rivus Pharmaceuticals, a privately held US biotech developing a mitochondrial-based approach to obesity and cardio-metabolic disease. This was made as part of a $132m Series B financing that is notable for its size and the top-tier syndicate of healthcare specialist investors who have participated. The financing was led by RA Capital, with Bain Capital Life Sciences and BB Biotech coming in as new investors, joining the company’s three existing investors: Longitude Capital, Medicxi (the successor to Index Ventures) and RxCapital, the VC arm of the UK-based RxCelerate virtual drug development platform.

In terms of BB Biotech, this investment is notable also because it makes very few new investments – this is only its second this year – and then only very occasionally in private companies. BB Biotech last took a position in a private company in 2018 – in Moderna and this was just ahead of its IPO. And for the last almost four years, BB Biotech’s portfolio has consisted entirely in US-listed small-to- mid cap biotech companies (known as “SMIDs”). Furthermore, with less than 35 holdings, its portfolio has been extraordinarily stable in terms of its composition over time, by comparison with peer collective investment vehicles, reflecting the firm’s long-term investment horizon.

Its newest investment is in a company developing Controlled Metabolic Accelerators (CMAs) that harness mitochondrial uncoupling, a natural process that regulates and dissipates energy, to selectively reduce fat throughout the body. This approach has potential in cardio-metabolic diseases including heart failure with preserved ejection fraction (HFpEF), type 2 diabetes and non-alcoholic fatty liver disease (NAFLD)/non-alcoholic steatohepatitis (NASH).

Rivus recently reported results from a Phase 2a clinical trial of its lead compound HU6 in obese patients with HFpEF, which showed an ability to reduce fat while sparing muscle mass. The key finding of the eight-week study was the significant reduction in liver, visceral, and total body fat while conserving skeletal muscle mass, which was achieved without changes in diet or exercise. Weight loss was amplified in patients with elevated HbA1c, ie those with Type 2 diabetes. Reductions in liver fat of 30%-40% were seen in all patients as well as improvement in key cardiovascular and metabolic health indicators including glycemic control, glycated albumin and HbA1c, blood pressure and inflammatory markers.

Both Phase 1 and 2a metabolic data showed that HU6 was well tolerated across all dose levels with no Serious Adverse Events (SAEs) or deaths reported. As a result of the financing, Rivus can initiate a Phase 2b study in obesity, including a subset in patients with type 2 diabetes.

Rivus was founded in 2019 and raised an initial $35m in a Series A financing in 2021. The size of the investment in the Series B by BB Biotech or the valuation it places on Rivus has not yet been disclosed but is likely to be evident in Swiss company’s next financial report (due in late October). As is the norm for private company biotechs, the investment is likely to be made in some form of preferential shares and the funding may also be payable in tranches.

As a consequence of the extreme bear market for biotech stocks over the last year and the disproportionate impact on the SMIDs, BB Biotech has seen a decline in the value of its investment portfolio this year. After a partial rebound over the last couple of months from a mid-year low point, BB Biotech’s NAV now stands at CHF49.2/share, down 10.6% on the year.

The share price has, however, fallen by 26.6% to CHF53.50. This has meant that there has been a normalisation of the unusual situation where its shares stood at significant premium to NAV and this is now down to a single digit percentage (8.7%). This premium has been a persistent feature for BB Biotech in recent years and is partly a result of technical factors (BB Biotech’s policy of not issuing shares when its share price is at a premium) but also reflects the high regard in which the manager is held.

BB Biotech’s NAV has out-performed both key biotech sector benchmarks this year: the XBI (the SPDR S&P Biotech ETF, which invests in the SMID biotech space), has lost 32.3%, while the IBB (the iShares Biotechnology ETF, which is biased towards larger capitalised companies) has lost 23.4%. BB Biotech’s performance has been helped by a recovery in its largest investment, Ionis Pharmaceuticals, whose share price is up by 47% in the year-to-date period.

Even though BB Biotech’s shares have fallen by 26% this year, they rank in the middle of the biotech-specialist collective investment in terms of performance. Among the closed end funds, the shares price of London listed International Biotech Trust (LSE:IBT) and Biotech Growth Trust (LSE:BIOG) are down by 11.4% and 19% respectively this year, the Swiss listed HBM Healthcare Investments has fallen by 31%, while the US-listed Tekla Life Sciences (NYSE:HQL) and Tekla Healthcare Investors are down by 28% and 32%, respectively (all in local currency).

BB Biotech’s investment in Rivus means its portfolio now consists of 32 holdings. The portfolio is highly concentrated with two-thirds of its value invested in eight revenue-generating companies, four of which have shown sustained profits over multiple years. BB Biotech made its first new investment in over a year in the second quarter – in Celldex Therapeutics. Celldex is a clinical-stage company developing treatments for inflammatory and allergic conditions. Its lead product candidate, CDX-0159, is a monoclonal antibody against wild type c-KIT receptor and leads to depletion and/or inhibition of mast cell activation. The compound is currently in dose-finding studies in patients with urticaria and other mast cell-driven diseases.

So far this year, BB Biotech also exited three positions – Nektar Therapeutics after a series of clinical trial failures and Biogen after a commercial setback and Radius Health, which was taken private by a consortium of private equity firms.

[QD View: Biotech remains in our view a fundamentally attractive sector and BB offers a way to gain exposure to the highly innovative small-to-mid cap space. After a period in which its high premium has presented a downside risk, the relative normalisation now means it may be at a more attractive entry point for new investors looking for exposure to this space. BB Biotech’s out-performance in terms of NAV relative to the key benchmarks of XBI and IBB also highlights the attractions of an actively managed fund.]

BB Biotech (SWX: BION) seems to be resilient in the current challenging period for biotech investing and most especially in the last week, which ranks as one of […]

BB Biotech discloses a third bargain top up this quarter

BB Biotech has disclosed an increase in its holding in Mersana Therapeutics (Nasdaq:NRSN), the timing of which suggests it again aims to capitalise on a 40% fall in […]

BB Biotech’s (SWX:BION) large position in US covid vaccine producer Moderna drove a strong performance against a volatile US biotech market in the first half of this year. […]

BB Biotech (SWX:BION) increased its stake in the US cancer biotech MacroGenics by a fifth just over a week ago, seemingly taking advantage of a fall in the […]

QuotedData’s weekly news show 11 June 2021 Thank you to everyone that listened in today, whether you watched the Zoom live, on Facebook or on Youtube. In this […]

Shares in the US Covid vaccine developer Moderna – the second largest holding for giant Swiss investment company BB Biotech – fell by 6% yesterday, after the Biden […]