A “disappointing” year for the European Smaller Companies Trust 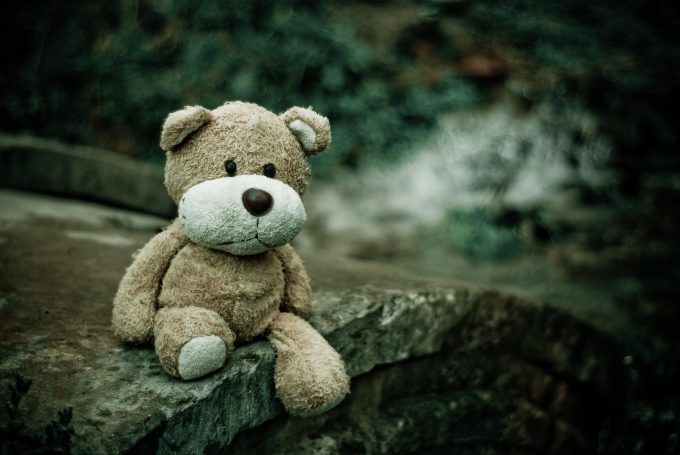 European Smaller Companies Trust (ESCT) has published its annual results for the year ended 30 June 2022. SCT’s chairman, Christopher Casey, says that “NAV total return performance for the year to 30 June 2022 has been disappointing at negative 21.0%, lagging the benchmark performance of negative 17.3%. Share price total return for the year was negative 23.1%”. He goes on to say that, ESCT’s performance suffered in the first half of the financial year as ‘growth at any price’ stocks saw a huge multiple expansion that unwound in the latter half of the financial year, a period during which ESCT benefited from owning a balanced portfolio.

Managers’ comments on the portfolio

“The portfolio strategy is to blend a mix of early-stage growth stocks, with sensibly priced high return structural growth stocks, undervalued cash generative mature names and self-help turnaround stocks. We are careful to explicitly state that we are not a ‘value fund’ but instead are valuation aware.  As a result of this discipline and our expectation that interest rates needed to rise, we have not added much in the way of early-stage growth names in the period. An exception was made for French-listed NHOA, a fast-growing business in energy storage which is using its positive cash flow profile to expand in e-mobility / electric vehicle charging including a joint venture with Stellantis for the roll out of electric vehicle charging in Italy.  We opened a position in Swiss-listed solar panel manufacturer Meyer Burger which we believe shows strong promise of being the European champion in providing the equipment for solar energy to bring about the European green energy transition and reduce the dependency on Chinese suppliers.

“We added some sensibly priced high return structural growth stories including the Italian initial public offering of Technoprobe, German-listed Dermapharm and French-listed Ipsos. Technoprobe is the global leader in making probe cards that are used to test the integrity of semiconductors. The ever-decreasing size and ever-increasing complexities of semiconductors makes this a very well positioned company. Dermapharm is a name that we owned in the past but sold on anxieties around valuation when the stocks valuation multiples became very full after the company supplied a key molecule lipid coating to Pfizer/BioNtech for the Covid vaccine. However, the stock has seen a big derating as the market has sold off ‘Covid winners’ and the shares are back to attractive levels. Ipsos is a global leader in market research and has struggled with perceptions of poor governance in the past, but has a new CEO and appears to be on a pathway to addressing these issues and unlocking the significant valuation discount that it trades on.

“Within the mature names in the portfolio, we added Swiss-listed ams OSRAM which manufactures sensors and light solutions for the consumer, automotive, healthcare, and industrial sectors. It is a contrarian value play. Momentum in 2022 has been predictably poor due to consumer electronics and automotive exposure. The company is divesting non-core assets and continues to invest in new capacity for future growth drivers such as micro-LED.  We invested in Austrian industrial conglomerate Andritz, where we are seeing a good recovery in its hydro business from turbine sales and a strong increase in after sales from its paper and pulp processing business. We reinvested in German-listed automotive parts and fluid handling product business Norma where we see good potential for automotive recovery and greater need for storm water management and irrigation systems in a heating world.

“Turnaround names included Belgian-listed cinema operator Kinepolis. The company has had a tough couple of years during the pandemic, but unlike many of its competitors, it is well invested and has a strong slate of films to show in the next 18 months.  We also invested in Swiss-listed manufacturer of packaging machines, BOBST, which is benefiting from the shift away from plastic packaging, and opened a position in Swiss listed u-blox that manufactures ‘Internet of Things’ wireless communication modules for the automotive, industrial and consumer markets.  Their modules go into a wide variety of connected merchandise from autonomous vehicles to sports trackers for professional footballers.

“The portfolio is well positioned for the green energy transition and has benefited from exposure to both renewable energy and Liquified Natural Gas (LNG), which we have long viewed as the only sensible way to balance the European electricity grid without being caught in the jaws of the Russian Bear. Our biggest contributing name in the period was LNG carrier vessel owner-operator FLEX LNG. The company’s share price rose dramatically after the Russian invasion of Ukraine caused a surge in demand for its ships. We further benefited from our position in French-listed Gaztransport et Technigaz, a company which holds a dominant position in licensing the membranes for the LNG container vessels.

“Elsewhere, German-listed wind farm developer Energiekontor performed well as did Dutch-listed Fugro, a company that performs seismic surveys of the seabed for laying offshore wind turbine foundations and for the search for oil and gas. The portfolio benefited from its holdings in financials with German lender Aareal Bank being bid for and Irish lender AIB Group performing well.

“Detractors from performance include German online interior goods and furniture retailer Westwing that has suffered post-Covid when there was a degree of overspend on home furnishings. Danish-listed channel ferry operator DFDS suffered on the back of higher fuel costs and concerns of UK-EU relations, the entry of Irish Continental into the channel ferry market and the consumer’s willingness to travel. Subsequently, these concerns have proven to be largely unfounded. Meanwhile, Swiss-listed Montana Aerospace suffered as it faced a profitability squeeze caused by higher energy costs which the company had failed to hedge. Other ‘Covid winners’ that have hurt the portfolio as they have fallen out of favour this year include meal kit supplier HelloFresh, Swedish mobile gaming company Stillfront and German bike and bike accessory retailer Bike24.

“The investment process is fundamentally one of bottom-up stock picking, rather than allocating capital to specific sectors or geographies, although we carefully monitor the overall structure of the portfolio to ensure we avoid risky concentrations. We do not use the benchmark as a guide to structure and are content to run the portfolio with substantial divergence from the benchmark.

“At a geographical level we remain overweight in Germany, and whilst it is our biggest relative geographic overweight it is now far less extreme than a year ago. This is partly due to reigning in risk surrounding energy costs, but also due to the position in Aareal being largely sold down into the bid. We are also overweight in the Netherlands, where we have added to the portfolio’s position in customer experience management firm Majorel (which is still listed in Amsterdam). This is a growing area and we believe the company is well placed to benefit from a structural growth tailwind for many years.

“We are overweight in Ireland where we have added nutritional product manufacturer Glanbia to the portfolio. We believe the company has a strong ingredients business that is not recognised in its valuation and should benefit from the repricing of whey protein powder that is now underway.  The portfolio remains notably underweight in Switzerland and Sweden where we have struggled to find sensibly price shares in recent years. We are underweight in Norway where the market got rather frothy in 2021.

“At a sector level, we are overweight in the industrials, financials and consumer discretionary sectors. We are underweight in the health care, real estate and utilities sectors. The consumer discretionary overweight includes housebuilders that partially offset the real estate underweight. The industrials overweight reflects our belief that the supply chain shortages seen in the world over the last two years reflect a chronic lack of investment. This is coupled with a need for a huge investment required to meet the decarbonisation agenda and energy security requirements in Europe in the coming years and decades. It is a sector that we believe is significantly undervalued.

“We exited our position in Swiss bottle maker Vetropack as we had growing concerns about whether the business was run as a public company or for the family. Subsequently it became apparent that there were big efforts to focus upon being a proper public company, however the significant earnings contributions of their Ukrainian plant swamped that effect. We exited our position in Irish-listed pharmaceutical, me-tech distributor Uniphar and Swiss-listed online trading platform Swissquote on valuation grounds.

“Interest rates have been at extreme lows for a while and we believe that removing negative rates in Europe will be beneficial to the health of the banking sector and credit creation. However, we are anxious that central banks, having lost control of inflation, may overreact by pushing rates too fast into an energy shock. Much of the inflation we are experiencing now is likely to lapse on its own. We do not believe that moderate inflation will remain for the foreseeable future. Therefore, we believe in the coming years that it will remain important to be valuation aware when seeking and evaluating the small cap winners of tomorrow.”

TR European let down by widening discount – TR European Growth has published results for the year ended 30 June 2020.  Over the period it delivered a return on […]