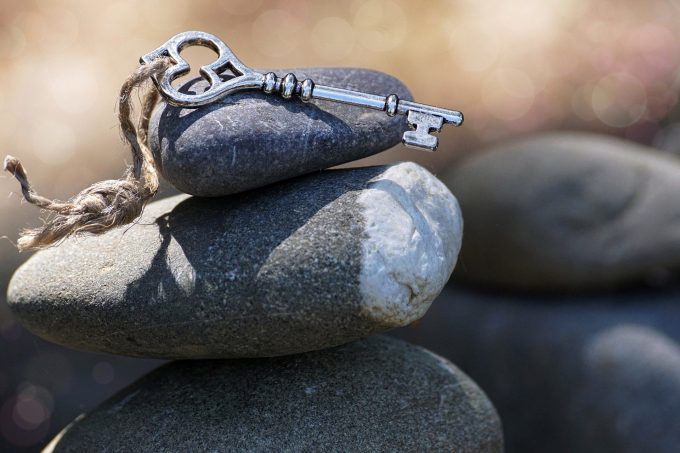 Keystone Positive Change (KPC) has announced its annual results for the year to 30 September 2022. During the period, KPC provided NAV and share price total returns of -35.2% and -43.3% respectively, massively underperforming its comparative index, the MSCI All Country World Index, which provided a total return of -3.7%. The poorer share price total return performance is due to widening of the discount from 0.9% to 13.2% during the period. Discount widening was seen across the investment companies sector during the period, although it was typically more severe for growth style mandates such as KPC’s as investors rotated away from growth to value in the face of rising inflation and interest rates. Stock selection and gearing were the dominant drivers of negative returns over the year.

The most notable detractor to performance was Moderna (a company that played a critical role during the Covid-19 pandemic). KPC’s manager says that somewhat contrary to broader sentiment and while not wanting to downplay the phenomenal progress and societal impact the company has achieved during the pandemic, it is the broader potential of Moderna’s technology which underpins its long-term investment case. Messenger RNA (‘mRNA’) technology has potential far beyond the Covid-19 vaccine, spanning respiratory diseases more broadly (such as flu and RSV), latent diseases (such as HIV), rare diseases and in the treatment of cancer, to name a few.

ASML, a leading manufacturer of lithography equipment which performs a critical role in the manufacturing of semiconductors, was also a negative contributor. KPC’s manager says that, despite macro-economic concerns that drive uncertainty for its customers, including inflation, consumer confidence and the risk of a recession, the overall demand for its systems remains robust given the expanding use cases for semiconductors from automotive to healthcare applications, and from cloud computing to AI. The company is investing in capacity to meet the growing demand for its products.

In contrast to ASML and Moderna, where the operational progress has been positive, there are some companies where the operational performance has been more challenging and consequently contributed to those companies underperforming. One example is the single cell tooling business, 10x Genomics, which has experienced weaker than expected revenue growth due to some short-term challenges related to Covid restrictions and supply chains.  However, longer term, KPC’s manager says that it is enthused by the opportunity for 10x Genomics to help inform our understanding of biology on a more granular level.

Stocks that contributed positively to performance include Alnylam, a biotechnology company developing a new class of highly innovative drugs. The company now has five drugs approved and a healthy pipeline. Tesla was another positive contributor to performance over the twelve-month period, having delivered strong operational results, exceeding KPC’s manager’s expectations on the level of profitability it has been able to reach, which is particularly notable given the inflationary environment and challenging supply chains.

KPC’s manager says that, while near-term market volatility does not alter its long-term investment philosophy, it would be unwise to remain ignorant of its effects. The manager therefore conducted portfolio analysis on exposures to inflation, interest rates, and geopolitical risks, and reperformed in-depth, fundamental research on individual companies. Throughout the year, it reviewed a number of holdings whose share price had fallen significantly and distinguished between companies facing operational challenges and those performing well operationally but whose share price declines, in its view, were mostly attributable to changes in market sentiment. As a result, companies were sold where the manager had lost conviction with the proceeds redeployed into companies where the divergence between share price and operating performance created an attractive opportunity for additions.

KPC’s holding in Beyond Meat was sold. The manager says that, while it still believes in the plant-based meat market’s long-term prospects, and admires the ambition of Ethan Brown, Beyond Meat’s founder and CEO, a number of operational missteps reduced its assessment of Beyond Meat’s probability of success. Alibaba was also sold. A combination of regulatory intervention and internal issues dampened the manager’s belief that the company can continue to grow at a rapid pace and drive positive change in Chinese society.

The holding in MercadoLibre was increased. KPC’s manager says that the company has strengthened its competitive position in the Latin American ecommerce market and made impressive progress in building out its financial services offerings. The holding in Sartorius was also added to. KPC’s manager says that it believes that the share price did not reflect the company’s operational progress and long-term opportunity. Several levers for growth underpin that opportunity, including growing use of biologics and increasing penetration of single-use products. As mentioned above, 10x Genomics experienced some operational challenges that KPC’s manager believes are short term in nature, which provided an opportunity to add to the position.

Two new investments were made in public companies over the period: Nu, the disruptive digital bank in Latin America; and Duolingo, the educational technology company focused on language learning. These additions and purchases were funded by selling companies where the manager has lost conviction as noted above; by reducing positions in companies where the manager felt the valuation was more stretching such as Tesla and heat-pump manufacturer, Nibe; and by some small reductions to larger positions such as Moderna and ASML.

Private market activity has slowed this year, although the manager says that it continues to find interesting companies. An example is Climeworks, which KPC invested in earlier this year. Climeworks’ direct air capture (DAC) technology helps to remove CO2 from ambient air. In addition to drastic emissions reductions, carbon removal solutions such as direct air capture and storage are essential for removing historic and unavoidable CO2 emissions from the air. The company’s first facility in Iceland can capture 3,600 tons of CO2 annually after accounting for its own emissions, and its next plant will have ten times the capacity. Even that will be a drop in the ocean compared to the gigatons of removal that is estimated to be required annually. This shows the size of the challenge that remains, but also the opportunity for Climeworks if it can succeed. After investing in Climeworks, KPC now has investments in four private companies, accounting for 6.7% of net assets.

No buybacks since September 2020

While KPC’s board has the power to buy back the company’s shares (and will do so when the Board considers that such activity will benefit ongoing shareholders), the Board does not consider that buying back shares during periods when market sentiment is universally negative will improve the Company’s rating. Shrinking the asset base, thereby increasing the ongoing charges ratio and reducing the shares’ liquidity, may however be detrimental. The Board will, of course, be mindful of the range of options at its disposal to address, where possible, the discount at which the Company’s shares trade relative to its NAV.

What does the next decade have in store for impact investing? Kate Fox and Lee Qian, joint managers of Keystone Positive Change Investment Trust, tell Iona Bain about […]

Keystone Positive Change (KPC) has announced its annual results for the year ended 30 September 2021, a period that marked a new beginning for the trust as its […]

QD view – Reasons to be cheerful

Keystone Investment Trust has been around for over 50 years. From 2003 it was managed by Mark Barnett at Invesco Perpetual. He handed over the reins to his […]