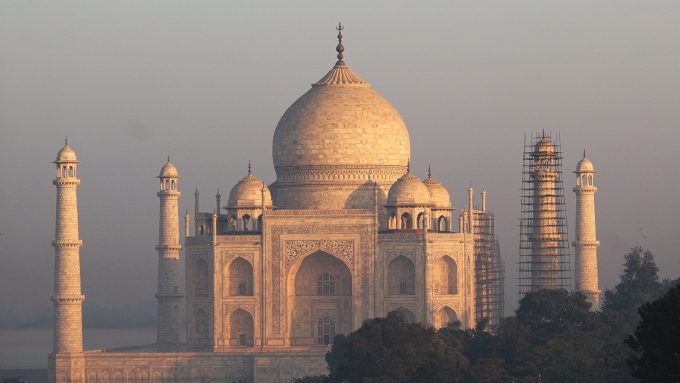 The Indian stock market has proved an unlikely safe haven over the past three years. After an astonishing recovery in 2020 and 2021, Indian investment trusts continued their resilience in 2022, only outpaced by commodity-focused markets. Its strength is in notable contrast to China, which languishes at the bottom of the performance tables. It suggests China’s moment as the darling of emerging markets may have passed, with India taking the crown.

Modi fixed the roof when the sun was shining

There are a number of clear reasons for its strength. It has been well-governed, with the Narendra Modi administration pursuing an ambitious reform agenda. David Cornell, manager of the India Capital Growth fund, says: “India has been through a period of political stability and decisive policy action, in direct contrast to many areas across the globe.”

“During Covid, India went through a turbulent moment, but dealt with it very well. It did not throw the kitchen sink at it, spending only a small proportion of its fiscal budget. The Ukraine crisis has undoubtedly set the market back, but on the whole India has been put to the test and passed with flying colours. Modi fixed the roof when the sun was shining.”

India has not proved as vulnerable to rising oil prices as many initially believed. While it is a significant oil importer, Ayush Abhijeet, adviser to the Ashoka India Equity Investment Trust, argues that this has not held the economy back: “The sensitivities of macro variables to oil prices is in line with what is observed for most other emerging markets.” Faster economic growth has helped reduce the impact of high oil prices, which have now started to tick lower anyway.

Elsewhere, inflation is relatively benign – particularly when set against the pain experienced elsewhere round the globe. Abhijeet says India’s CPI remains at or near the Reserve Bank of India’s tolerance band of 2%-6%. Cornell says that the country doesn’t have a domestic inflation problem: “It hasn’t been printing money and there isn’t excess money supply. There is no wage price problem because there is plenty of excess labour in India. Inflation, where it exists, is imported.”

In another notable contrast to the rest of the world, India also has growth. The economy is expected to grow by 6.8% in 2023, well ahead of China and most of its emerging market peers. India has also side-stepped many of the structural challenges of China – the geopolitical headwinds and weakening exports, plus government interference.

It also has a demographic advantage. Kristy Fong, manager of the Aberdeen New India fund, points out that labour participation rates are increasing, particularly among women, with almost 9m people joining the labour force in April. This expansion is in direct contrast to the ageing demographics in China and is helping build a robust consumer economy and increases India’s self-reliance.

If these elements have all contributed to India’s recent popularity, they cannot entirely shield the country from the ravages of the global economic slowdown. Abhijeet says: “Even as India could emerge as the fastest-growing major economy for the next few years, challenges surrounding the global economy will not leave India unscathed.

“It is true that India’s trade linkages with the rest of the world, as a proportion of its GDP, are lower compared to peers. However, some sectors and stocks will be vulnerable to a slowdown in developed economies.”

That said, he believes India’s corporate sector should be more resilient than the rest of its emerging market peers, as has been the case in previous downturns. It may also benefit if international asset allocators start looking for a new home for their capital away from China. Investors are already fleeing China[1] – China’s national financial accounts show a net $101bn of international investment was pulled out over the six months to June.

Cornell says the development of a domestic investment market has left India less reliant on international capital flows: “More recently, domestic pension funds have supported Indian equities. They have been buying equities much more actively, which is really positive.” He adds that India is on track to become the world’s third largest economy within 10 years, yet it is less than 1% of the global index. This looks anomalous.

However, it is the maturity of the corporate sector that is India’s greatest selling point. Abhijeet says: “A study published by Wall Street Journal found that during the 10 years from 2009-2018, an average active manager in India generated annualised excess return of 3%, the highest globally. While there are strong opportunities across the market capitalisation spectrum, India has a large midcap segment which is typically less well researched and hence more inefficient, thereby providing strong alpha generation potential.” Fong says that return on equity has been sustainably higher in India.

India is still an emerging market

If this makes an allocation to India appear to be a no-brainer, there are a number of elements that should temper investors’ enthusiasm. India is still an emerging market. While it may benefit from emerging market investors reallocating from China, it cannot transcend the risk aversion towards all emerging markets at a time of global economic weakness.

Equally, the market is expensive compared to history. Unlike most stock markets around the world, multiples in the Indian market are higher than their long-term averages. Cornell says: “Compared to their emerging market peer group, valuations are expensive and it can put people off. However, the peer group average has been distorted by the poor performance of China, so the comparison is not entirely accurate.”

Structural investment opportunity at a discount

Nevertheless, the four investment trusts in the sector are all trading at discounts to net asset value – over 20% in the case of JP Morgan India and Aberdeen New India. There is significant disparity between the performance of individual trusts, with the Ashoka India Equity trust up 89.4% over three years (source: QuotedData, to 26 October), but the JP Morgan India trust up just 11.8%.

India provides a structural investment opportunity. It combines attractive demographics, robust private enterprise and ongoing reform, with political and economic stability, and corporate strength. The consumer remains in robust health, with low debt, high savings and rising wages. For investors, the decision will be whether these undoubted attractions – increasingly rare as the global economy weakens – merit the higher price for Indian equities.

Over the 12 months ended 30 September 2022, JPMorgan Indian Investment Trust generated a return on NAV of 6.3% and a return to shareholders of 0.6%, lagging the […]

Aberdeen New India Investment Trust (ANII) has released its half year results for the six-month period ending 30 September 2022. Over the reported six month, ANII reported a […]

The annual results of Ashoka India Equity Investment Trust have been published, covering the 12 months to 30 June 2022. The NAV return was 9.6% over the period […]

In QuotedData’s morning briefing 26 September 2022 India Capital Growth (IGC) had a difficult start to 2022, underperforming the BSE Midcap total return index by 6.2% over the […]