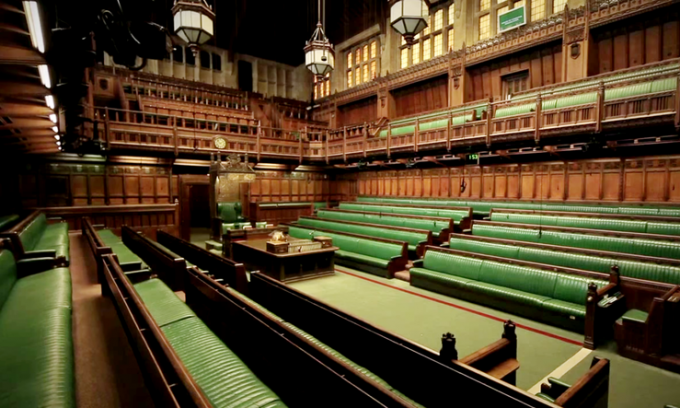 March was a better month for markets, with each of the indices in the adjacent chart rising by at least 2%. This was even true of the UK, where Brexit uncertainty is as bad as ever. Investors still appear to be seeking safe havens; government bond yields tightened (as their prices rose). One of the stand-out performers was India, despite the oil price rise, where it seems more likely that Modi will be re-elected.

Uncertainty prevails, with opinion divided as to whether markets represent good value.

Peter Moon, chairman of Scottish American highlights a number of wildcards (including Brexit, China’s economic growth and international trade) that make predicting the future challenging. Andrew Bell, Witan’s CEO, says time appears to be more clearly on the side of contrarian, patient equity investment than a year ago, with valuations lower and risk aversion in the ascendant. The managers of Alliance Trust think market expectations for US earnings growth for 2019 are optimistic – leaving scope for earnings disappointment.

Simon Fraser, chairman of Merchants Trust, believes that UK shares are relatively cheap, in spite of the mixed economic and political signals all around us. Robert Lister, chairman of Aberdeen Smaller, believes that levels of uncertainty have elevated globally, and particularly so in the UK with the Brexit issues. The manager adds that quality is becoming increasingly important and that the small-cap space remains an attractive hunting ground. Andrew Sutch, JPMorgan Claverhouse’s chairman, believes most of the worst news has been priced into the market, which is presenting opportunities. The fund’s managers add that they do not believe a global recession to be imminent, which in their view has been priced into equity markets. Frank Ashton, executive chairman at Athelney Trust, focuses on the uncertainty created by Brexit and the protectionist rhetoric coming out the US, with signs that global companies are moving capacity away from the UK. Elsewhere, the managers at Dunedin Income predict a high chance of further market volatility.

The managers at Schroder Asian Total Return remain fairly pessimistic in their outlook for Asian markets, on the basis that global liquidity will continue to tighten with monetary policy no longer as accommodative and the view that trade tensions between the US and China are unlikely to let-up. They also see Asian exports having a tough year and China not being to stimulate its economy as it has done previously. The managers at Symphony International Holding paint a more sanguine picture, expecting the Asian economies to continue growing and pointing to longer-term forces such as the growing spending power of middle-class consumers.

Jack Perry, chairman of European Assets, believes it is important to remain focused on the fundamentals in uncertain climates, pointing to how sanguine investors were a only a year ago. He does, however, share concerns about how the gradual unwinding of central bank support will play out. European Assets Trust’s manager makes a similar point. He believes the outlook for the global economy to be at its most uncertain since the financial crisis and stresses the need to focus on fundamentally solid companies that can deliver irrespective of the market cycle.

An ageing population in China creates enormous demand. Equity finance for biotech companies may be harder to come by

The managers of BB Healthcare draw attention to China’s ageing population and the growing healthcare needs associated with that. The managers of care home company, Impact Healthcare REIT, still see a shortage of supply in their market. The managers of biotech finance company, BioPharma Credit, think that biotech companies are going to find it harder to access stock markets for funding and will be turning to debt instead, where they can.

Where you position yourself in the debt market depends on your view of the severity of any downturn. Many commentators seem relatively optimistic

Norman Crighton, chairman of RM Secured Lending, thinks investors should favour higher quality secured debt investments as we approach the end of the economic cycle. Rupert Dorey, chairman of NB Global Floating Rate Income, suggests that short duration asset classes are the place to be. The managers of that fund are not expecting a recession in the near term and valuations are pricing in modest levels of defaults. Alex Ohlsson, chairman of GCP Asset Backed Income, notes that mainstream lenders are still constrained in their ability to lend, allowing opportunities for other lenders. John Hallam, chairman of NB Distressed Debt, notes that their part of the market was resilient in 2018.

Political threats to the infrastructure market are dismissed

Colin Maltby, chairman of BBGI, discusses the prospect of political changes on the PFI/PPP and PF2 markets (the various wheezes whereby the UK government finances infrastructure). The managers emphasise the attractions of geographic diversification, given that backdrop. Mike Gerrard, chairman of International Public Partnerships, says that governments and regulators are committed to the private finance model. The managers of Premier Global Infrastructure say that many of the companies they follow are producing very strong earnings growth.

Tim Breedon, chairman of Apax Global Alpha, foresees an increase in public-to-private deals in the current environment, a sentiment echoed by the managers of that fund. They think the future looks brighter for debt rather than equity. Hamish Mair, manager of BMO Private Equity notes that prices are rising for private equity deals but sees value in the lower mid-market area of private equity. The managers of LMS capital concur; their niche is in the sub £50m enterprise value and they say there is much less competition here.

Uncertainty helps perpetuate the demand for yield in the UK

Martin Moore, chairman of Secure Income REIT, says uncertainty is likely to persist in the UK well beyond 29 March and quite possibly for a number of years. He thinks that this is likely to perpetuate the “lower for longer” interest rate environment in the UK and the search for yield. Stephen Inglis, manager of Regional REIT, talks us through the landscape for UK regional property in some detail. They think a lack of new supply underpins the attractions of regional offices. The managers of TOC Property Backed Lending highlight the divide between the housing markets in London and the North East (the focus of their fund). Tim Atlee, CEO of Empiric Student Property, provides an in-depth look at the dynamics of the student accommodation market in the UK.

The picture is rosy in some European property markets

The investment managers behind Starwood Europe Real Estate Finance highlight the attractions of property markets in Ireland and Spain. Glyn Hirsh, CEO of Raven Property, reports a picture of rising rents and a stronger economy in Russia.

We have also included comments on North America from JPMorgan US Smaller Companies; global emerging markets from Fundsmith and ScotGems; India from Indica Capital Growth and Apax Global Alpha; and the Technology sector, courtesy of Walter Price, manager of Allianz Technology.