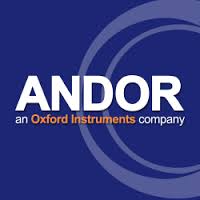 Herald Investment Trust has released its results for 2013. Over the year Herald’s net asset value rose by 26.9% but the share price did even better, rising by 33.5% as HRI’s discount contracted from 18.9% to 14.7%. By comparison the Numis Smaller Companies Index plus AIM ex investment companies rose by 27.7% and the Russell 2000 small cap. Technology Index rose by 38.3% in sterling terms.

The appreciation in Herald’s net asset value took it beyond the peak it achieved in the height of the tech boom in 2000. The fund’s underperformance against comparative indices in 2013 was attributed by the manager to strong performance from cyclical recover stocks that the manager had avoided.

Tech stocks have been back in vogue and takeover activity has been picking up. Herald’s report mentions one stock, Andor Technologies, where they refused a bid for the stock at 70p in 2009 but managed to sell it in 2013 to a bid for 525p.