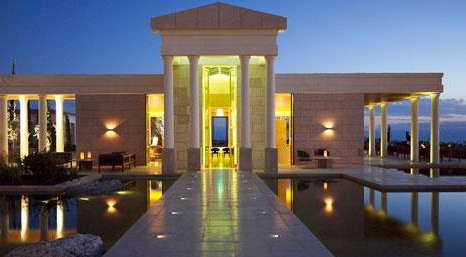 Dolphin Capital has announced results for the half year to end June 2014. The net asset value rose by 5.7% over the period to €0.99 (€0.86 taking deferred taxes into account).

They report progress at Amanzoe with one villa sold, more sales under discussion and four new villas available for rent – the Colony Capital transaction completed as planned. They are talking to a bank about securing €16m of finance (plus a €6.5m VAT facility) for the planned Jack Niklaus Golf course, club house and beach resort at Kilada Hills – they say they need an additional €14m of equity finance for this project. Nikki Beach at Porto Heli opened for business. Dolphin have put Venus Rock Golf Resort up for sale (after the sale agreement with China Glory fell through). Construction is progressing at Playa Grande in the Dominican Republic. Construction at Pearl Island, Panama (where they are building a Ritz Carlton Reserve hotel), is scheduled to commence in 2015. Amankea in Greece is ready to go bar securing €16m of outside funding. They have sold two villas at Lavanta, Turkey and land at Syros in Greece. The planned acquisition of an island in the Bahamas will not now take place – they did not think the projected returns on the project were high enough.

At Aristo they say sales performance is “poor”. This is putting a strain on that company’s finances and they are considering a “project level debt-to-preferred-equity conversion”. They also have adverse publicity to contend with in the form of “an investigation carried out by the authorities with regard to the subdivision of 177 land plots in a 160,000 m(2) site owned by Aristo in the Paphos area”.

In QuotedData’s morning briefing 19 July 2021: BB Healthcare (BBH) has published its half-year results for the six months to 31 May. Its share price total return was 8.3% […]

In QuotedData’s morning briefing 30 June 2021: International Public Partnerships is looking to raise money by issuing shares at 165p, a 15% premium to the end December 2020 NAV […]

Dolphin Capital asset disposals gather pace in 2018 – Dolphin Capital (DCI), the Mediterranean focused developer and investor in luxury residential and resort projects, made a number of […]

Dolphin sells Amanzoe – Dolphin Capital Investors has agreed to sell its 100% interest in Amanzoe and 20 of its Kilada Hills Golf plots to Grivalia Hospitality S.A.. Grivalia is […]

Dolphin Capital sells Sitia Bay project – Dolphin Capital Investors says that it has entered, on 18 January 2018, into an agreement for the disposal of its 77.8% […]